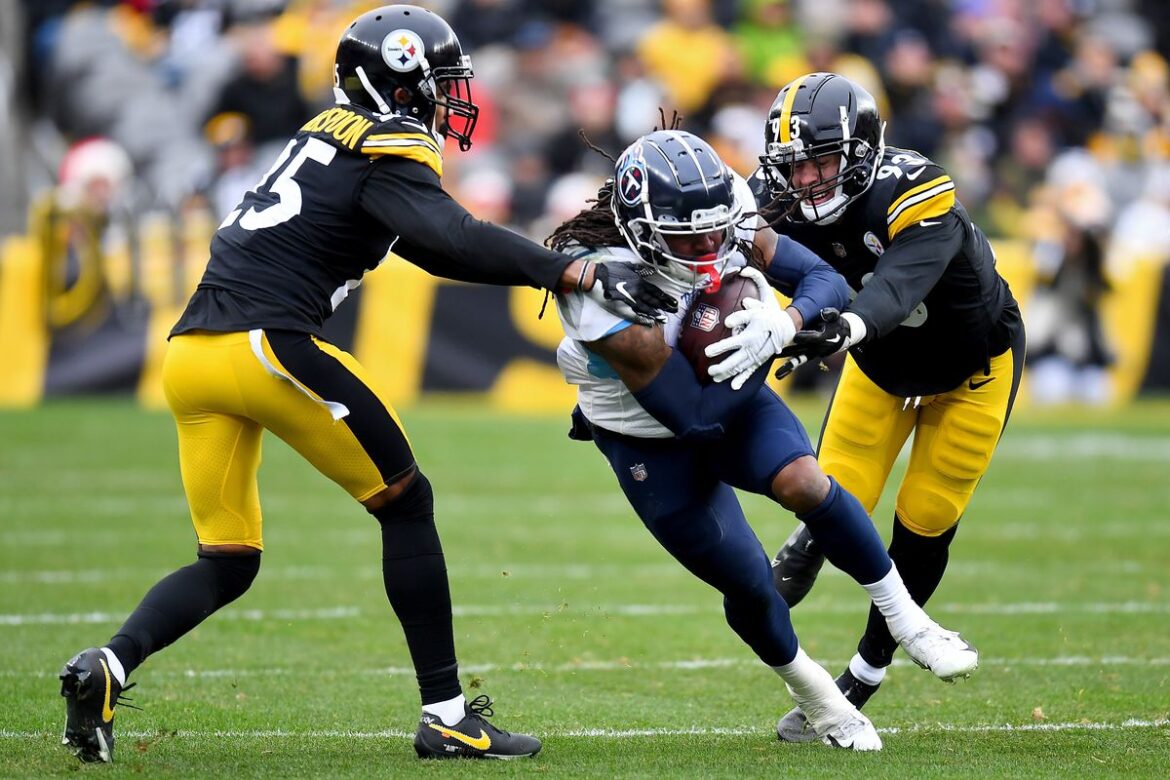 It won’t be long now until we start seeing the NFL teams take to the grass for preseason but already we – and everybody else – are looking at how the offseason has gone and predicting what stands ahead in the coming campaign. Here we are asking whether or not the Pittsburgh Steelers are ready for the new season and whether the football betting odds favor them right now.

A brief recap of last season

Before we look at what has happened this offseason and what awaits in the new campaign, we thought we should take a quick look back at how last season played out. It is probably best described as a mixed bag; in no way shape or form was the campaign a disgrace but nor was it a stellar one that will live long in the memory.

Offensively, the Steelers struggled to pull up any trees. 2021 draft pick Najee Harris and wise head Ben Roethlisberger are both capable players but they were like lambs to slaughter most of the time with zero protection; that saw them put up some of the worst offensive stats in the league. Thankfully, their defense was capable of holding that shoddy offense up with T.J. Watt the star man on the roster.

Regardless of being far from perfect, the Steelers still made the playoffs last year. That exceeded the preseason expectations but still it felt like a missed opportunity.

The Steelers are likely to be a different proposition this season compared to last with the offseason having seen somewhat of a shake up. The first and most prominent change has unquestionably the retirement of Roethlisberger; this leaves the door open for a new quarterback in town for the first time in over a decade! Mitchell Trubisky was brought in to compete for the spot along with their rookie signal caller, Kenny Pickett.

Another big roster loss has had to be swallowed in the shape of Juju Smith-Schuster. Like the QB role, this is the first time for a long time that the wide receiver position is being changed up although, in truth, both parties could probably do with a refresh. With news of Smith-Schuster going, the Steelers moved to pick up George Pickens and Calvin Austin.

They’ve then poured focus on their offensive line, which is a position they’ve struggled with over the last few years courtesy of retirements and offseason losses. Mason Cole and James Daniels are two guys that can be looked at as positive moves for the organization. On top of that, we can’t forget that they brough in Myles Jack from the Jacksonville Jaguars to bolster their linebacking unit as well.

All in all, it looks like the Steelers are ready to come back stronger than before with a lot of new faces across their roster including a new quarterback.

Right now, it’s hard to tell where this Steelers will stand halfway through the regular season. The expectation is that Trubisky will start in the season opener before the fans quickly demand that Pickett gets some playing time in the offense. Najee Harris will bring some electricity to their backfield and can, with a bit of luck, be defended by the offensive line a little better than last year.

That said, the driving factor of this team is once again going to be their defense. The addition of Myles Jack should give Devin Bush a big hand in the middle of the field and they’ve also held onto veteran boys in the secondary such as Cam Sutton; that should allow them to keep some level of consistency back there. The pass rush will be good once again with T.J. Watt and Cameron Heyward.

The only real question mark on the defense will be around who plays which cornerback spots. Beyond that though, we should be looking at a far better Steelers outfit that last year but that will rely on one of Pickett or Trubisky bringing the heat. The absence of Smith-Schuster, who could cause an off the field storm, could become a positive too.

Last but not least we need to talk about the coach. For years now, the Steelers have been led by Mike Tomlin. The brutal truth here is that he is going to have to step up his game this season.

There are a lot of new faces on the roster and, whilst on paper they should be stronger, Tomlin needs to keep them all in check moving forward – particularly Chase Claypool, who has the potential to become another Smith-Schuster away from football.

As for actual gameplay, defensively Tomlin seems to have things largely nailed down but the play-calling has been poor for a while. That needs to be addressed – and quickly.

As a roster, this team has the bits and pieces to make a good go of things this season. Now it is about getting the side organized and, ideally, getting a tune out of the big players.  A tilt at the Super Bowl feels unlikely but another run into the playoffs should be the minimum expectation for this team. It is going time.

SCB Steelers Podcast 277 – They Named It What?