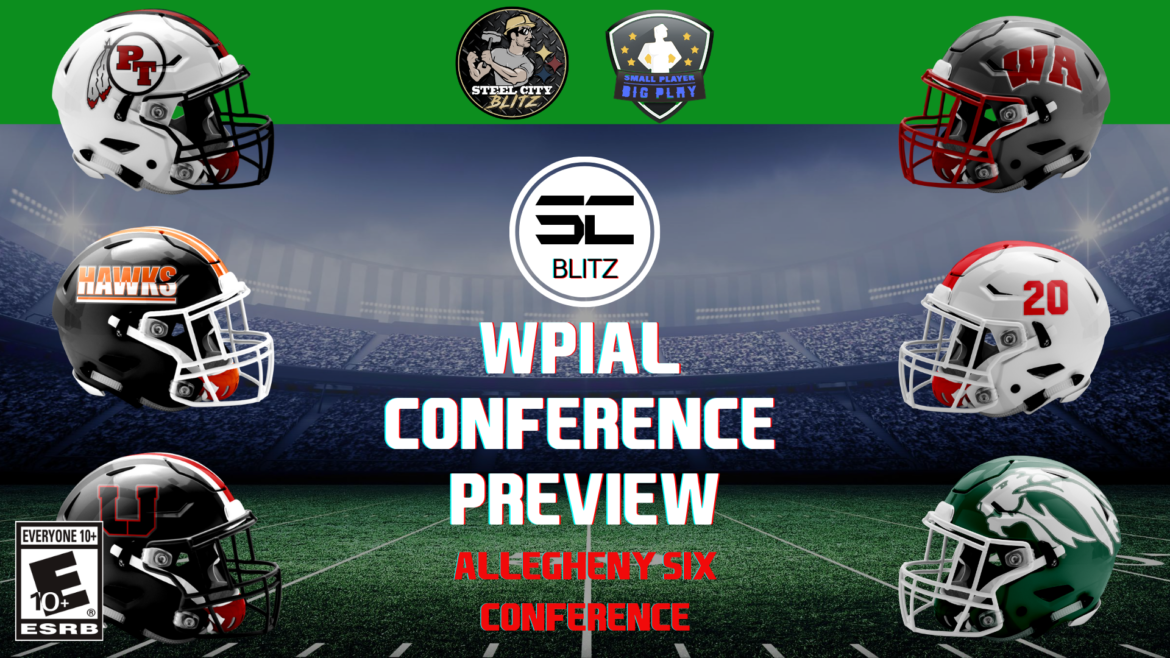 The deepest classification in the WPIAL this season is 5A. There will once again be three conferences, but unlike last cycle where there were 24 5A teams, now there are only 18. Despite losing 8 programs to other classes, two marquee names were added to the group. Pine-Richland, who won the WPIAL and PIAA titles in 2017 then repeated as WPIAL Champions in 2018 before falling in the WPIAL final last year, moves down from 6A. Moving up from 4A is South Fayette who has a WPIAL-leading 64-game conference winning streak. South Fayette joins the Allegheny Six Conference, replacing Baldwin who moved up to 6A this cycle. Peters Twp is on an historic run of success over the last few seasons and looking to take the next step. In 2018 they reached the semifinals for the first time since 1976 then last year made it to their first WPIAL final in school history, falling to Gateway 21-20. The Indians had the best defense in 5A, holding opponents to just 9.4 points per game, and led by Florida-commit Safety Donovan McMillon and Miami (OH)-commit LB Corban Hondru. Peters Twp returns QB Logan Pfeuffer who was 5A’s second-leading passer last season with 2368 yards and 24 TDs. Besides Pfeuffer, nearly all of the significant offensive contributors graduated. Peters Twp lost their top 4 rushers and top 3 receivers. Vincent Siranni (167 yards, 3 TDs) is the top returning rusher. On the outside, Breylen Carrington (128 yards), Lucas Culan (121 yards), and McMillon (102 yards) are the top returning receivers. Peters Twp also figures to be strong in the trenches with two-way linemen Austin McKinnon and Ethan Spang leading the way. Last year marked a changing of the guard as Mike Junko took over for legendary coach Jim Render. Possibly the biggest change for Upper St Clair was the addition of decals onto their helmets after they had rocked an all-black lid for decades. The Panthers were the Cardiac Cats last year, coming from behind in the second half multiple times and playing 8 games that finished within two scores. Senior QB Ethan Dahlem led the team in passing (2218 yards, 17 TDs), rushing (951 yards), and scoring (15 TDs). Dahlem is one of the top dual-threat QBs in the WPIAL and a threat to join the 1000/1000 Club this season. USC also gets back leading receiver David Pantelis (1169 yards, 9 TDs) who led the WPIAL in receptions last year with 77. Pantelis has offers from a number of Ivy League schools. The Panthers got a number of contributions from underclassmen last season and return their top 2 running backs in Ethan Heister (425 yards, 1 TD) and Jaden Keating (305 yards, 5 TDs). On the outside, in addition to Pantelis, Mateo Cepullio (372 yards, 6 TDs) also returns. South Fayette’s rapid growth has seen the district jump from a AA team in 2015 (the final year of 4 classifications) to 4A in 2016 and now to 5A in 2020. The Lions have won an astounding 64 consecutive conference games, dating back to 2011. That run will be tested this season as they move up into a brutally tough conference. South Fayette has faced neighboring Upper St Clair in Week 0 each of the last two years and lost narrowly both times. The Lions have another star at Quarterback, a hallmark of Joe Rossi’s teams. Naman Alemada edged Sto-Rox’s Eric Wilson by 6 yards to win the regular season passing crown last year and finished the season with 3004 yards and 32 TDs. Alemada will return his top three receivers from last season, led by Charley Rossi (820 yards, 8 TDs) who has a handful of offers from FCS schools. Ryan McGuire (778 yards, 8 TDs) is also a rising senior while Joey Audia (738 yards, 8 TDs) led South Fayette in receptions last year as a freshman. Second-leading rusher Shay Aitken (516 yards, 4 TDs) will take over the lead back role after averaging 6.4 yards per carry as a junior. South Fayette is once again stacked with talent and has established a tradition of winning, but this year’s schedule will be an absolute gauntlet. 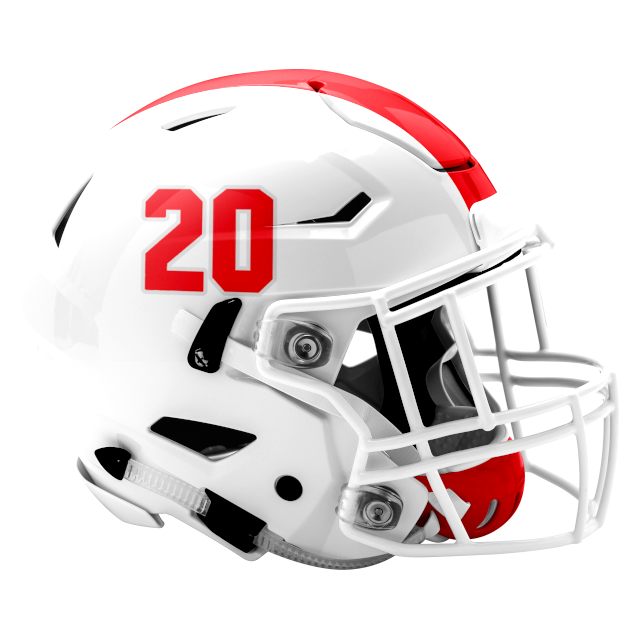 Moon won the Conference title last season, ending a 4-year playoff drought. The Tigers won their first playoff game since 2004, topping Franklin Regional in the opening round before falling to conference foe Peters Twp. Rising junior Tyler McGowan split time last season under center, throwing for 670 yards and 7 TDs. Leading receiver Dawson Snyder (565 yards, 7 TDs) returns to give the Tigers a reliable playmaker on the outside. With the top two rushers graduating, Moon’s top returning rusher is junior Jeremiah Dean who ran for 147 yards and added 142 receiving yards and scored 6 times. If Moon opts to play Dean at WR opposite Snyder, fellow junior Dylan Sleva (who found the end zone 3 times last year) could step in to the lead back role. Moon boasted the 5th-best defense in 5A last year, allowing just 17.3 points per game and will need to remain stout to compete in this loaded conference once again. 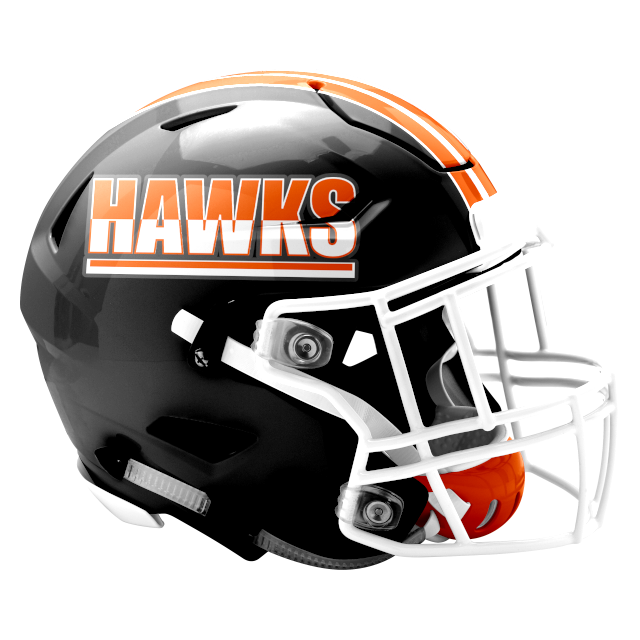 The Black Hawks have reached the postseason in 19 straight seasons. They narrowly lost in the quarterfinals to eventual WPIAL Champions Gateway 17-13 lat season. Bethel Park saw 25 players graduate from last year’s squad and will need to find replacements across the board. The top returning rusher is Troy Volpatti (167 yards, 2 TDs). 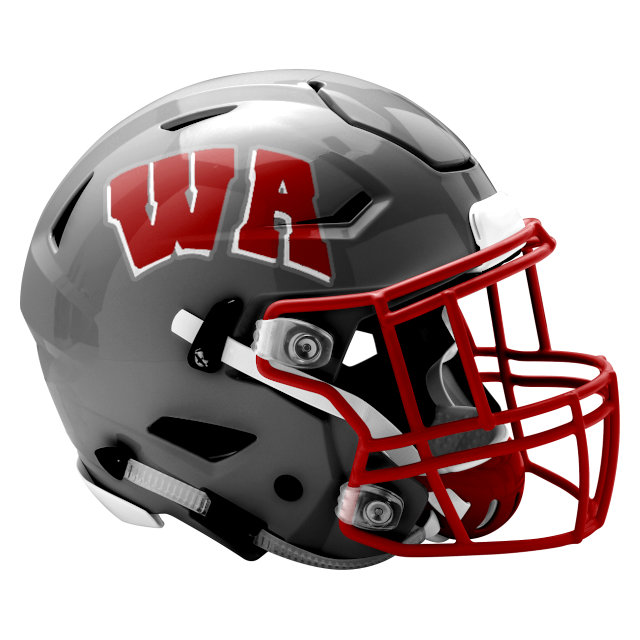 After reaching the WPIAL Championship Game in Bob Palko’s final season in 2018, West Allegheny failed to make the playoffs last year for the first time in a decade. The Indians will bring back a number of players from last year’s team, including junior QB Gavin Miller (1026 yards, 8 TDs). Leading rusher Nico Flati (392 yards, 9 TDs) returns for his senior season. The top returning receiver is junior Jashon Spencer who had 200 yards last year. West A will need to improve offensively where they were the only team in the conference to average fewer than 20 points per game. 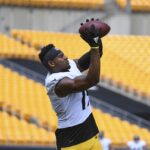 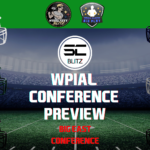