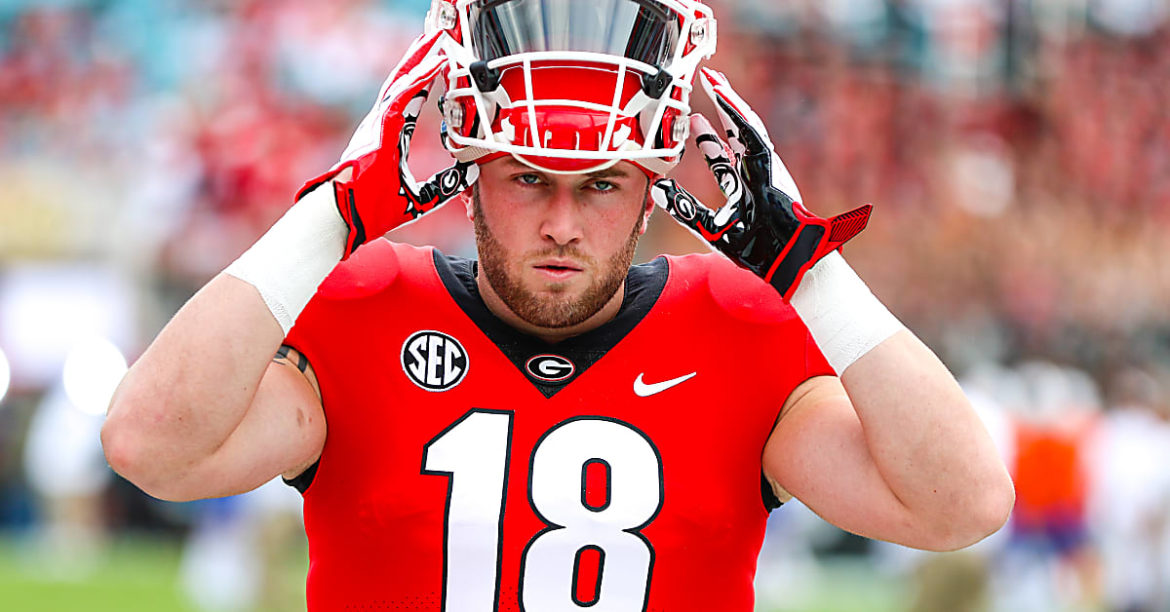 The fact that Jesse James is no guarantee to return to the Steelers means that tight end is a necessity. Georgia’s Isaac Nauta is a guy that brings some size and ability but just what kind of pro can he be is the question. I’m profiling him here.

Solid blocker at point of attack/wide base/technically sound… Can catch the ball in traffic and take hits while holding on… Has the ability to line up anywhere along the formation… Not exactly a guy who will make people miss bu showed some elusiveness after the catch… Gets off the ball better than other tight ends I’ve profiled… Has some decent pass blocking ability/Sets up well with a wide base… Understands angles as a ‘move’ tight end slamming down to block.

Not a very good route runner/Tends to round off his routes…  Stalk blocking needs work/DBs are able to get around him too easily at times… Fairly stiff upper body… Needs to get his arms extended more when blocking/Defender too often gets into his body and wins before he can adapt… Route tree is pretty limited.

Nauta is going to be really intriguing to me as the Draft rolls around and ultimately how his career pans out. He’s got some athleticism and the body type you want in a tight end who can do a little of everything. The question I have is can he make the next step in terms of improving his overall game enough to become a number one tight end? Right now I see a guy who will likely be a nice number two tight end or a guy that can fill in when a number one is down for a game or two. His blocking is ‘good’ but it can be better. His effort is there but I can see it being better. He runs decent routes but they have to improve. Get what I’m saying here? I have a feeling he’s going to test well at the Combine. He’s strong and he’s got decent speed for a tight end but his lack of utilization at Georgia worries me. This is a really deep group of tight ends so he might be on the board awhile.