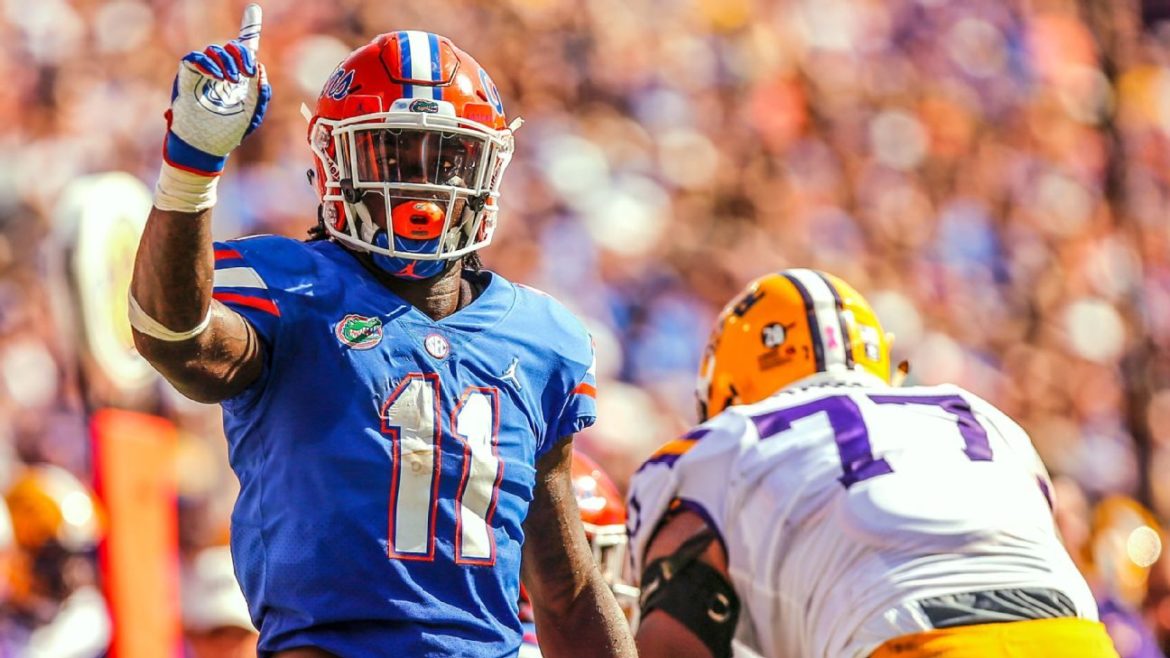 It is becoming increasingly evident after some time that the Pittsburgh Steelers lack quality in certain areas of the roster. This is evidenced perhaps more than anything else at inside linebacker, a role which hasn’t been correctly solidified since Ryan Shazier’s unfortunate season, and perhaps career-ending injury. That said, the Steelers may elect to prioritize other positions like cornerback or wide receiver with their top picks, so I’ve decided to take a look at Florida Gator Vosean Joseph.

– Hails from Miami, Florida.
– Attended Miami Norland Senior High School.
– Led the Gators in tackles in the 2018 season with 93 tackles.
– Participated in two bowl games in his collegiate career, these being: 2017 Outback Bowl & 2018 Chick Fil-A Bowl.

Reads most run plays efficiently. Very good tackler, always ensures the tackle is completed. Not only does he behold the ability to wrap-up the carrier, he also lays big hits more often than not. He is a handful at the LOS because of his shiftiness and speed. Has demonstrated the ability to get behind the line on several occasions. He is versatile in terms of blitzing, given that he has produced results in gap and at the line. Joseph possesses tremendous speed and gets downfield very well on run plays. In terms of admirable attributes, Joseph is a complete hustler, who leans on his work ethic as much as he does his athleticism. Will probably test well at the combine which will rise his stock well. He was also largely under-used as a Gator, which will improve his longevity in the league.

Take a look at some of Joseph’s hard-hitting ability below:

Vosean Joseph has a Swiss Cheese amount of holes in his game right now, which can be mostly attributed to aggressiveness.

However, it’s plays like these that exude his tenacity and swagger that make be so bullish about his future. This is a COLLISION.pic.twitter.com/qZVMFxY0Ab

In terms of diagnosing passing plays, Joseph is one of the last players to decipher his role on a play and takes awhile to make a decision. Evidently, mental processing is an issue. Would like to see more usage of him in pass coverage. Must improve the angles of which he takes in order to attack the ball carrier. Size could be a limitation as he is fairly under-sized for the position. Can be eaten up at the line when he uses poor angles by bigger O-lineman. That said, he boasts good length, so will just have to bulk up a little.

Whilst I believe Joseph possesses a clear upside and plenty room for improvement, he is far from the complete prospect. That is for certain. Obviously, he is an athletic freak and does boast certain explosive skills like blitzing prowess and hard-hitting ability. However, his limitations are fairly severe, which means I am not confident that Joseph can be installed at ILB from day one for the Steelers. As a result, I believe he ranks around the third round in terms of his talents as of now. On the other hand, I would welcome the organization selecting him in the latter end of the fourth round should that be a possibility, given that I think he can be a solid starter by years 2 and/or 3.