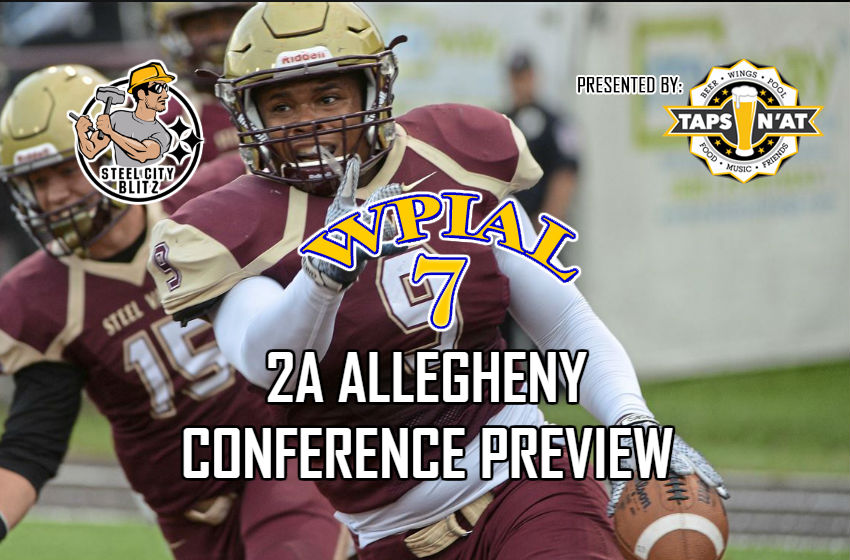 Class 2A saw the biggest changeover of teams in any WPIAL classification. This realignment cycle increased the number of teams from 23 to 31. Additionally, 6 teams moved down from 3A while only one moved up and 5 moved up from 1A while 3 moved down. This year, Class 2A has moved to 4 conferences from which the top 4 teams will make the playoffs. The WPIAL Championship will be played at Norwin High School and the winner will advance to the semifinals of the PIAA Playoffs. The Allegheny Conference features three teams that moved down from 3A (Shady Side Academy, Valley, and Apollo-Ridge) and one that moved up from 1A (Summit Academy). This conference will likely be a battle between Steel Valley and Shady Side Academy, which both feature multiple players with D1 talent. Steel Valley and Shady Side Academy are not only the conference favorites but should be considered among the favorites to win the WPIAL 2A title.

The Ironmen have been one of the most successful WPIAL teams in the 6-classification era. In 2016 they ran undefeated through the regular season and breezed to the WPIAL and state Championships, winning every game by mercy rule. Last year, they completed another perfect regular season and made a run to the WPIAL Championship where they fell to Washington. Even though 17 seniors graduated, Steel Valley is once again loaded for a monster season. Quarterback Ronnell Lawrence split time last season and threw for 722 yards and 10 TDs. Leading rusher Kameron Williams (1091 rushing yards, 216 receiving yards, 19 total TDs) returns for his senior season. Steel Valley’s best player is thumping linebacker Todd Hill who has committed to Howard and might be one of the most feared defenders in the entire WPIAL. Hill also ran for 214 yards and scored 6 TDs last year.

The Indians barely missed the playoffs last year. A 7-point loss to Freeport in Week 4 was all that kept them from their first playoff berth since 2014. Now, they enter 2018 with a loaded roster and one of the favorites in 2A. Senior QB Skyy Moore joined the prestegious 1000/1000 club last year when he threw for 1184 yards and 11 TDs and rushed for 1321 yards and 24 TDs. Moore has already received a load of scholarship offers from FCS schools. Leading receivers Dino and Mason Tomlin, the sons of Steelers head coach Mike Tomlin, also return. Dino led the team with 714 yards and 9 TDs last season and has offers from a number of D1 schools. Only 5 seniors graduated from last year’s team and with the talents of Moore and Tomlin, Shady Side has a shot to reach their first WPIAL title game since 1998.

The Lopes have enjoyed a decade of success, reaching the playoffs in 10 straight seasons and only losing in the first round twice. They also reached the WPIAL Championship in 2014 (losing to Clairton) and the semifinals two other times. Last year they upset Charleroi with an outstanding defensive performance in the first round of the playoffs before falling to Riverside. The pass-heavy Lopes offense will return senior QB Derek Johncour (1795 yards, 13 TDs). Leading receiver Turner Grau (874 yards, 10 TDs), whose father held the WPIAL single-season receiving records until Mt. Lebanon’s Aidan Cain broke them last year, also returns for his senior year. Senior WR Jake Harper (162 yards, 1 TD) and junior RB Jax Miller (170 rushing yards, 113 receiving yards, 6 total TDs) also return as weapons for Avonworth’s offense.

The Vikings moved down to 2A after spending the last two seasons in 3A. Valley’s last trip to the playoffs came in 2013. Senior RB Deone Ross led the team in rushing and scored 9 times. Quarterback Tyler Green also returns for his senior season. Noah Hutcherson also returns after a stellar defensive season and scoring 3 offensive touchdowns. Only 7 seniors graduated from last year’s team so Valley will have a bulk of their starters back on both sides of the ball to make a run at the playoffs.

The 2017 season started promising for the Vikings as they got off to a 4-1 start. Unfortunately, the wheels came off after their quarterback was injured and they lost their last 5 games, allowing over 33 points per game in that span. A pair of freshman stepped in and attempted to fill the role. Jake Fello (207 yards, 1 TD) will take over the starting role this season. Klay Fitzroy also spent time at quarterback (154 yards) but was the team’s leading receiver (224 yards, 4 TDs) and will remain outside this season. In the backfield, fellow sophomore Logan Harmon led the team with 618 yards and 11 TDs last year. Senior Alex Gamble will be the elder statesman of the offensive huddle after rushing for 222 yards, adding 171 receiving yards, and scoring 3 times last season. Though the young Vikings went through some growing pains in the second half of last season, the sophomore trio has the potential to build into something great.

The Wildcats won a playoff game last year for the first time since 2000. They have reached the playoffs in back-to-back years and are looking for their first run of 3 straight postseason appearances in school history. Their top offensive skill players all graduated so the Wildcats will need to find replacements across the board. The top returning player is WR Tyler Padezan (407 yards, 5 TDs) who has drawn some interest from FCS schools. Senior WR Ronnie McGill (208 yards, 2 TDs) also returns. Khyree Marshall was the team’s second-leading rusher last season but had just 147 yards and 3 TDs in the Wildcats pass-heavy attack.

The Knights are nearly impossible to gauge from year-to-year. Summit Academy is a school for adjudicated youth located in southern Butler County. Most students spend less than a year there, so they experience nearly complete roster turnover each season. Nevertheless, in his 15 seasons as coach, Steve Sherer has led the team to 2 playoff berths including last season. Summit will also be challenged by the increase in classification after moving up from Class 1A the last two seasons.