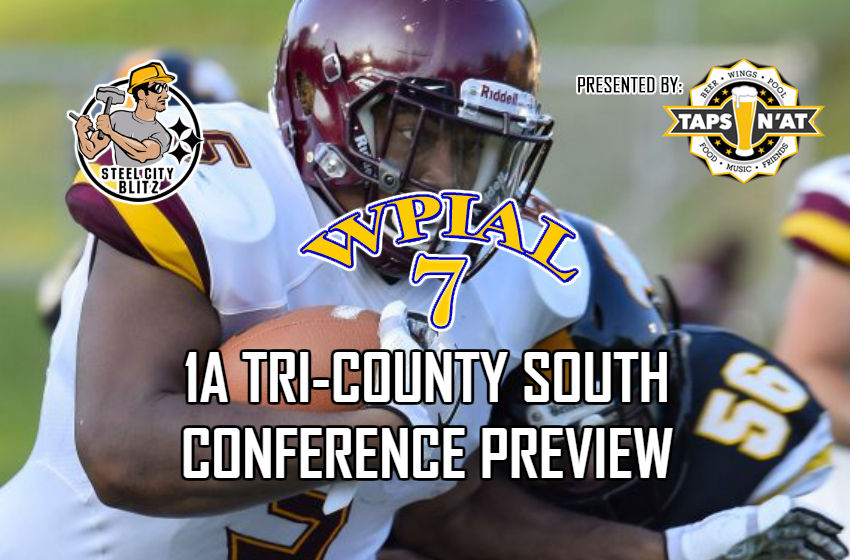 The competition in Class 1A got a lot tighter this year. In total, the classification has 2 fewer members than last cycle, but in practice a lot has changed. Rather than 16 teams making the WPIAL playoffs as did the last two years, only 8 teams will qualify this year. This means that only the top 2 teams in each conference are guaranteed a playoff spot. The two best third place teams will receive the last two playoff spots. Similar to how 3A was structured the last two years, no teams that finish 4th or below in their conference will make the playoffs. On top of all that, the 1A WPIAL Championship Game will once again be played at Heinz Field. Defending Conference Champion California returns a number of key contributors including conference player of the year Jelani Stafford. With the teams that finished in second and third place (Carmichaels and Fort Cherry) moving up to 2A, the race for the playoffs is wide open.

The Trojans put together one of the best seasons in school history last year. Their ground game dominated in the regular season to the tune of 53.8 points per game. They earned the top seed in the 1A playoffs and rolled to the semifinals where they fell to Imani Christian after the Saints took an early lead and took California’s running game away. California’s run to the semifinals was the deepest they had gone in the WPIAL playoffs since reaching the championship game in 1986. A number of key contributors return this year and the Trojans are poised to challenge for the WPIAL title once again. The biggest piece, literally and figuratively, is 260-pound senior RB Jelani Stafford who ran for 1608 yards and 28 TDs last season. Stafford has a number of scholarship offers from FCS schools. As a credit to California’s offensive line, 6 different players averaged over 10 yards per carry last season. Junior Cochise Ryan ran for 743 yards and also led the team in receiving with 359 yards and scored 15 times. Other returning backs include Austin Grillo (244 yards, 3 TDs) and Lucas Qualk (109 yards, 1 TD) who both averaged over 12 yards per carry. The Trojans didn’t throw much last year but will need to find a new quarterback heading into this season.

If you followed my WPIAL coverage last year, you would know that West Greene making the playoffs was one of my “bold predictions.” The Pioneers backed it up with a 7-3 regular season and reached the playoffs for the first time since 1993. Benjamin Jackson ran for 1286 yards and 13 TDs as a sophomore. Only one senior graduated from the Pioneers offensive line, so the group in front of Jackson should be much the same this year. Fellow junior Gavin Scott figures to take over at quarterback after seeing spot duty last year and throwing for 314 yards and 5 TDs. Leading receiver Nathan Brudnock (411 yards, 7 TDs) returns for his senior season. With Jackson returning in the backfield, along with juniors Austin Geho and Andrew Litton who both averaged over 5 yards per carry, the Pioneers are poised to make a run at a second straight playoff berth.

The Bearcats broke a 9-year playoff drought in 2015 when they reached the postseason. When the PIAA realigned to 6 classifications they were slotted into 2A where they came up short of the playoffs both seasons. Now, they are back in 1A looking to challenge for a playoff spot. Junior QB Shawn Dziak threw for 1515 yards and 16 TDs last season but lost his leading receiver to graduation. The top returning targets are senior Bruce Hook (168 yards) and sophomore Owen Petrisek (162 yards, 3 TDs). Leading rusher Spencer Fereza returns for his senior year after running for 313 yards and 2 TDs. Bentworth is a pass-heavy team that was boom-or-bust last year. They averaged 36 points per game in their 4 wins but only 15 per game in their 6 losses.

The Bucs enter 2018 on an 11-game losing streak after a winless 2017 campaign. In 2016 they had a low-scoring offense but a strong defense carried them to a number of close victories and into the playoffs. The offense was even more stagnant last year, averaging just 5 points per game while the defense fell apart and allowed 46.7 points per game. The hope is that the move down to 1A, and particularly into the Tri-County South Conference, will return Chartiers-Houston to their winning ways. Juniors Rob Ward and Sam DeWalt figure to take on big roles in this year’s offense. Ward split time at QB last year and figures to step into the starting role. DeWalt was the second-leading rusher with 187 yards. On the outside, leading receivers Tyler Blumen (137 yards, 2 TDs) and Anthony Lento (124 yards) are also juniors. A number of underclassmen played significant minutes last season which gives the Bucs a lot of starting experience heading into 2018.

The Greyhounds had missed the playoffs in 3 straight seasons before 2017. They scored a narrow 2-point victory over Jefferson-Morgan in Week 3 then topped Mapletown in Week 9 to break the streak and reach the playoffs. Their top players all return this season and look to challenge for the playoffs once again. Sophomores Isaiah Beltram (6 TDs) and Elijah Davis (3 TDs) saw significant playing time last year. Senior RB Vaughn Taylor is the elder statesman in the backfield next to Davis and Beltram. On the outside, a pair of seniors in Darnell Howell and Lyndon Henderson will be the primary targets. Monessen will need to find a new quarterback this season. The Greyhounds will need to improve on both sides of the ball after scoring just 14 points per game and allowing 33 per game last season.

The Rockets have not been to the playoffs in five years and have only made the postseason twice in the last decade. Despite losing their last 3 games by an average of 37 points, it was only a 2-point loss to Monessen that kept them from breaking the streak. Senior QB Jacob Broadwater threw for 598 yards and 8 TDs last season. Nine seniors graduated from last year’s team, including the top rushers and receivers. The top returning skill player is junior WR Zack Gamble who had 103 yards and 2 TDs last year. Jefferson-Morgan struggled to find the end zone last year, averaging just 14 points per game. They will need to improve on this mark if they want to challenge for a playoff spot this season.

After a playoff drought that lasted from 1977 through 2012, the Eagles have reached the postseason in 3 of the last 5 years. Avella went just 1-9 last year and struggled on the defensive side of the ball, giving up over 45 points per game – the worst mark in Class 1A. Dual-threat QB Owen English returns after throwing for 438 yards and 3 TDs and rushing for 637 yards and 10 scores. Second-leading rusher Frank Craig (267 yards, 1 TD) also returns for his senior season. Avella is one of the smallest schools in the WPIAL and graduated 8 seniors from a 22-man roster last season.

The Maples had high hopes last season and got off to a 2-2 start. However, a midseason injury to star running back Dylan Rush bottled up their offense and they were unable to recover. With Rush and 12 other seniors graduating, the Maples will need to find replacements at nearly every starting position. Brandon Donley saw some spot duty at quarterback last year and figures to take over under center. Junior Zachary Greene is the top returning rusher but he averaged just 2.1 yards per carry. It may be a long season for the Maples as they work in new players on both sides of the ball.