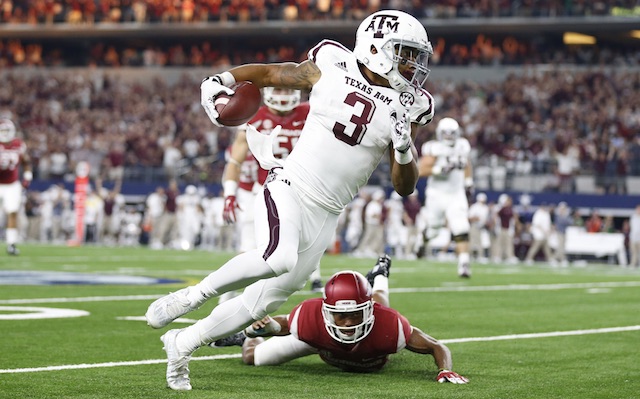 The Steelers seem to be wanting to bring in a slot receiver and Christian Kirk fits the bill in almost every way. His value as a wideout infused with his talent as a return specialist could have the Kevin Colbert chomping at the bit. They brought the Texas A&M product in for a pre-draft visit. Today we examine the electric prospect.

What’s to like: Prototypical size for a slot receiver. Very soft and reliable hands. Finds space well after initial route fails. Very physically and mentally tough. He’s what you want out of a run blocker. Electric after the catch. Has tremendous value as a kick and punt returner. Nuanced route runner vertically. Underrated in contested catches. Creates separation with quickness and burst. Is effective with jet sweeps and screens. Breaks tackles with shiftiness and uncanny approaches. Consistent production throughout collegiate career.

Concerns: Limited catch radius. Rounds his routes out a bit, needs to clean up the little things in route running. Needs to sell double moves better. Didn’t test very well athletically at the NFL Combine. Not very long arms or wingspan. Was not a high volume catcher in college, only three games in 2017 with seven or more catches in a game. Not a quick burst off the line.

Verdict: A mix of quickness, toughness and intangibles. A versatile player who wears many offensive hats along with being a valuable kick and punt returner. Martavis Bryant is expected to be gone after t he 2018 season, so the Steelers should be proactive in acquiring a replacement. The Steelers brought in Kirk for a pre-draft visit and I bet are praying he lasts until pick 60. I would be ecstatic if Kirk is drafted by the Steelers since he brings a ton of value to the table.

SCB Steelers’ Quick Hitters: The “Twas’ the Day Before the Draft” Edition 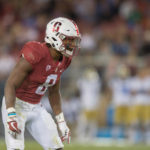