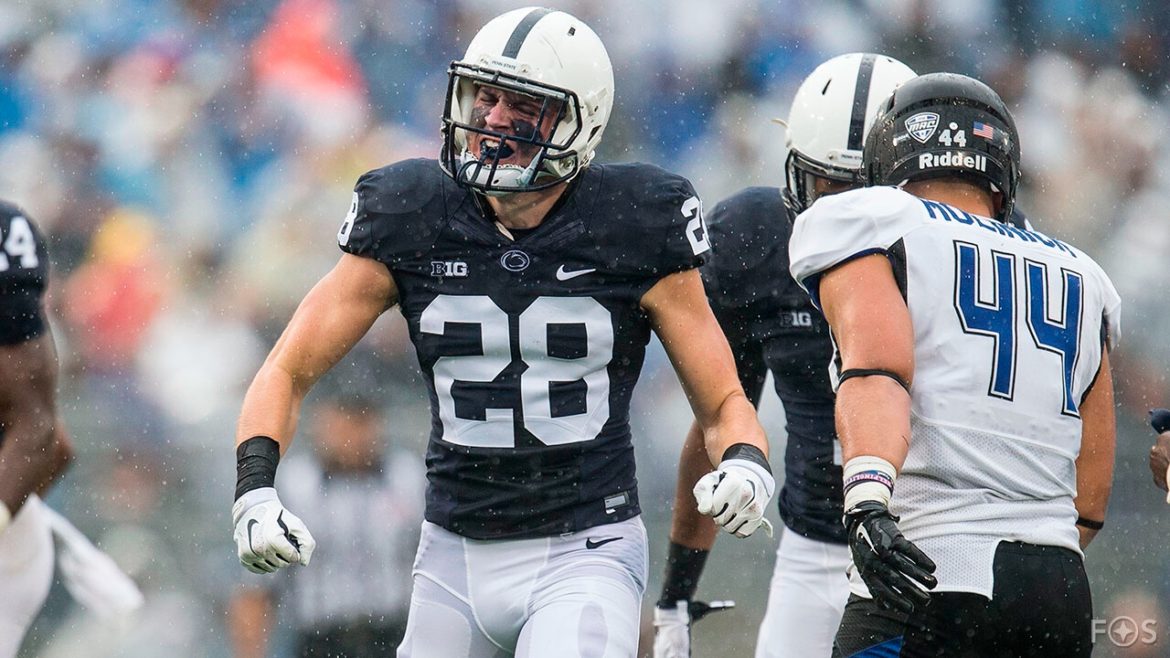 Since the 2014 draft, the Steelers have invested heavily in speed and athleticism on the defensive side of the ball. When looking at prospects who fit the Steelers mold, those who put up high SPARQ or RAS numbers (metrics that measure athleticism) are a good place to start. With the dismissal of Mike Mitchell and Rob Golden, the Steelers are certainly in the market for a safety in the Draft. However, with the signing of Morgan Burnett to a multi-year deal, the urgency of finding a starter in the early rounds has diminished. The Steelers have not invested a lot of draft capital in safeties over the years. Since the selection of Troy Polamalu in 2003 and the departure of Chris Hope in free agency in 2005, the Steelers have tended to find their safeties in free agency (Ryan Clark, Mike Mitchell, Morgan Burnett) rather than the draft. Since 2003, the Steelers have only used 5 of 116 draft picks on safeties (including Sean Davis who played both corner and safety). Davis was the highest of those selections (2016 2nd) with Anthony Smith (2006 3rd), Shamarko Thomas (2013 4th), Ryan Mundy (2008 6th), and Gerrod Holliman (2015 7th) being the others.

So Troy Apke was more than just a dude that ran a great 40 time. Pretty sick athletic numbers. #RAS

Background: Troy Apke is a Western Pennsylvania native who hails from Mt. Lebanon. In high school, he played receiver and defensive back, hauling in over 1000 yards and 13 TDs as a junior and over 700 yards and 7 TDs as a senior when he was first-team All-State. Apke was also a sprinter in high school and won the WPIAL 100m title and finished 5th at the PIAA Track and Field Championships. His athleticism and speed were on display at the NFL Combine when he put up eye-popping numbers in the 40-yard dash and the shuttle, cone, and jumping drills. Apke had his redshirt removed during his freshman year at Penn State and played in 6 games. He appeared in every game for Penn State from his sophomore year onwards, becoming a starter at safety his senior season when he earned an honorable mention to the All-Big Ten team. He was also the MVP of the NFLPA Collegiate Bowl (7 tackles, 1 FF, 1 INT).

What’s to Like: His speed and athleticism are off the charts. His highlights show flashes of quick read-and-react ability and he shows good diagnosis of plays in front of him. While mostly playing safety, he also played some man coverage on slot WRs and was good against in-breaking routes where he could use his explosiveness to close on the ball in the middle of the field. Comes downhill fast in run support, takes good angles to the ball. He showed some ability to navigate through traffic to find the ball. One of the things that jumps out about him the most is his active hands that he can flash quickly to break up passes and block kicks.

What’s Concerning: When he gets to the ball, he wraps up well but may lack some functional strength to get bigger players to the ground. He was often the first defender to a player but wasn’t able to get the ball-carrier to the ground until more teammates arrived. In pass coverage, he can get caught peeking into the backfield. He seems to like taking his first step forward, which can make him susceptible over the top to straight go routes. His only interception as a senior came on a  badly overthrown ball against Pitt. He did not make a lot of splash plays or generate many turnovers on the back end, especially for someone who played receiver in high school. While his angles in the run game are good, he has some work to do to improve his triangulation of the ball and receiver in pass coverage, especially when not playing man-to-man.

The Verdict: Apke was largely considered a late-round prospect before his stellar combine. That performance likely vaulted him up the draft boards, possibly into the late Day 2/early Day 3 conversation. He is still a bit of a raw prospect who will need some developmental time as he only has 1 year of starting experience under his belt. His tendency to want to play downhill can cause him to get beat over the top and while he was able to use his speed to recover in college, that may not benefit him as much in the pros. He is at his best when he can see the play and the ball in front of him and react. Apke can step in immediately on special teams and be a contributor in all four phases.

SCB Steelers’ Quick Hitters: The “Bell to the Shelf” Edition

SCB Steelers’ Quick Hitters: The “Meeting of the Minds” Edition