We have reached the halfway point in the WPIAL season. There was some significant weather that moved through Western PA this evening which caused some delays and forced some postponements until Saturday morning. Don’t forget to check out the updated WPIAL Standings Page to see where everyone sits in the standings after this weekend’s games.

Canon-McMillan 20, Hempfield 14
The Big Macs get their first conference win of the season and keep themselves in the playoff conversation.

North Allegheny 34, Mt Lebanon 3
The teams had to endure a long weather delay at halftime, but even after the delay the Lebo offense couldn’t find a way through the Tigers talented defense.

Pine-Richland 44, Norwin 7
The Rams got another solid victory in preparation for their showdown with Central Catholic next week.

Central Catholic 7, Bethel Park 6
The Black Hawks quest to become the first WPIAL team not named “Pine-Richland” or “North Allegheny” to beat Central Catholic since 2012 came up just short when they missed a game-winning field goal in the final minute.

Penn-Trafford 70, Albert Gallatin 0
The 0-2 start for the Warriors is a long way in the rear-view mirror as they have rattled off 3 impressive wins since then.

Latrobe 49, Connellsville 14
Latrobe gets their first win of the season in a game that may decide the 5th playoff spot in the conference.

Mars 42, Armstrong 15
The Planets opened up the passing game and Tyler Kowalkowski threw for 3 TDs

Fox Chapel 27, Hampton 6
The Foxes picked up their first win of the season.

Penn Hills 64, Kiski 28
A long weather delay disrupted this game but it wasn’t enough to stop the Daequan Hardy show as he caught 3 touchdown passes and returned an interception for another score. Tank Smith was the star after the delay, scoring 2 of his 4 rushing TDs in the fourth quarter.

Woodland Hills 12, Baldwin 0
The Wolverines get off the schnide and get their first win of the season.

Moon 26, Chartiers Valley 0
This game had originally been slated to be postponed until Saturday at 10am, but team officials decided to call it a final instead.

West Allegheny 29, Upper St Clair 12
West Allegheny held a 23-0 lead before weather caused a delay, but USC just wasn’t able to mount enough of a comeback. Kam Kruze had 2 passing and 2 rushing touchdowns for the INdians.

Gateway 62, Ringgold 0
Ringgold remains winless on the season and was shut out for the 4th time. Gateway continues to roll.

Belle Vernon 49, Indiana 14
The Leopards have scored 49 points in back-to-back weeks after losing to Thomas Jefferson.

Greensburg Salem 48, Laurel Highlands 12
With a win over Trinity already in the books, Greensburg Salem now has the inside track to a playoff spot in the Big Eight Conference.

Knoch 56, Ambridge 0
Matt Goodlin ran for 4 TDs to lead the Knights to their second conference win.

Highlands 40, Beaver 19
The Golden Rams get their first win of the season and further complicate the playoff picture with a win over Beaver.

Blackhawk 28, Montour 0
This game was suspended with Blackhawk up 21-0 in the third quarter. The Cougars added another touchdown on Saturday morning to complete the victory and set up a showdown for first place with South Fayette.

New Castle 14, West Mifflin 0
Demetris McKnight scored 2 TDs for the Red Hurricanes in a weather-shortened game that ended in the third quarter.

Deer Lakes 42, Mt Pleasant 14
Aris Hasley threw 3 TD passes and ran for 1 more as the Lancers blew past the Vikings.

Freeport 55, Uniontown 16
Freeport got their first win of the season as Austin Romanchak ran for 5 TDs.

Aliquippa 39, Beaver Falls 0
The Quips continued rolling through their schedule with another impressive victory, this one led by Avante McKenzie’s 3 rushing TDs.

South Park 41, Waynesburg 7
The Eagles get their first win of the season.

Elizabeth Forward 7, Quaker Valley 6
This game was called prior to halftime due to weather.

McGuffey 48, Beth-Center 14
The Highlanders came out on top in a battle of undefeated teams.

Charleroi 69, Carmichaels 7
The highest-scoring team in the WPIAL showed it once again tonight with an offensive onslaught against Carmichaels.

Freedom 35, Ellwood City 13
After losing to Mohawk last week, Freedom gets back on the winning track thanks to 5 TD passes from Zach Rosa.

Riverside 48, Shenango 13
Rather than play out the second half under a mercy rule, Shenango conceded when the weather delay began.

Avonworth 42, Apollo-Ridge 6
The Lopes keep themselves in the playoff conversation with a win. Jax Miller ran for 3 scores and Derek Johncour threw for 2 more to lead the Lopes.

Steel Valley 42, Valley 0
This one was called in the third quarter due to lightning, but there wasn’t much doubt of the result as Kam Williams scored 3 rushing TDs for the Ironmen.

Shady Side Academy 56, Neshannock 14
Skyy Moore scored 4 rushing TDs and threw for 1 more to lead the Indians to victory.

Seton-La Salle 19, New Brighton 17
The Rebels edge out the Lions in a game that was called early due to weather.

OLSH 42, Bishop Canevin 0
Another dominant performance from the Chargers offense in a game that ended in the third quarter due to lightning.

Northgate vs Cornell
Saturday at 12:00 noon.

Rochester 43, Union 6
The Rams rolled past the Scotties to move to 4-1 overall.

Jefferson-Morgan 46, Avella 13
The Rockets blew past Avella to move to 2-3.

Imani Christian 36, GCC 21
Rahmon Hart had another multi-score game to lead the Saints to victory.

Leechburg 41, Riverview 12
Leechburg gets their first conference victory since 2015 with a win over Riverview.

Sto-Rox 56, Chartiers-Houston 0
The Vikings scored touchdowns on offense, defense, and special teams to beat the Bucs.

Clairton 25, Laurel 12
Clairton gets revenge on the team that dealt them their only loss during the “Killer Ts” era. 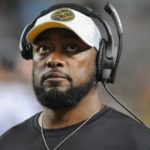