What Should We Expect From New Steelers’ OC Randy Fichtner? 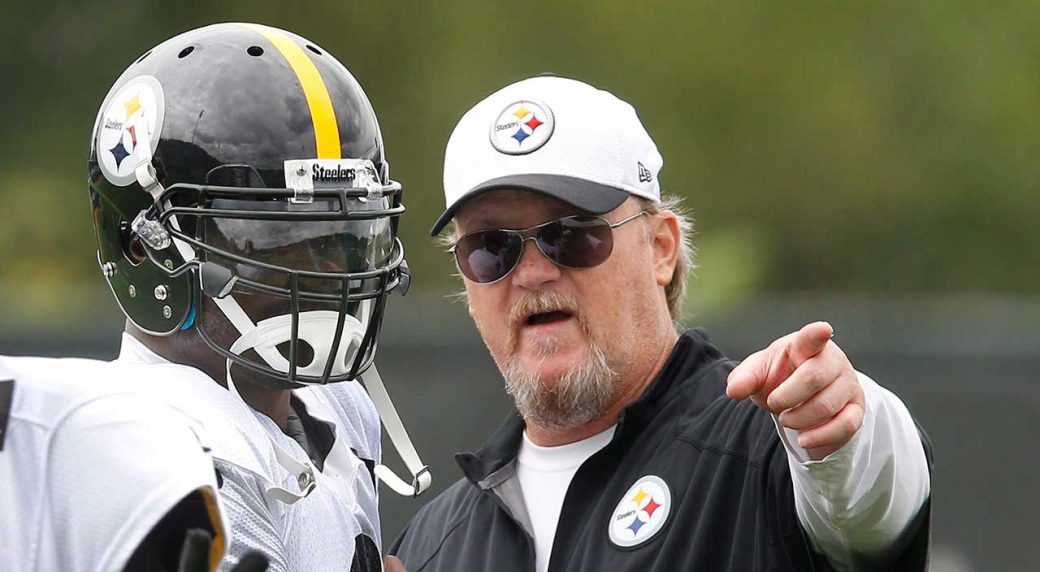 What is most logical is that we see a combination of both with some of Fichtner’s own ideas sprinkled in (based on comments from the players this appears to be the case). Any good coach will take what he has learned from those he’s coached under and utilize it. But he will also take what didn’t work and get it the hell out of the offense.

The running game, aside from some small nuances will probably see little change in 2018. Le’Veon Bell is going to carry the ball a ton especially with the Steelers knowing that this is likely his last year with the team. Why not use him in the same fashion as years previous? What Fichtner has to know is that he has an incredible stable of offensive talent. From Antonio Brown to JuJu Smith-Schuster to Vance McDonald, this offense could be downright scary should everyone stay healthy. That could mean that Fichtner will take the “hands off” approach and let the offense take whatever the defense gives it. In other words let it operate instinctively, as often as possible. One other point that should pique your interest: the Steelers invested a lot of money in Roosevelt Nix. $1.75 million is significantly more per year than the Steelers have ever paid a fullback. Could his role be expanded in 2018?

There is no denying that Haley got the ball out of Ben Roethlisberger’s hand faster than Arians did. While Big Ben still had some injuries in the Haley offense, the number of hits he was taking dropped significantly as did his sack totals.  The Steelers deep passing numbers (for purposes of this comparison, 15 yards or more downfield in the air) were almost identical under both coordinators. Deep passes under Arians represent 20.09% of all attempts, under Haley it was 21.32%. I won’t bore you with any more detailed numbers, but overall completion%, TD%, INT% and 1st Down% are also eerily similar.

So, how did Arians get Ben hit at such a high rate while Haley reduced that number by over half, making Ben one of the least pressured QBs in football? Route concepts that got receivers open more quickly, and yes, Ben also let go of that tendency to hold the ball as long looking downfield. If Ben really intends to play 3 to 5 more years as he’s stated recently, utilizing the same or similar passing game concepts to those Haley installed during his tenure will be vital to keeping him healthy in his late 30s.

Fichtner has a new deep-threat toy named James Washington that I’m sure he would like to unwrap and play with as soon as possible. We can expect him to be used much in the same way that Martavis Bryant was with a few caveats. Washington has a more complete route tree, tracks the ball better, has better hands and is better at fighting for the ball in close quarters than Bryant was, making him a greater threat in the red zone.

And, where Fichtner has to put his mark on the unit is in the red zone and short yardage situations. We can debate all day as to whether those failures in the past were due to poor execution, poor personnel choices, poor play-calling or all of the above; but it has to be better going forward. Fichtner will have way too much size and athleticism at his disposal for this team to continue struggling in these situations.

The last time Fichtner ran his own offense he was at Memphis University in 2006. His campaign that season saw his Tigers go 2-10 and finish last in C-USA’s East Division. The following season Fichtner made his way to the Steel City where he’s been an offensive coach for 11 seasons. We can’t discount the relationship he has built with Roethlisberger. He’s worked with him since Ben was 25 years old. Ben is now 36 and it could be argued that no one in the organization that knows Number 7 as well as Fichtner does.

Fichtner must take what he’s learned from Arians and Haley and apply those things as necessary while at the same time sticking to what he knows best. The old saying is “Keep It Simple Stupid” and I see no reason why Fichtner won’t follow that. It’s a lesson his predecessor could have learned from as well.