Do you want the Steelers to make the playoffs?

That might seem like a silly question for a football fan; do you want your team to make the post season?  It probably is, but there are a lot of fans who would rather the Steelers not make the playoffs than get ousted in the first round., which would likely be the scenario that unfolds if this team were to make it in as a wild card.   Don’t believe me? Just follow #Steelers on Twitter and see what people say on gameday. You might be surprised.

Sure the AFC North is still up for grabs by every team right now, and the Steelers have as good a chance as anyone, but based on how they’ve played this year, I’m not holding my breath that they would advance past the first round. So…this scenario begs the question of: regardless of the fact that the Steelers are still in the playoff hunt, do you want them to make it?

Vote in the poll as often as you like and tell us your thoughts in the comments.

Do you want the Steelers to make the playoffs? was last modified: December 2nd, 2014 by Steel City Retro 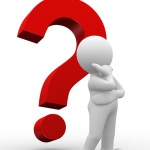 Voice of the Fan Poll: What Record Will the Steelers Finish With?