Two Ways Haley Can Slow Down the Pass Rush 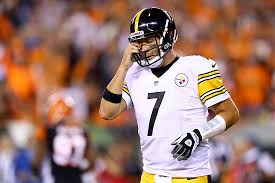 During the first three games of the 2013 NFL season, I can’t help but notice two things missing from Todd Haley’s playbook that I saw during the preseason.

In fact, I saw a lot of these types of plays during the preseason and thought that this was a step in the right direction.

So today I must ask where are the designed roll-outs and screen passes?

Let me address the roll-outs first. If you watched the final preseason game against the Carolina Panthers then you saw Landry Jones on any number of designed roll-outs. Why are these good enough for Jones but not for Ben Roethlisberger?

The argument against this is that the Steelers are so weak at each tackle position that calling for designed rolls just isn’t possible because they can’t sustain blocks long enough. OK, fair enough, but are you telling me that you can’t design ways to get Roethlisberger out of the pocket without running for his life?

Bring a tight end in motion to fortify the line and use him as a safety valve if no one is open down-field. This is not the rocket science that Todd Haley is making it out to be.

Fullback Will Johnson was involved more last week than in the previous two and I expect that will continue so why not use him in the roll-outs as a blocker and/or receiver?

We all know Ben Roethlisberger is one hit away from a season-ending injury so why not get him out of harm’s way more often?

The other missing ingredient is the screen pass which to be quite honest, never really looked all that good in the preseason to begin with. That said, it doesn’t mean you completely abandon it. You have a quarterback under fire and an offensive line that you believe to be mobile.

If it isn’t mobile enough for screen passes then why install the zone blocking scheme?

The loss of LaRod Stephens-Howling probably hurts the screen game because he would have been a great guy to run those with and maybe we’ll see them when Le’Veon Bell returns but that doesn’t mean you cut them completely out of the game plan.

Right now the goal is to keep your quarterback alive in the face of mistakes and insurmountable pressure. Why not at least attempt some things that will slow the defense down even a bit?

Breaking Down the Steelers’ Bell