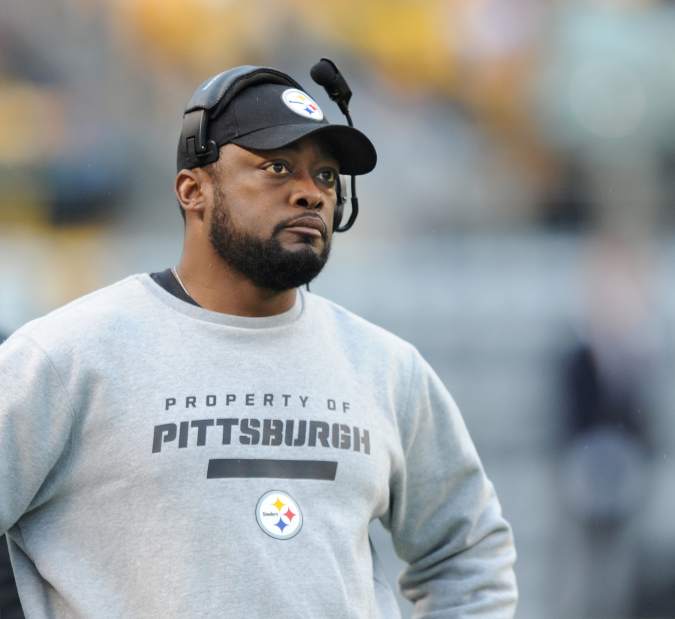 In 2008, Pittsburgh Steelers’ Head Coach Mike Tomlin was given the opportunity to be more “involved” with player evaluation when it came to the rookie draft and free agency. In the past, the Steelers typically relied on their top scouts and personnel people to “shop for the groceries” while the head coach “cooked the meals.”

Take for instance the current secondary situation. Prior to the season, they went out and spent second and fourth round picks on guys who aren’t even on the active roster. The team aggressively sought out Brandon Boykin via trade with Philadelphia and he instantly became their best cover-man when he joined the team.

At no time did number 25 Brandon Boykin play a single snap on defense. Despite being a guy lauded by the likes of Pro Football Focus and his peers, Boykin sat on the bench while Allen, Gay , Blake and company looked like dogs chasing their tails.

I was told by sources with good knowledge of the goings-on in Pittsburgh that the decision to not use Boykin was Tomlin’s. He believed the more physical Blake and Allen would fare better against the Patriots. Sources also told me that Tomlin was “addressed” by front office members who were less than happy about Boykin not playing after the game. And this brings us to our problem.

It’s no secret the Steelers are a laughing stock when it comes to their secondary. Other teams draft cornerbacks and sign them in free agency and find ways to get them on the field. The Steelers find ways to keep them off the field. Among NFL Scouts and insiders, this is major talking point with them. Matt Williamson of ESPN said as much in interview Monday on local radio. Williamson is among many who have suggested Blake shouldn’t even be on the field with the defense.

Rather than take accountability and just say “we should have played Boykin,” Tomlin deflected it as only he can during today’s press conference.

When Tomlin was asked whether Boykin would play more on Sunday vs. the 49ers, he said, “We’ll see. We’re putting a plan together that will allow us to play the type of ball we want to play this week, and he’s a guy who’s under strong consideration.”

“We chose to play other people,” said Tomlin.

Did I just read that last part right? Give me a break. Tomlin put his ego ahead of what was best for the team. He wants to be a guy who can say he is a top evaluator of talent as well as a good coach but right now he is failing miserably. There was absolutely no reason why Boykin shouldn’t have played and if the front office isn’t happy about it then we fans sure as hell shouldn’t be either.

As hard as I’ve been on Kevin Colbert in recent years I’m starting to realize that perhaps my focus should have been elsewhere. 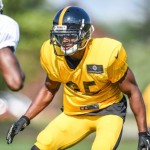 everyone knows the tenn. coach should have gotten the job. everyone knows why tomlin got the job.it’s really pitiful when the game comes down to manage the clock and his eyes bulge out ; you can see the fear in his face. don’t you just love “the steelers way”.

I’m not going to go that far J. Clock issues aside I think MT is a good coach but that’s the problem. He needs to coach and stop being a player evaluator.

Steeldad you should put “” around good. However, “good” is not acceptable in Pittsburgh. MT’s clock management is probably the league’s worst, his timeout usage/lack of usage and challenges are second to everyone and his personnel decisions often leave you scratching your head. MT shows no emotion on the sidelines and that permeates through the whole team. Other than that … yeah he’s a “good” coach.

I can’t defend Tomlin’s clock management one bit Ricky. It’s been awful for his entire tenure. I think he’s a good coach but I also wonder if you aren’t on to something with his lack of emotion. I look at guys like Cowher. Guys like Jim Harbaugh… Their emotional outbursts sometimes are needed to spur on their teams. Sure, there are stoic guys like Tom Landry and there always will be but once in awhile it’d be nice to see Tomlin lose it.

Why did Tomlin get the job?

Yes we all know why Tomlin got the job because he deserved! Tomlin came in to the organization and did not fumbled the ball he took us to the Superbowl twice he beat Ken Whisenhunt in the Super Bowl what more do you want

The issue of Mike Tomlin’s talent evaluation skills is legitimate. However, the truth is we do not know how much impact he has in player evaluations. Sure, his thumb prints were all over the decision to bring in Allen Rossem and Sean Mahan in 2007 and probably to draft Daniel Sepulveda — those clearly didn’t work out so well.

However, those thumbprints were also on the decision to bring in Mewelde Moore in 2008 and Will Allen in 2010. Moore was arguably the unsung hero on the Super Bowl XLIII roster and Allen’s done what’s been asked of him since getting off the bench in early 2012.

Aside from those moves, and perhaps a few others, it is hard to trace a particular personnel move directly to Tomlin.

We know, based on what Bill Cowher told Ed Bouchette 2 years ago (or perhaps more) that Dan Rooney insists on a collaborative process, and that he forced Cowher and Donahoe, and then later Colbert, to essentially go over each “What if” scenario for the draft and come to an agreement. There’s no reason to think that’s changed with Tomlin.

We also know that Steelers assistant coaches have a voice in both the evaluation and selection process. Jim Wexell has reported that Bruce Arians resisted efforts to build up the Steelers offensive line or running game. Bob Labriola indicated that Dick LeBeau had influence over the decision to pick Timmons and Woodley.

I’m an unapologetic Mike Tomlin supporter, but I’ll concede there are questions about his role as a talent evaluator.

However, outside of these crumbs, the public has very little insight into how the Steelers internal draft evaluation and selection processes work.

I appreciate your comments Hombre. I guess I would start by saying that these issues are no longer crumbs. I believed that a few seasons ago as well but as I build more contacts close to the team I continue to hear the same things about Tomlin being too involved in evaluation. I don’t blame him; you want to coach “your” guys but it just hasn’t worked especially defensively where I put the focus of this article.

Yes, he has had some successes as far as defensive draft picks but overall they have gotten worse in recent years. That’s not all on him by any question, but if you want the front office to go get guys YOU want then you better produce. Better yet, you should at least play them.

I believe where Tomlin is really lacking is the depth chart. Which really exposes his talent evaluation. He’ll insert a player and when it’s obvious that he can’t handle the job he’ll stick with him way to long.A question you have to ask yourself is, When has Tomlin ever wowed you with one of his coaching moves? And please don’t bring up stepping on the field. I know what month it was Never-weary.

Are you serious look how long we stop with Bill Cowher he had losing seasons and it took him damn near 20 years to win the Superbowl. Mike Tomlin came in and tickets to the Super Bowl twice in less than six seasons he is a great coach he has two Super Bowl rings as a coach in the NFL

THANK yOU FOR THE TRUTH.. #Firemiketomlinfacebookgroup

I’m not quite there yet but you’re welcome. LoL

here’s what has SN gritting their teeth: whiz or arians could have been the coach.

He didn’t play in hopes that Boykin will not reach the 70% of snaps which would lower the 4th rd pick to a 5th.

The number is actually 60%. We discussed this and if true, then the idea that the Steelers are in ‘win-now’ mode goes out the window. You play your best 11 guys period.