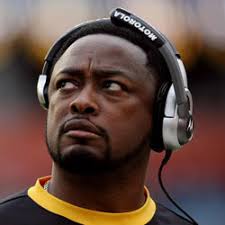 If Mike Tomlin were a Major League Baseball player he’d be in a slump of epic proportions. He’s not of course but his decision-making of late has been anything less than a home run let alone a base hit. From benching every running back that fumbled the football to his odd decisions to go for long field goals, call for fake field goals and go on fourth down at mid-field, Tomlin has baffled us all at times.

This week in Baltimore he will be under scrutiny more than ever because of the injury problems the Steelers have combined with their current position in the AFC North Division.

In yesterday’s weekly press conference, Tomlin was his typical self. Bits and pieces of information and more cliches’ than a high school research paper. But if you listened closely to his comments and to the injury report, it’s obvious to me what direction the Steelers are going in on Sunday against their most-hated rival.

With Marcus Gilbert going on injured reserve and Mike Adams on the shelf with an ankle injury, rookie Kelvin Beachum gets his first career start. Beachum is a fine young man but if you thought Adams struggled at times then get ready something even worse. With David DeCastro activated, some thought he would perhaps slide right in at right guard and Ramon Foster would move out to right tackle. I don’t think that’s the right move either because I can’t see DeCastro being ready. Why not Doug Legursky to right guard and then slide Foster to tackle?

Tomlin also announced that ‘Butterfingers’ Mendenhall was dropped to third on the depth chart and that the ever-pouty Mike Wallace was listed as a ‘co-number one’ receiver with Emmanuel Sanders. He also went on to mention Jonathan Dwyer would get the start at running back and that Antonio Brown would play as well. How much will be interesting.

The biggest issue of course is Ben Roethlisberger. The new proud papa claims he wants to play and that the chances are 50/50 he’ll do so. Tomlin went ahead anyway and named Charlie Batch the starter. Let me  be very clear; Roethlisberger should not see the field from any other position than from the sidelines on Sunday.

With the Steelers three and half games back with five to play, the likelihood they’ll catch the Ravens for the division title is very small. While the Ravens’ schedule is not easy, it is hard seeing them lose three of their last four. Tomlin knows this and also knows his Steelers have three of their last four games at home with all four of them being very winnable games.

So herein lies the dilemma… If Tomlin goes all-in and starts Roethlisberger, Brown, Polamalu and moves Foster to tackle and the Steelers still lose then he’ll be questioned to no end for playing these guys. Take it a step further and god-forbid, Ben or Brown or both are hurt during the game? Have fun answering those questions coach….

The other side of the coin is what Tomlin seems to be doing. Make no mistake, the Steelers will play hard and will make every conceivable effort to win this game but they will do so with what amounts to a number of ‘junior varsity call-ups.’ A loss will initiate questions about whether he was conceding the game from the start which will of course bring strong denials from Tomlin. Either way, Tomlin can’t win with the fans or the media but that’s the price of being an NFL head coach in 2012.

There is of course one way for Tomlin to come out of Baltimore smelling like a rose and that would be for this mish-mash of players to somehow pull out a win over a Ravens’ team that has won a league-best 15 straight at home. Like you, I’ll be pulling for that but I’m going to be thinking about the final four weeks too. Just as I assume Tomlin and Co. are as well.

Demotion of Mike Wallace and Rashard Mendenhall is the right choice

Polamalu looks to return but credit Will Allen for solid play