The Steelers’ Secondary is Built to Win a Title, Finally! 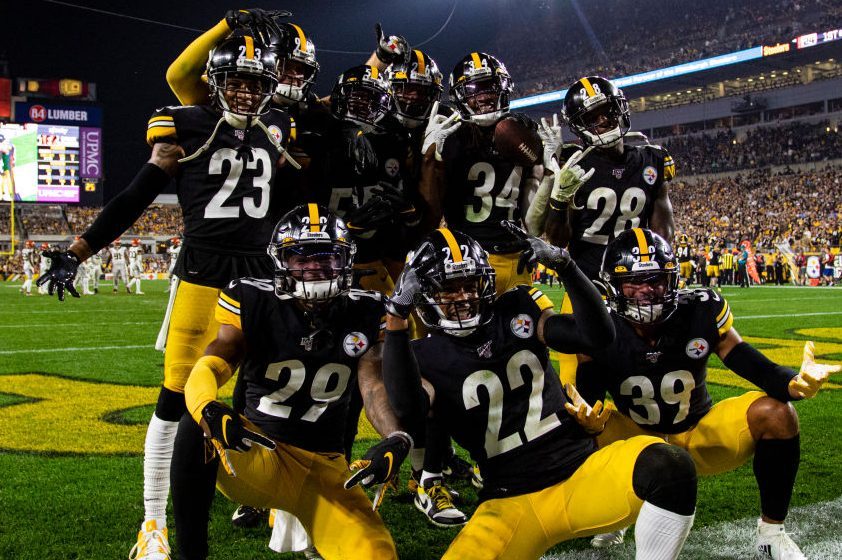 It’s been a staple off-season need. Every. Single. Season. Religiously. Every off-season I scream to anyone who will listen, “Spend every draft pick and free agency dollar on secondary help!” Growing up watching the Pittsburgh Steelers, it was always the defense that I loved. Hard hitters, shutouts, victories… Suffocating defense. Secondary’s that had the likes of Rod Woodson, Carnell Lake, Myron Bell, and many others shut down teams… Then came the days where teams realized they could spread us out with 4 and 5 WR’s, forcing our LB’s out of blitzing situations and make them cover grass. Now we’re giving up 300 yard passers, game winning drives, lack of answers, and making generally unknown quarterbacks look like Joe Montana as they slice us up like a hot knife through butter when it counts. The past few season have had heartbreak when the money was on the table. How many times has Ben Roethlisberger & the offense captured late leads in games only for the defense to give it right back? How many game winning drives have we seen from the Mike Glennon’s of the NFL? How many WIDE OPEN WR’s had been down field after blown communication? It’s been maddening lately. Until this past season…

2019’s secondary was different and it all began with a signing a few seasons ago. Joe Haden was on the market. I, like many other realistic Steelers fans, wanted him, but knew the Steelers wouldn’t go get him, until they did. We finally had a top tier, shutdown CB. Haden played well through his early time with the Steelers. The way our coaching staff likes to roll and spin coverages, Haden really gave them the freedom to open up their total package.

On this play, Haden had a phenomenal read on the outbreaking route by AZ. He said following the play that he told the safety that if #2 came out, he was going to jump it so make sure you got to his #1. Turns out, he made the play!

Then, before last season we got Steven Nelson. An underrated press man CB who wasn’t valued in Kansas City and was shown the door. We all know our Steelers and how they love to go man to man. These days with the athletes that are on the field and the pass rush that is generated, man to man coverage guys are more then needed. Nelson was underrated coming to Pittsburgh. People sited the fact that he gave up some plays while in KC, but people ignored that fact the all of their opponents went after Nelson and his numbers against the pass were actually pretty good. This season our #22 did not allow a single touchdown. His numbers were arguably better than DPOY Gilmore from New England. 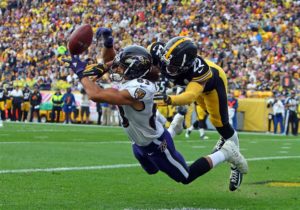 Then came the closer, #39, Minkah Fitzpatrick. A young man entering the prime of his career who will be in Pittsburgh for a long time. The BEST #1 pick we could’ve possibly spent! Minkah’s impact was felt immediately in SF. He forced turnovers all season long. Many wondered where Minkah was towards the latter portion of the season, citing his INT numbers being down. What they fail to notice is the opponents did not target his area at all. Opponents threw away from him constantly.

We all know where the weakness is in the secondary and that’s with our #34 Terrell Edmunds. I’m going to keep this article light and positive and leave it at the fact that he needs to work on his ball skills… All in all, it is so nice going through an offseason without worrying about needing DB help. Would I still like to add weapons? Sure. I’d love for the Steelers to keep Hilton and possibly get some depth at safety, but we have a starting secondary that is, for once, Championship caliber.

SCB Steelers Podcast 167 – Cuts, A Tag and a Virus