The Significance of Not Having Roosevelt Nix in 2019 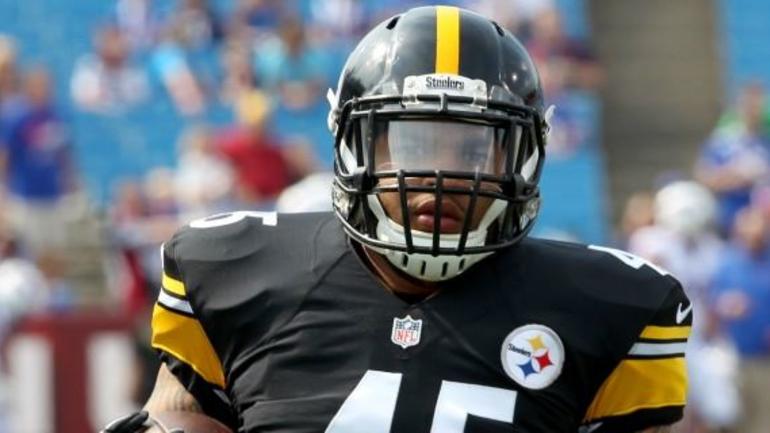 “Nobody uses a fullback anymore.”

I don’t know about you but I’ve heard this a lot in the last decade with offenses instead opting for three wide receiver base looks and teams choosing to throw on short yardage situations more than ever. But if you’ve been paying attention to the NFL Playoffs, you may have noticed the importance of these often forgotten warriors of the offense (Kyle Juszcyk in San Francisco for example). In fact, you need look no further than our own Steelers where the loss of Roosevelt Nix was more significant than any of us may have thought. Or was it?

Whenever I look at the statistics to support an opinion or conclusion I’m often amazed that I don’t find what I thought I would. Now typically I do but it always seems there’s a couple that jump out at me and viewing the Steelers’ offense through the lens of Nix was interesting.

Conclusions from the Numbers

What immediately jumped out to me were the number of rushing touchdowns in the two years he was on the field for all 16 games and then of course, the regression in 2019. The other head-scratching numbers here were ‘yards per game.‘ Had I been offered a bet that the Steelers had more yards per game rushing in 2019 than they did in 2018 I would have jumped at it… And lost.

What can’t be dismissed here is the injury-plagued season of James Conner. Even when on the field, Conner was often not even close to 100% and with no lead blocker in front of him that only made his task more difficult. Jaylen Samuels missed some time too and I don’t care what anyone tells me but when he returned from his knee injury he wasn’t the same. His burst was not even close to what it was prior.

Then there’s Benny Snell. According to Next Gen Stats, only Tevin Coleman saw more eight-plus man boxes in 2019. Snell himself missed three games due to injury. The fact that Snell still managed to grind out an average of 3.9 yards per carry is pretty impressive.

One thing I don’t want to do here is give the impression that Randy Fichtner lined the Steelers up in the I-formation each play and ran behind the former Kent State when he was healthy. The Steelers still deployed ’11’ personnel quite often. The major difference with this in terms of ‘with Nix and without Nix‘ is probably in the use of Zach Banner. Does Fichtner use the mammoth lineman as often?

But let me take this in another direction that isn’t necessarily about lead blocking. Nix is a good athlete. Remember this is a guy who played on the defensive side of the ball in college. Having him on the field as a potential receiving threat in certain situations is a huge plus for any quarterback, especially when you have two young ones seeing the majority of the time under center. Even being targeted on just a handful of throws can make a huge difference on how a defense prepares for your short yardage offense.

The ‘Without Nix’ Factor

When it looked as though Rosie Nix was going to miss serious time, the Steelers toyed with the idea of having rookie Sutton Smith play some fullback. This was something they messed around with in OTAs and mini-camp following the Draft. That never actually came to fruition though. The fact that the Steelers never signed another fullback nor used a tight end in that capacity may speak to the fact that the offense really wasn’t needing Nix as much as we thought.

Considering all that went on with this unit in 2019 I find that thought to be wrong. With Mason Rudolph and Duck Hodges at the helm I believe the presence of Nix more often in the running game would have been a compelling change. I can’t guarantee that the Steelers would have run the ball more efficiently and effectively but I feel confident that it wouldn’t have hurt.

I tend to believe the most glaring signal that Nix could have been huge in 2019 is the Red Zone. The Steelers finished DEAD LAST in Red Zone Scoring Percentage (TDs Only) in 2019 according to teamrankings.com. In 2018… they ranked FIRST. Before you beat me to it, I know. Ben Roethlisberger’s absence is far and away the biggest reason for that total reversal of Red Zone fortune. But… Can any of us definitively say that Nix’s presence would or wouldn’t have had an impact on Red Zone scoring? To the tune of 32nd to first? Of course not but I have to believe the offense would have gained an advantage with him available.

Hindsight as they say, is always 20/20 so there’s really no way to properly gauge the impact Nix could have had. I’m a firm believer that the fullback has a place in today’s game and probably would have had a bigger role in the Steelers’ 2019 offense. Unfortunately it didn’t work out that way. 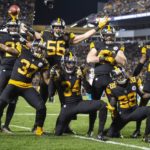