The Debate Begins on Who Returns for Steelers in 2013 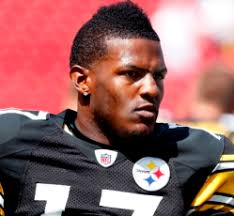 The 2012 Pittsburgh Steelers have not even played their final game yet and already the discussions in the media and in the blogosphere have begun on the speculation about 2013. Who takes a pay cut? Who gets cut? Who is re-signed? Who are they targeting in the draft? I can’t recall the last time we discussed such things in December that’s for sure.

I’m going to take a look at both sides of the ball and please remember this is a very preliminary group of thoughts or a ‘rough draft’ if you will. I’ll get more in depth as the spring unfolds in what is now a year-round NFL season.

On defense… The biggest issue I see right now is whether or not the Steelers will or will be able to bring back Keenan Lewis. The young cornerback finally got his chance and came through with flying colors for the most part this season. The problem is what will his salary demands be? Throw in the fact that Cortez Allen played extremely well too and I can see a situation where Lewis walks for more money.

Casey Hampton will be back only if he signs at a veteran minimum. He played far better than anyone thought he would coming off knee surgery, but at his age what more can he give? I have to believe James Harrison will be playing his final game in the black ‘n gold as well. His current salary prices the Steelers out and the team must get younger at OLB despite Harrison playing pretty well for the most part. His pass rushing diminished greatly though and that cannot happen from that position on the D.

The one area I’m really intrigued by is opposite Harrison. LaMarr Woodley has been hurt and totally underwhelming since signing a new contract a couple years ago. 2012 was easily his poorest season for the Steelers and the game against Cincinnati was a microcosm of that as he never got within the same zip code of Andy Dalton. Whether he needs to lose weight or move back to his college position at defenseive end is unclear but a contract re-structure is possible.

Offensively, I think there has to be one clear move that appears to be a no-brainer and that is Rashard Mendenhall. I cannot see any way the Steelers would bring him back and I can’t see a reason why the would want to bring him back. I’ve been wrong before, but I think the organization is ready to part ways and most of the fan base is as well.

I do believe you’ll see Jonathan Dwyer back in the Steel City and whether or not he’s the man in the Steelers’ backfield will remain to be seen but I think of him, Isaac Redman and Mendy, he’s the only one left standing.

Amazingly, there is one way I can see Mike Wallace coming back and that’s if he puts himself out on the market and finds there aren’t any takers for the kind of money he allegedly wants. I’ve found him to be a head case this season whose attitude as affected other receivers like Antonio Brown and Emmanuel Sanders negatively. While it’s a stretch to see him back, I think he goes for locker room reasons just as much as financial ones.

I also think you’ll see Max Starks back. Starks actually had a pretty good season with all the attention focused on the other side of the line. Ramon Foster is a guy I think comes back due to his ability to play multiple positions and his ironman mentality.

As far as the QB situation goes, the Steelers have to get younger and this is a good time to do it. Both Byron Leftwich and Charlie Batch are free agents and while they are good, veteran guys, they have health issues and age issues. I don’t see either coming back.

As I said, I’ll take a more in-depth look at the situation as the off-season unfolds and that will include some reserves and special teams’ gys as well.

Potential coaching changes already a hot topic for the Steelers, but not for Lebeau

Steelers need to be ready for Browns Super Bowl 2012

Few points on the #Steelers personnel. Hampton being gone is probably a foregone conclusion but stranger things have happened. He won’t make big money anywhere in the NFL but if he finds no takers he could come back on a 1 yr deal, especially if they have no faith in bringing back Ta’amu.

Wallace won’t find anyone to pay him 100 million or even 80 million. He will however find suitors who will offer him up to 60 million I’m sure; if the Steelers do want him back they’ll have to pay him.

Keenan Lewis will have to be their primary concern no matter what happens with Wallace. Lewis and Taylor, along with Cortez Allen made a formidable force in the secondary all year long. KL won’t command top flight CB money but he has established himself as a top young player, likely still though in the 2nd tier free agent market.

Mendy coming back may seem like a done deal, and it may very well be. We all know though that the Steelers have done stranger things when it comes to bringing back players who look to be gone. That being said I think he’s likely going to look elsewhere next season for a fresh start. Dwyer seems like he’s the odds on guy to come back and be the full time starter, while Redman to me is probably 50-50.

QB wise, yes it’s time to move on. I would like to see them bring back Brian Hoyer this offseason and get rid of Leftwich.

It’s time to cut Troy and either resign him at a lower pay or cut him and draft the best in the draft. You can’t keep paying a guy the big money he’s making and have him sitting out over half the season. This is a league where you either produce or your gone. Troy was injured and out a good bit last year and it started the year before that. Coincidence that the Steelers haven’t got deep into the playoffs?
As for the rest of the backfield with Ike hurt the Steelers suffered. The backfield was only mediocre at best. Look how Payton Manning threaded the ball for long yardage against them. They gave up so many third down convertings during the season. Desperate help is needed there, and it stems from the lack of the defensive line not penetrating and putting pressure on the opposing quarterbacks. Where’s the sacks? Hampton played one year too many as many professionals like him did. Ziggy Hood could be moved into that position with about another 20-30 pounds added on and do a admirable job in his place. Timmons was great, but Woodly sucked. Granted, his injuries hobbled his performance this year. Lets hope he can come back next year and redeem himself with a spectacular performance that won him that massive contract just a few years ago.
As for the offensive backfield I think it would be Mendenhall’s best interest to sign a one year contract and come back and quiet the naysayers about him. Remember, he was a junior when he came out and only had 2 years college experience. He had fresh knees. Once he gets the opportunity to rest and rehab in the therapy room this offseason we may all wish the Steelers had signed him to a longer contract. Sure Willie Parker comes to mind with this kind of stuff, but not always. Looking at Dwyer and Redman I see only backups. They aren’t the long term solution though Dwyer could be with more experience, and use Redman more as a specialist on second or third down conversions.
Big Ben should have been placed on the IR for the rest of the season. With the terrible injury sustained and the chance of puncturing his main artery and dying what makes you do something like that? Stupidity? He hasn’t been the same. His throwing is off and you know just by the way he carries himself that he is still in pain. We would never consider putting Ryan Clark in a position like that in Colorado (and NEVER SHOULD) with his sickle cell, and neither should Big Ben even if he does have a 105 million dollar contract. It was to quarterback, not commit suicide.
The offensive line coach that is leaving needs to be replaced with some one who can light a fire under that offensive line. True DeCastro was injured a good part but came back. Nevertheless, it’s taking time for him to get that rythm and improve his technique. Adams is ok , and he is good in running situations but he needs lots more work on his foot work and and technique in passing situations. Speaking of passing, Wallace better hope the league has short term memory problems, Your not paid to drop the ball. If you can touch it you can catch it. That’s the league’s standard and the Steeler fans standard. Nuff said!
The bottom line is that the Steelers have many gaping holes that they need to address. It won’t be fixed in one draft. It will take a couple if Colbert is lucky. If not Colbert may be gone along with many of the players.

Thanks for reading! I think Troy is in the unusual position of being able to go out on his own terms. Like much of the defense, his impact was lessened by the lack of pass rush and injuries in the secondary. He’s definitely lost a step, but I think he’ll be back if he so chooses. As for Colbert, I’ve never been a fan of his. He’s terrible at drafting linemen which this team sorely needed and his overall drafts have been average to poor. I’d really like to see our ‘capologist’ Omar Khan get the job before he is picked up by someone else.