Home Coaches Stop With the ‘Bring Back Cowher’ Nonsense
CoachesDefenseOffense 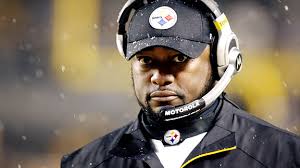 I have no problem admitting that I have and can easily overreact to a Pittsburgh Steelers’ loss. I probably said things yesterday that were way too drastic as I’m sure you did too. The problem is that there was a lot to be reactive about following the 16-9 loss.

One of the things I’ve seen a lot in the last 21 hours is a call for Bill Cowher to come back and replace Mike Tomlin.

Stop. Just stop it altogether will ya? Bill Cowher is not walking through that door and I have a hard time believing he would even want to so just stop it. It isn’t going to happen.

The debacle that was yesterday does not all fall on Mike Tomlin. If you’re pissed about the offense, don’t blame him. Tomlin didn’t want Todd Haley and if you think he did I have a bridge over the ocean I’d like to sell you.

If you’re pissed about the lack of depth at running back and on the offensive line, don’t blame Tomlin. He isn’t the one who ultimately built this roster. That falls on Kevin Colbert.

Bill Cowher wouldn’t be able to change those things. In fact, if you really hate the offense, how will you feel about Cowher returning to even more of a ground game than what the Steelers are trying to establish now?

Cowher cannot bring Alan Faneca or Dermontti Dawson or Jerome Bettis back with him either. Bill Cowher had a stretch from 1998-2000 where his teams went 7-9, 6-10 and 9-7 with zero playoff appearances. He survived those to eventually win a Super Bowl once he had a franchise quarterback.

Doesn’t Mike Tomlin deserve the same amount of time to see if he can right the ship? I’m not saying that Tomlin might not be on the hot seat by the middle of December but let’s give it until then before we start bringing in Cowher and Chuck Noll.

Did the Direction of the Steelers Turn on One Awful Night?

Status of Big Ben still up in...

your right on the money steeldad. bill cower is a changed man. idn’t think you’ll see cower coach again, unless he needs the money. living in n.y. can really change a person. look at cower for god sake. he’s wearing makeup for some bimbo. i feel sorry for his daughters.