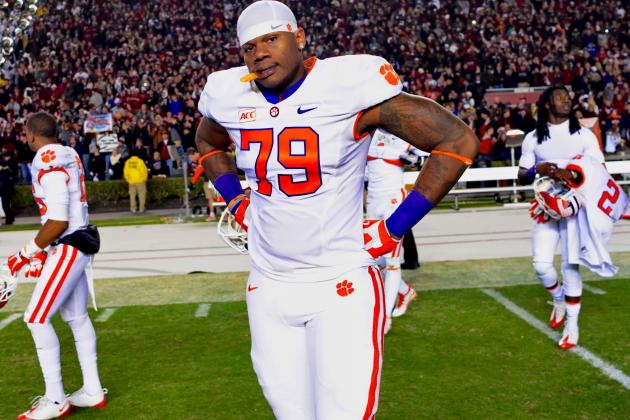 Prior to the 2015 NFL Draft, many, including myself and others on this site thought that if it represented the best player available, the Steelers wouldn’t hesitate to pull the trigger on a future left tackle as early as round 1.

The way the cards fell allowed the Steelers to fill a lot of needs particularly on the defensive side of the ball, but left some uncertainty along the Steelers offensive line.

While the Steelers current line is in pretty good shape as-is, they’re an injury or two away from a pretty dire situation offensively. As it stands right now, Chris Hubbard and Cody Wallace are probably the only backups on the roster right now that I really trust. Both of those guys are interior lineman only.

I get the feeling that Kelvin Beachum just isn’t what Mike Munchak wants long term at left tackle. I could be completely wrong and Beach could get extended tomorrow, but it feels like this will be Kelvin’s last season in a Steelers uniform.

Move Gilbert over and re-sign Mike Adams to start on the right side? Oof!

Hope that Alejandro Villanueva has some huge jump in a year and is ready to start? Not likely.

Cross their fingers that a 1st round tackle fits the range in the 2016 draft and is ready day 1? Pretty optimistic.

I think that Mike Adams can finally be labeled a bust, not even worth keeping around in hopes that he puts it all together. I like Villanueva as a long term project, but he still might be a practice squad candidate for another season.

I think this team needs another body at tackle. I think an older veteran that gets cut in camp, that can backup both spots would be a nice addition… but Isaiah Battle could also be a great add that pays off big down the road.

Battle has the body and tools to be a future left tackle, but he’s still pretty raw. He’s also been a troubled player in college, once being ejected for the mean uppercut below. (Gif courtesy of SB Nation).

There’s certainly some risk involved with grabbing him, which is usually the case in the supplemental draft. The Steelers have had some feisty lineman in the past, like Willie Colon and Chris Kemoeatu.

I think that to land him the Steelers would have to give up their 2016 third round pick. Many are predicting he’s a 4th but my guess is if he makes it there it will be early. If the Steelers are planning to let Beachum walk anyway, I guarantee they’d be selecting a tackle in the top 3 rounds next season anyway.

Many draftniks think that with a solid season, Battle could have pushed himself into the first round of the 2016 NFL draft, and probably would’ve gone in round 2 on potential alone.

I think that with Ben’s career winding down, some risky picks like this one would be a good calculated risk to go for another championship before Ben retires. 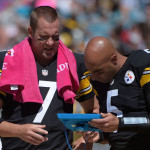