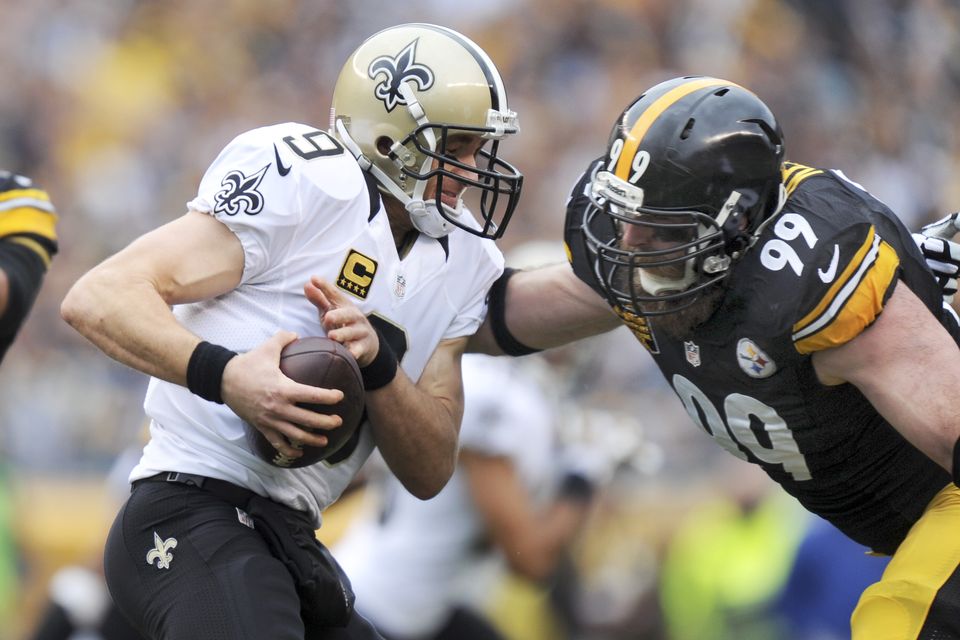 There is a compelling argument for why the Steelers should bring Brett Keisel back in 2015. This piece is not intended as a counterpoint to Carlos’ post regarding the Steelers youth movement. It’s intended as an acknowledgement of where the team is and what we can reasonably expect at the backup DE position as the roster currently sits.

Cam Thomas, sometimes referred to as CFT, is currently the Steelers top backup at defensive end. Late in the 2014 season, after Stephon Tuitt became a starter in week 14, Thomas played an average of only 11.4 snaps per game. It has been argued, accurately in my opinion, that Thomas has no upside whatsoever. That is to say at this stage in his career, he is what you see, he is not going to improve. I don’t think I need to detail all of Thomas’ shortcomings in this piece. Let’s just say it’s reasonable to expect that he won’t get any better and avid fans of the Pittsburgh Steelers know what those shortcomings are.

Knowing that and if you only need 10 or 15 snaps per game from that backup, why not cut Thomas and bring Keisel in to play that role? You save a million dollars in salary and are out nothing in terms of quality depth. I’d rather have a young player with upside in that role, don’t get me wrong. But, it would seem that young player is not, and will not, be on the roster this year.

Clifton Geathers is a 27-year old journeyman defensive lineman working for his eighth team in six seasons.  L.T. Walton, while a 23 year old rookie with a high motor, is a bit of a project. He has decent athleticism, but is high waisted and has really short arms for a man who is almost 6’5” (32-1/4″). For reference, Stephon Tuitt at the same height has 34-3/4″ arms. Little advantages matter at the NFL level. There are reasons that Walton waited until round six to hear his name called at the draft.

So why not bring back a guy who can provide you that depth and be a good influence on your young players? Do I think that Harrison and Keisel being viable options for the team, at this stage in their careers, represents poor planning on the part of the Steelers personnel department? Yes, I do.  But, setting aside hind sight and facing the situation for what it is today; this seems like a win-win. I hope Brett is keeping himself in shape.

I’ll leave you with this thought. The maximum paid to a practice squad player is $6,600 per week. If he lasts the entire season, he makes $112,200. There are ten positions on the practice squad, so the maximum expenditure for that squad comes to $1.122 million.  That represents approximately half of Cam Thomas’ $2 million scheduled salary. It could be argued that the squad, as a whole, makes a greater contribution to the team than Thomas does getting in his teammates way when he makes ill advised attempts to move laterally down the line.

Think about that for a minute. Sobering realization isn’t it? To top it all off, reports coming from OTAs and mini camp were that Thomas reported out of shape. I guess that coaching he received from Ted Cottrell this offseason didn’t include instruction on cardio training and pushing away from the dinner table.

UPDATE: a few days after this article was published I was informed that Keisel returning is very unlikely. 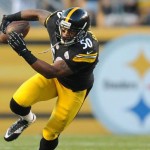 Keisel and Harrison are two of my favorite players in the league, but they are getting old and don’t have much left in the tank. I will miss Keisel’s beard for sure on the Steelers sideline! I think it’s the right short-term move to keep both of them on to help groom their future replacements. The Steelers need to move on next season though.

Keisel and Thomas had the same amount of snaps and same amount of tackles in 2014. Keisel has over 12 yes experience on Cam.keisel should have been cut 3yrs ago.

The thing your analysis neglects to observe is the number of times that Thomas not only didn’t make the play because he was pushed out of his lane, but also the number of times that he got in a teammates’ way when attempting to move down the line against ZBS teams.
It’s astounding to me that Thomas even has a job in the NFL. He’s barely competent as a zero or 1tech against power blocking teams and against zone he’s such a liability that he actually assists the opposition in creating space for their RB.

Dumbest comment in this thread.
Dude was a beast before tearing up his arm last year. I’m sorry that you’re an idiot.

I agree with Brian in that Keisel played extremely well prior to his injury. Despite his age, he did not appear to have lost a step. For these reasons alone, I think he earned and deserves one more year with the Steelers.

Keisel is 37 coming off a tricep tear and injured the past 2 yrs.keisel was drafted in the 7th round and was always an average player playing with above average players- Smith, Hampton. Steelers defense improved after keisel got injured and won the final four games without him 2014 season. Keisel can influence the young players as an interim coach on the sidelines. Young players must be given the chance as Keisel was given as a 7th rounder. HOF players are Great players , the Steelers cut Keisel and Taylor they did not wait for them to retire-Polamalu.There are educated fools you seem to be in that category.

Wayne, I appreciate all points of view, even myopic ones from seemingly closed minded guys like yourself.
Like I wrote in the article, I would prefer that the 3rd DE be a young player with upside who the team could count on to grow into a role as a spot starter in case he had to be use that way in 2015. That guy is not, and will not, be on the roster this year. As to the contention that Cam Thomas deserves another year, you realize you are soundly in the minority on this point, right? Thomas’ play has gotten him nothing but criticism and his response to that has been to show up for his sixth year offseason workouts out of shape. All of that might give someone who pays attention the sense that maybe Cam is just there to collect a check.
Personally, I’d rather they kept anyone but Thomas in that role.
One last serious suggestion, get All-22 this season. Pay attention to how guys play and you too can become “an educated fool” instead of a guy who makes ridiculous suggestions while being certain that he knows what he’s talking about. That is the worst kind of fool.

Wayne you need to push your ego aside and try to understand what Ben is saying. He is not advocating an attempt to resurrect Keisel’s career. He is recommending 99 be brought back in a similar fashion to Harrison. Use him as required but keep him on a snap count. He could help the young guys with the nuances of the position and give them an occasional breather. I would take a one-armed Keisel over CFT. “There are educated fools you seem to be in that category”. Really??? I have followed Ben for years and I would be willing to bet he has forgotten more about football than you know. But as usual, when you lack the IQ to remain in the conversation you can always resort to insults and name calling.

[…] fans can probably forget about the suggestion I made last week regarding the possibility that Brett Keisel will be back in 2014. In spite of the fact that he has not filed his retirement paperwork, I’m told by a source […]