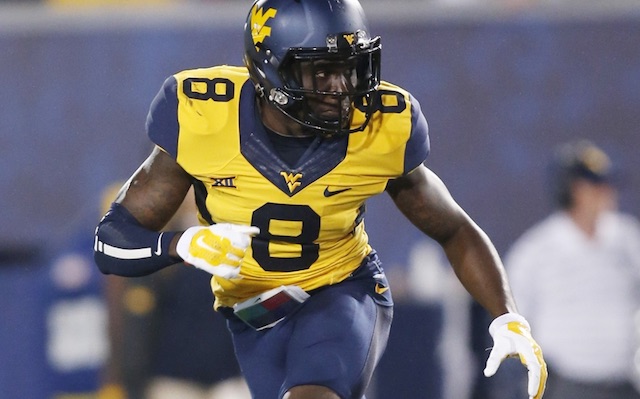 Typically my mocks reflect what I think the team will do, with my personal opinions on players not involved. This mock is different. This is my draft if I’m the Steelers GM, and everything just happens to fall my way. So let’s do it…

1. TRADE – Steelers send pick 1.25 to the Titans for picks 2.12, 3.13, and a 2017 5th.
I actually started writing this prior to the Rams/Titans trade and had the Rams moving up in round 2 to grab Paxton Lynch at the 25th spot. I leave the same details of the trade but change from the Rams to the Titans, who perhaps could want to make a big move for someone like Taylor Decker at 25.

2.12 – Karl Joseph, SS, West Virginia
If Karl Joseph wasn’t coming off of a knee injury, I would be advocating taking him at 25, and even trading up for him if necessary. I’ve seen Joseph compared to Earl Thomas and Bob Sanders. I think he’s probably somewhere in the middle of those two guys. Joseph gives the Steelers what I think they want in a tough, in the box, strong safety that can hand out some punishment. However, what Joseph brings that guys like Jeremy Cash or Keanu Neal don’t is some serious ability in coverage as well. Joseph is capable of making plays all over the field in the run game and the passing game.

2.27 – Javon Hargrave, DT, South Carolina State
Hargrave is probably not a well known prospect to a lot of people, but he has a ton of potential to be a star. He has an insane amount of burst off the snap and is going to fit best as a 3-technique in a 4 man front. I’m not sure that he translates as well in a nose tackle role but the Steelers are using less and less of those 3 man fronts anyway, and while I don’t think Dan McCullers is a player that is ready (or ever will be) for a ton of snaps, he can rotate in as the run down specialist. Heyward, Hargrave, Tuitt, and Dupree gives the Steelers’ some seriously big bodies along the defensive line that nobody is going to push around in the run game, but also a lot of athleticism and pass rushing potential from all 4 spots.

3.13 – Sterling Shepard, WR, Oklahoma
In most of my mocks I’m having a hard time going with an offensive player before round 4, but in this case I’m happy to grab a guy I’d really love to see in the black and gold. Shepard is undersized, but I love his game. He’s already a very good route runner and has no problem getting separation despite his lack of size. He has fantastic hands, and he’s a good blocker in the run game. Everything you hear about him is he’s a locker room leader, very humble, all-around great kid.

3.26 – Kalan Reed, CB, Southern Miss
Reed is a guy I’ve only recently started hearing about, and when I started watching tape was a little bit confused as to why he’s not getting more hype from the draftnik community. He’s a solidly built, physical corner, with a lot of athleticism. I probably won’t list Reed in any of my actual mocks because as far as I know the Steelers haven’t had any interactions with him, but I think he’d be a great addition.

4.25 – Cardale Jones, QB, Ohio State
I think Cardale is going to go in round 2, but I’ve seen him listed as a round 3-4 prospect on plenty of resources. Despite me disagreeing with that, I’m going to take him here since this is my dream scenario after all. I know plenty will hate this pick, but I see an immense amount of potential in Jones and I don’t think he’s as rough around the edges as some make him out to be. His skillset is undeniable, and he shows glimpses of being able to go through progressions in the pocket. He’d be a project for sure, but the payoff in a few years could be huge. He’s worth the risk at this point.

6.45 – Tavon Young, CB, Temple
I think Young is a guy that’s going to end up on the Steelers’ roster. He’s an undersized, tough, gritty cornerback. If he wasn’t small, and I mean very small, he’d be talked about in probably day 2 with his skillset. Taking him here is probably worth it for his special teams play alone, and you hope one day he could contribute as a slot cornerback.

7.8 – Drew Kaser, P, Texas A&M
Yeah, Jordan Berry was ok last season, but he was wildly inconsistent and had some really bad games. The Steelers have suffered from mediocre to bad punters for years. It’d be nice to finally find some sort of long term option. Kaser has a booming leg, and also shows some touch when he gets a chance to pin a team deep. If rounds 1-6 go the way I have them here, they can afford to take a luxury pick at this point.

7.25 – Derrick Alexander Jr, DE, Tulsa
Alexander reminds me a little bit of the end the Steelers showed some interest in earlier this year in free agency; Jason Jones. Alexander, like Jones, is a bit of tweener between a 3-4 and 4-3 defensive end. Alexander doesn’t have the length that Jones does, which is why he’s going to fall this far (and because he went to Tulsa), but I think that the Steelers’ could find spots for him in any of their multiple fronts. 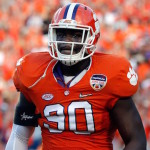 While I would prefer the Steelers find some trade partner looking to get back into the 1st round to take a QB so that said trade partner can be fleeced;
“Sure, Jimmy. We’re gonna need your 2nd and 3rd this year and your 2nd next year”,
I took a look at the trade values chart and the trade that Chris proposes [720 points for the 25th pick, 665 points for the Titans 2nd & 3rd (460 for #44, 205 for #77)] makes sense.
The Titans would likely have the upper hand because they have tons of picks to deal. The Steelers would also get two additional premium picks out of the deal, with the added benefit of not drafting Eli Apple, who I’m afraid is going to be the only upper tier CB left available at 25.

I find 3 that there are 3 picks I like. Joseph, Redd and Young. The rest are not really worth it. I mean why pass up on guys like Tapper, Clark. Jones and Ridgeway for guys like Drew Kaser, Javon Hargrave and Sterling Sheppard? Those guys won’t help this team. The 4 DL I mentioned can easily make an impact immediately for the Steelers where as a punter is just that a punter that you can find anywhere so waste that pick o a punter. Sheppard is fine but honestly I think the Steelers will take another Big WR and I have a name that you should all look for and his name is Paul McRoberts of Southeast Missouri State. He is 6’2 and about 210 but he plays like Bryant. Fights for the contested passes and is a real weapon in the redzone. If Chris wants a QB who be can be developed behind Ben my choice would be Brandon Doughty of Western Kentucky. Big Strong guy who reads defenses very well and isn’t afraid to call an audible when it’s necessary. As far as the Steelers trading there 1st round pick, the only way they trade there pick is if they get a 1st round pick in return. So lets say for example Denver wants Paxton Lynch at by the 24th pick he is still there they may call the Steelers and make an offer to move up 7 spots and include there 1st round pick, besides the Titans are not giving up those picks well at least 1 2nd round pick they will move and get more picks but the Steelers won’t be the team that makes this move. Chris has the right idea with 2 DL and 2 CB’s but it’s the 2 DL picks I really don’t like. Don’t settle for someone like Hargrave when guys like Tapper and Ridgeway are still on the board.