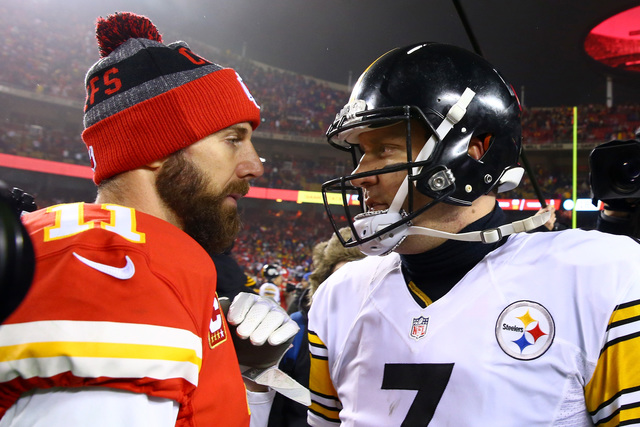 Coming off a brutal defeat by the Jacksonville Jaguars, the Steelers head to Kansas City, looking to right the ship against the undefeated Chiefs. Here are five key stats to know for Sunday’s game.

The Steelers are 22-11 against the Chiefs all-time and 5-2 during the Mike Tomlin era. All-time, the Steelers are 11-6 at Arrowhead Stadium. Only the Baltimore Ravens (3-0) and Baltimore/Indianapolis Colts (9-4) have better records all-time in Arrowhead Stadium than the Steelers. Under Tomlin, the Steelers are 2-2 at Arrowhead. One loss came in 2015 when Landry Jones was forced to start at quarterback. The other was in 2009 in another shortcoming against an underwhelming opponent. The Chiefs were 2-7 heading into the game but Jamaal Charles returned the opening kickoff for a touchdown then scored to cap a 10-point second half comeback to force overtime. In overtime, Bruce Arians called a toss play on 3rd and 2 at the edge of field goal range which lost 3 yards and forced the Steelers to punt. Matt Cassel was able to hit Chris Chambers in the middle of the field (in a play eerily similar to the Tim Tebow play in Denver a few years later) that Chambers took all the way down inside the Steelers 5. The Chiefs kicked a field goal to win in overtime. Speaking of shortcomings against inferior road opponents, that brings us to…

I’ve said it before, and I’ll say it again. The Time Zone Thing is real. Before the Steelers laid an egg in Chicago, I wrote about Mike Tomlin’s bad splits outside the Eastern Time Zone. Adding in the games that have been played this season, the Steelers are 114-65 (.637) overall under Tomlin. In the Eastern Time Zone they are 104-45 (.698), which breaks down to 65-24 (.730) at home and 39-21 (.650) on the road. Outside of the Eastern Time Zone, they are a paltry 10-20 (.333). The Steelers winning percentage in non-EST games is almost exactly half of their winning percentage in EST road games. Let’s not forget that these losses have not always been to superior teams. In addition to losing to the Mike Glennon-led Bears this year and the Matt Cassel-led Chiefs in 2009, those 20 losses also include defeats by Matt Hasselbeck, Tim Tebow, Terrelle Pryor, and a limp-armed Peyton Manning.

The Steelers have faced the Chiefs in each of the last three seasons, plus an additional meeting in the playoffs last year. Over the last three games, the Steelers have been able to run all over the Chiefs defense. As a team, the Steelers have averaged 156 yards per game on the ground against the Chiefs in the last 3 meetings. Two years ago, with Landry Jones playing quarterback and the Chiefs known Bell was going to get fed the ball, he ran for 121 yards on 17 carries. Last year’s regular season meeting was Bell’s first game back from suspension and he had a dominant performance of 18 carries for 144 yards. In the playoffs, Bell was the focal point of the Steelers offense. He had 30 carries and Ben Roethlisberger only attempted 31 passes. Bell ran for 170 yards on those carries to bring his three-game average to 6.7 yards per carry against the Chiefs. If the Steelers want to turn things around on Sunday, they need to establish the run early and stick with it as the game progresses.

The Steelers deficiencies in the Red Zone have become a hot topic for debate after they settled for three field goals against the Jaguars. This troubling trend for the Steelers dates back to 2014 when 20 points became their magic number. Since the start of 2014, the Steelers are 34-6 when scoring at least 20 points and are 4-15 when they are held under 20. The Steelers were lucky enough to eke out an 18-16 victory the last time they visited Kansas City in the playoffs, but if they want to emerge victorious from this game they can not settle for field goals. The Steelers will be able to move the ball against the Chiefs defense, but they have to find a way to get the ball across the goal line. Settling for field goals is not conducive to winning football games. Last week, if the Steelers had punched it in 3 times, they would’ve had a 21-7 lead before Ben’s first pick-six and may have been able to approach the second half differently by playing from ahead rather than clinging to a small lead or trying to come from behind.

Steelers-Chiefs Behind the Numbers was last modified: October 15th, 2017 by Ian 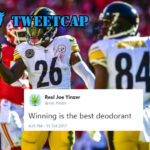