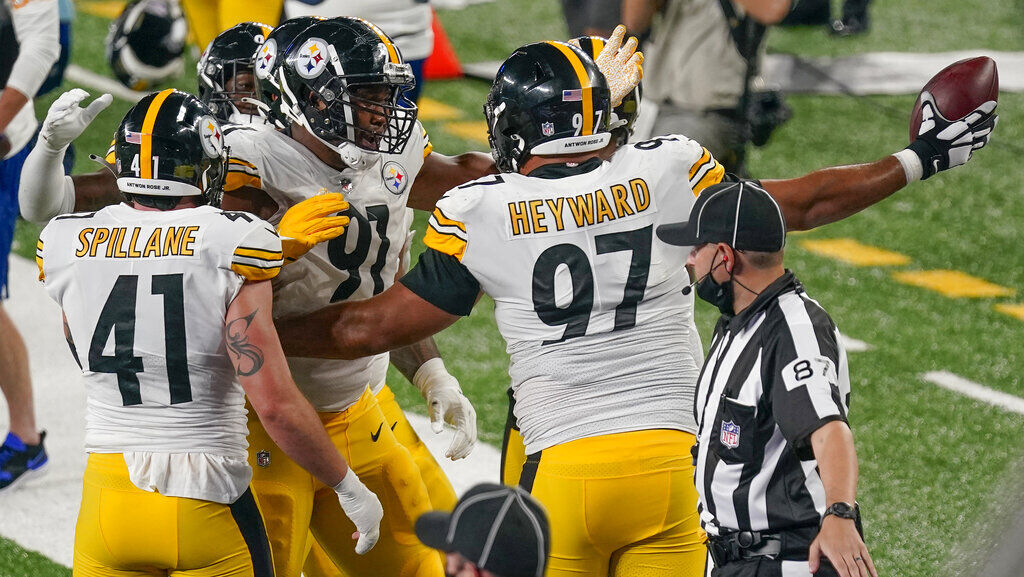 Returning 10 starters from 2019, the Steelers defense got off to a hot start against the Giants to open the 2020 campaign, holding them to just 16 total points. They held superstar running back Saquon Barkley to a staggering 6 yards on 15 carries, sacked Daniel Jones 3 times and picked him off twice for good measure. The defense looked like the same defense that nearly dragged one of the worst offenses in Steelers franchise history to the playoffs a season ago. While it was an extremely impressive performance, it wasn’t perfect but it rarely is. In Tuesday’s presser, Mike Tomlin noted that he would have liked to see them get off the field more efficiently after New York converted on 8 of their 15 third down chances on Monday night. While true, that is not the focus of this article. Instead, we are going to do a deep dive into Darius Slayton’s 41 yard touchdown catch in the 2nd quarter.

First, let’s take a look at the concept. The “Yankee” concept has been around the league a while. The concept is usually a 2 man route combination with 1 receiver running an inside breaking “over” route while the receiver on the opposite side of the field runs a deep post in right behind him. Then you have the max protection, up to 8 total blockers, in to protect for the QB. The reason for this is because these are shot plays down the field, these routes take a long time to develop. Almost always, there will be a play action fake to the running back to lure the linebackers towards the line of scrimmage. The strength of this concept is that it can give defenses that like to deploy a lot of single high safety looks (like the Steelers) fits. Cover 1 is the primary man coverage used in today’s league and this is one of the concepts that offenses use to counter that as it all but guarantees one receiver will end up being single covered down the field. 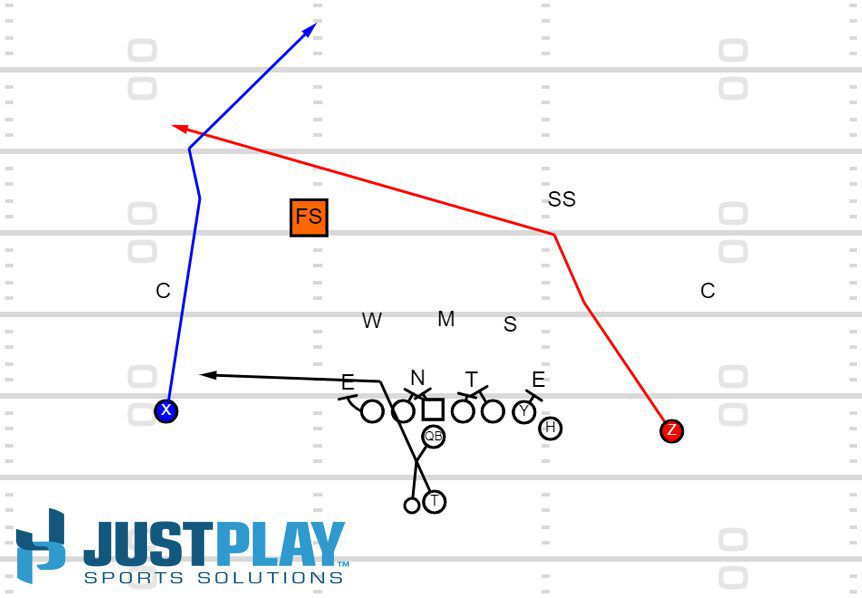 Next, let’s take a look at how the Steelers defended the Yankee concept last season against the New York Jets. The Jets come out in 21 personnel (2 backs, 2 receivers, 1 tight end) and both receivers on the field are in a “nasty” or reduced split keeping them in tight. Which is common for this concept, particularly if you think that the offensive line will struggle to hold up in pass pro for a long period of time.  Both Nelson and Haden are playing outside leverage since their only help is towards the middle of the field. Watch Haden pass his assigned man to Fitzpatrick once the receiver makes an in-breaking route. Haden then rotates back to the middle of the field in order to replace and give help to Nelson overtop. The Steelers fooled Sam Darnold into what should have been an interception on this play. Aside from that, it was perfect execution of the Steelers “under” call.

Fast forward to the 2020 season opener, New York comes out in 13 personnel (3 tight ends, 1 back, 1 receiver) with all 3 of the the tight ends to the short side of the field, leaving Darius Slayton by himself to the open side of the field. Daniel Jones fakes to Barkley and the offensive line creates a beautiful pocket for Jones to step into and launch. Nelson is playing outside leverage and Slayton sells that he might try to just beat him deep down the sideline before breaking inside for the post. Good route, perfect throw to give the Giants the lead in the second quarter.

As soon as this play happened, I knew what Steelers twitter’s response was going to be: Who’s fault was it? Was it Nelson’s for getting beat deep? Why did Fitzpartick jump the crossing route? Why was Haden late getting overtop? I saw a mixture of all of those responses so let’s talk about them individually.

Nelson: He’s shading outside expecting help overtop towards the middle of the field. Slayton sells the go route and gets into Nelson’s blind spot with him peeking into the backfield. Once he makes the break inside, you can see that he has Nelson on his heels. From there, it’s a foot race. Slayton, a height-weight-speed prospect from Auburn,  ran a 4.39 40 at the combine in Indianapolis just 18 months ago. Veteran route from a young player. So from there, Nelson is banking on his safety help.

Fitzpatrick: As usual, Minkah lined up as the single high safety in the Steelers base defense with Terrell Edmunds in the box. As mentioned above, the “under” call means that Fitzpatrick takes away the underneath man in this route combo. Some mentioned that he got caught guessing but personally, I do not agree. This is how they defended this concept last year and to me, he makes the right read here.

Haden: Outside leverage with him lining up against Evan Engram. Engram starts breaking inside on the over route at about the 7 yard mark which tells Haden that he needs to replace deep middle. Former Steelers DB, Ryan Clark tweeted an interesting comment regarding Haden’s urgency for getting down the field. I don’t agree there, either. As you can see in the video above, Haden sprinted full speed once his man broke inside but the ball beat him there, unfortunately. He’s actually even with Slayton once he points towards Fitzpatrick to pick up Engram but he’s not winning that foot race.

Joe Haden has to push right away… Tight formation. Minkah took the TE crosser. Joe has to go right away

So what happened differently this go around? Slayton’s split wide combined with him being aligned on the open side of the field is a primary reason that this play was successful. Since he starts wide and finishes in the middle of the field, this leaves Haden to cover a lot of grass. Asking your 31 year old corner to cover that much ground to catch up with a receiver as physically talented as Slayton is a really tough ask. Now that this is on film for other teams to see, it will be interesting to see if the Steelers switch up the way that they play this concept.

In conclusion, this play was not the result of one person making a mistake or being in the wrong spot. Could Nelson have been tighter in coverage? Sure. Sometimes an offense just has the perfect play call against the right coverage. As fans, we typically forget that the other teams coaches and players get paid, too. The Giants won the play but at least the Steelers won the game. 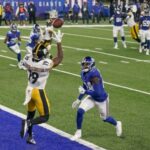