The Pittsburgh Steelers return home licking their wounds after the worst loss in Mike Tomlin’s tenure as Head Coach. Waiting for them are the Kansas City Chiefs who rode their defense to a big win over the New York Jets last Sunday.

Weather: 72 degrees and under the lights. No precipitation expected.

What You Need to Know: Ben Roethlisberger has beaten the Chiefs in four of five games… The two teams have played five straight games where the margin of victory was eight points or less. Two of the games went into overtime… Between 1992 and 2003, the Steelers and Chiefs played in Kansas City eight straight times without a single game in Pittsburgh. The teams split those games 4-4… The Steelers are 8-2 against the Chiefs in the month of October and are 3-0 at home.

What’s at Stake: Both teams know the importance of winning AFC games because of their importance when it comes to playoff seeding. The two teams have split their last two meetings with the Chiefs winning in KC last year and the Steelers winning in Pittsburgh in 2014.

All-Time Series: Steelers lead 20-10 and are 10-4 at home. This is the eighth time they’ll play in prime time but just the second time the game will be in Pittsburgh.

Neutralize Poe. Despite the 2-1 record, the one constant problem for the Steelers has been the ability to limit the interior push from the opponent’s defense. In the last two weeks, Geno Atkins and Fletcher Cox tossed around guys as if they were rag dolls and therefore Ben Roethlisberger rarely had a chance to set his feet and throw. The challenge does not get any easier this week as Dontari Poe comes to town. The task for the Steelers’ interior line is even greater this week because Ramon Foster is likely out. If Poe is allowed to gain leverage and use his strength then Big Ben is going to struggle to find a clean pocket.

Get Back to Fundamentals on Defense. In recent years the tackling of the Pittsburgh Steelers has declined to a level that I never thought I’d see. In week one, it was ugly. In week two, it was much better but in week three it was down-right abysmal as the team missed 19 tackles. But it goes further than just the missed tackles. More often than not, defenders are putting themselves in poor position to even make a tackle. I’ve seen more lunging and diving from this group than I ever dreamed imaginable. Now with the Chiefs coming in, who have an offense very similar to the Eagles, the Steelers must go back to their basic fundamentals. Keep the guy in front of you, line up his midsection and aggressively make the tackle. We can blame the poor technique and lack of tackling of general on any number of things but the bottom line is this team needs to get it done.

Options Other Than AB Must Emerge. As of this writing, Chiefs’ cornerback Phillip Gaines looks like he may not be able to play on Sunday. Regardless, someone has to step up and be a receiver Ben Roethlisberger can trust who isn’t named “Antonio Brown.” Eli Rogers looks like he’s going to miss this game which means Markus Wheaton has to play. He doesn’t exactly strike any type of confidence after his performance last week. Sammie Coates is coming on but his route tree consists of a go route and a wide receiver screen right now. That leaves Darrius Heyward-Bey who has shown glimpses of brilliance at times but not long-term consistency. I don’t know who rises to this challenge but someone has to soon.

I missed badly last week thinking the Steelers would be too much on both sides of the ball for the Eagles and I couldn’t have been more wrong. I know first-hand there were some serious ass-chewings this week in the Steelers’ facility and I expect this team to play with a much better level of focus and intensity. That said, it won’t be easy. 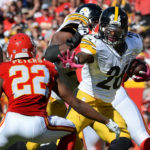 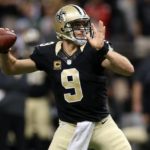 I know the Steelers will win this game not just because it’s a primetime game but they are honoring Kevin Greene as well and look the last 2 years when the Steelers honor a past member of there team in which both guys were HOF’s and it was the Steeler Defense that stepped up and delivered the goods on a primetime game. I trust the Steelers offense that they will shake of that bad game last week in Phily and deliver a performance that will be remembered for being a a** kicking machine.