Today is the second in a series of thoughts on specific Steelers’ players as we approach Training Camp in late July. I’ll be focusing on a variety of players whose personal success this season could determine the team’s overall success in 2016.

Every team has that guy. Mike Mitchell is that guy for the Pittsburgh Steelers.

This is the guy that on one play can bring you to your feet cheering like crazy while one play later you want to wring his neck. When he came over from Carolina two seasons ago via free agency, little was really known about him. He had great speed and was a big hitter but could he pick up the Dick LeBeau defense well enough to replace Ryan Clark who had finally made it official and gone on to ESPN.

In that first year, Mitchell battled injuries and never seemed to gel with Troy Polamalu who as we learned wasn’t real thrilled with how things were going as his career wound down. All in all, the jury was still out after Mitchell’s first year but most seemed willing to give him another year to prove himself.

With LeBeau gone, the defense was turned over to Keith Butler. While certainly much healthier, Mitchell also seemed to thrive under Butler and without Polamalu. I thought he was much better in coverage in 2015 and supported the run better than I think anyone could have expected.

Where Mitchell can rub Steelers’ fans the wrong way and I include myself in this, is when he celebrates a big hit after the ball carrier has picked up a first down or a big gain. I will go so far as to say it absolutely infuriates me to see him flexing his muscles after hitting a ball carrier who has just run up the gut for 12 yards.

But… This has become the NFL today whether I like it or not.

I feel Mitchell is a guy who carries extra importance this season for a couple of reasons. He’s going to be anchoring a secondary that is filled with youth. William Gay is the “old man” of the defensive backs but playing on a corner or in the slot isn’t the same as where Mitchell plays.

With young players like Senquez Golson, Sean Davis and Artie Burns as well as Ross Cockrell to manage, can Mitchell be up to the task? His grasp of what Keith Butler wants to do defensively is obviously much better now than it was a year ago and that’s huge not just for Mitchell but for the entire defense.

As I mentioned with Ladarius Green, the overwhelming issue with Mitchell is health. He had a fourth surgery on his shoulder during the offseason and while his recovery is way ahead of schedule, if that issue rears its ugly head again in 2016 then that puts incredible pressure on Rob Golden to fill Mitchell’s spot.

Golden has proven he can be a reliable substitute but that isn’t a situation Butler or Mike Tomlin want to be in. Mike Mitchell has to be on the field as both a big-time player and a ‘coach on the field’ if you will. Take him away and the secondary suddenly becomes a shell of its’ self.

In other words, Mike Mitchell needs to continue being that guy for the Steelers. 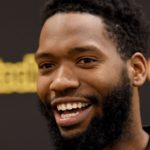