I have two main topics to cover today. One is Steelers’ Quarterback Mason Rudolph and the other is now Tennessee Titan Julio Jones. Rudolph created a lot of unnecessary buzz yesterday with his sit-down with the assembled media. This was not intended to be newsworthy but social media being what it is, well, you know… Rudy said his goal is “to be the starting quarterback of the Pittsburgh Steelers in 2022.” For whatever reason this got fans riled up.

“Rudolph sucks! No way will he be our QB!”

“How could he say that with a straight face?”

What would you have preferred he had said? “I’m just here for the Primanti’s and Iron City Lights?” Like him or not the guy is a professional athlete and a competitor. He wants to be on the field and he wants to be the QB of this team. Good on him for being honest about it. Both on the podcast and in these very pages I’ve stated my concerns about his ability to be a long-term starter in this league. That doesn’t however mean he shouldn’t be trying to make me and millions of others eat those words. In fact, I want nothing more than for Rudy to take the reins someday and prove me 100% wrong. I would gladly own that! But no one should criticize the guy for being honest.

Tweet of the Day… If Hooker does end up coming to Pittsburgh then he’ll fit right in as active as he is on social media.

Cause At The End Of The Day I’m Sure Everybody Wants To Be Back To Normal But Don’t Try To Force It Upon People By Saying “Why Are You Even Wearing A Mask If XYZ” Those Folks Have They Right To And Own Reasons Shit I Wear A Mask Still I Hate Being Sick In General??

A headline I saw this morning said, “Steelers were smart to pass on Julio Jones.” Um, what? I don’t even know where to begin. First of all, according to overthecap.com, the Steelers currently have about $7.3 million in cap space. As part of the trade, the Tennessee Titans will pick up Jones’ entire deal for 2021 meaning they will pay him $15.3 million and incur a cap of hit of over $23 million. For anyone to have suggested that the Steelers were even slightly interested in trading for the superb wide receiver is asinine. This doesn’t even take into account the personnel side of things. Pittsburgh already has a receiving corps of JuJu Smith-Schuster, Diontae Johnson, Chase Claypool and James Washington. Now you’re going to throw in Jones? Being a fan of a team is great because you can wish for and hope for all kinds of wonderful things especially if you think playing Madden on your Xbox is real life. We’re fans too but there’s no way in hell trading for Jones was ever going to happen.

Both Joe Haden and T.J. Watt are absent from the “mandatory” mini-camp. Make your own assumptions there… Whatever you see in a video clip taken by a reporter’s cellphone is not gospel… It is evident the Steelers are working on outside zone blocking… I really have no idea what transpired in Miami with Minkah Fitzpatrick but he’s been nothing but professional since he arrived here. Another moment in front of the press yesterday solidified that… I love coaches who think outside the box with their drills. Steelers’ RB Coach Eddie Faulkner comes up with some really cool stuff for his running backs. Not the usual stuff by any stretch and I think the players enjoy his ideas. 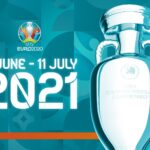 Is Mike Tomlin Next in Line for...