Finally… I know when I type that, it feels pretty good. Therefore I can only imagine what Ben Roethlisberger must have felt like when he finally got to start throwing the ball to his teammates. The last time he did that was September when the pain became too much and the results of every throw left him knowing something wasn’t right. Now following surgery to the troublesome elbow, Big Ben has started slinging it. There isn’t a ton of video evidence but he’s never exactly been a guy who was going to share much whether he was healthy or not. The video, which you’ve likely seen already shows him finally throwing the ball pain free to JuJu Smith-Schuster who was among a number of Steelers spending time with number seven. I’ll get to one of those guys in a second but let’s enjoy this moment for what it is and take it no further. It’s a step. It’s the beginning of a long return. It’s the start of what all of us hope is a triumphant march back to our rightful place at the top of the AFC North.

It’s no secret that Roethlisberger and Wide Receiver/Returner Ryan Switzer are good friends. They were spotted together at a West Virginia basketball game this winter and both have spoken fondly of each other. The problem with this relationship is that Switzer doesn’t exactly have a place on this roster. He’s going to be at Training Camp – I can tell you that right now – because his contract is very team friendly. He is an above average guy in the locker room and is a consummate pro on the field. The problem is that he is not a threat in any way for opposing defenses. He goes down on first contact and is not nearly fast or quick enough to make guys miss regularly. With JuJu, Diontae Johnson, James Washington and Chase Claypool already ahead of him in my opinion, his best shot is to make the team as a fifth wide receiver but that’s no guarantee. What cannot happen is Switzer being kept ahead of a more deserving player. It’s happened before…

Feels good to be back out there with my guys! @TeamJuJu @JamesConner_ @Switz pic.twitter.com/hAlOwr7Ias

Among the guys working out with Ben Roethlisberger is James Conner and you all know the issue there. When healthy, he’s a tremendous player. When not, he isn’t available. It seems apparent to him that being in tip-top shape is vital and his recent social media posts confirm this. He looks to me to be in the best shape I can recall seeing him so I get the feeling he understands just how big this upcoming season is. 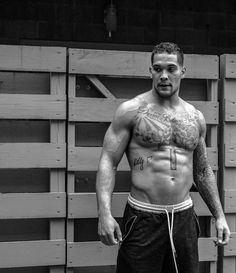 More of Our Stuff!

My daughter is addicted to RedBubble. Not familiar? This is a site that allows you to buy stickers, decals etc and also put your logo on anything as well. She loves the stickers for her laptop like many high school and college students these days. So what kind of business owner (and father) would I be if I didn’t give you the chance for SCB decals and wait for it…. Official SCB masks?!?!? Check out our store today!

Let’s keep our fingers crossed, many athletes have come back from injuries. Just about all come back not quite the same player. Some can match their former production most can’t. But it’s very rare that you get the same player back. Football is like a moving 3D puzzle it’s a hard enough game to play at 100%. I’m hoping he adjusts to his new arm and he’ll be just fine but truth is we won’t know until around week 6.