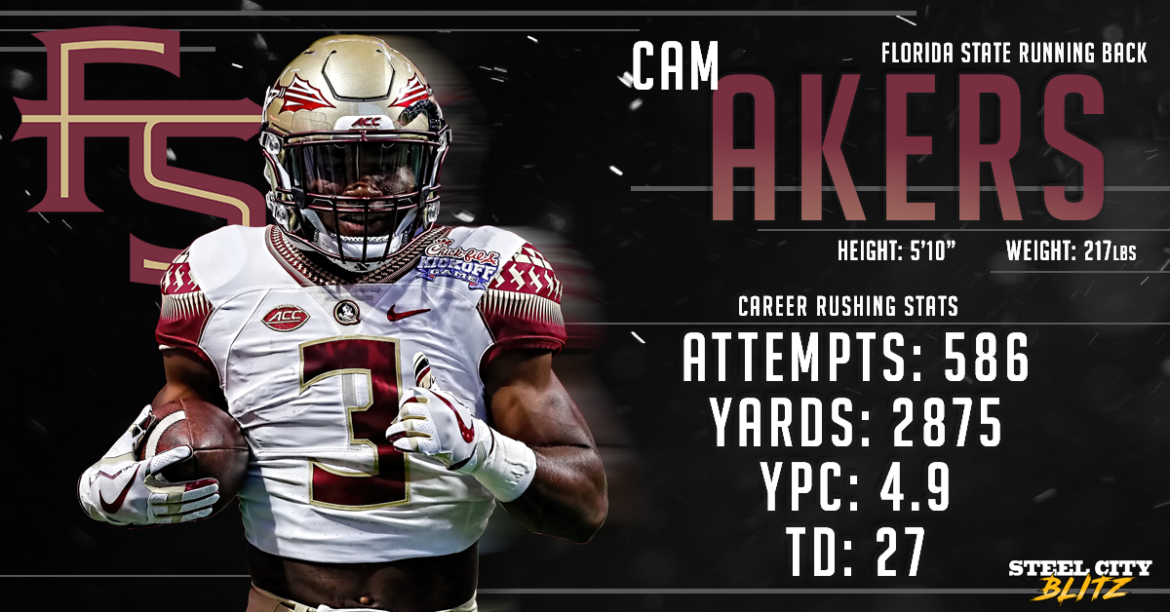 Our latest profile features a running back who was actually a star quarterback in high school. Could he be the answer to the Steelers’ need for a reliable running back?

Was often rated the number one or number two running back in the nation out of Clinton (MS) High School… Was the state’s ‘Mr. Football’ and Gatorade Player of the Year for 2016… Helped deliver Clinton’s first-ever state title… Threw for over 8,000 yards as a QB in high school… Mother overcame breast cancer when he was 10 ears old.

He has the physical attributes to be a good pass blocker… Has no problem lowering his shoulders to gain extra yards… Has unique ability to ‘get thin’ and slide through tacklers for extra yards… Competitive young man who goes hard through the whistle… Uses a very effective stiff arm… Terrific escapability which was often needed as he could extend plays to the outside… Love his acceleration… Really good at putting that foot in the ground and cutting… Has the second level speed you like to see.

Not a natural pass catcher/fights balls outside of his body… Fumbling issues are a problem… Too often wants to go low in pass protection or flat out whiffs at times… Overall pass protection set up needs some work… Route running will need work if he’s to be a three-down back… Often takes too much punishment on his body… Good vision but sometimes gets caught up looking too long and loses opportunities at bigger gains.

This kid played on some historically bad Seminoles’ teams. The offensive line was brutal in front of him more often than not but he still produced and the quarterback play didn’t help him much either. If he were top notch at pass blocking this would likely be a first round type of guy. The physicality is there, the competitive nature is there and the ability is absolutely there. Despite taking lots of punishment at FSU, he’s held up pretty well and I believe that could bode well in the NFL. If the Steelers are committed to getting more consistency out of their running backs then Akers fits the bill.

I was wondering what you guys think about Chase Claypool WR N.D. I have been out of the loop for awhile and haven’t really looked at any players this year. But i watched i few of his games last year and was impressed.