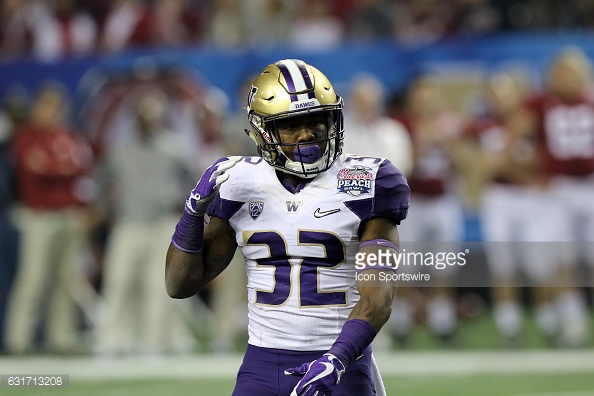 What’s to like: He’s very aggressive and does not let his lack of size hinder his play style. Has a honey badger like mentality. Very versatile, played slot cornerback as well as both safety spots. A very willing and sure tackler, always on the move to the ball carrier. Takes good angles and is smart about where he puts himself. Has a ton of range and very fast; was a former high school track sprinter. Substantially high football IQ, instincts and has a lot of heart.

Concerns: Undersized and can struggle to match up against tight ends. Not a huge turnover machine. His aggression as a run defender makes him over pursues. Uses his shoulder for bigger targets, can create injury issues down the road in his career. May need to gain 15-20lbs and unknown how he’ll be able to carry that weight.

Verdict: Reminds me of Earl Thomas. He is not Thomas, but he’s close. A very good free safety that can be moved around to accommodate scheme, formations and situations. Versatility is a huge plus and an asset the Steelers love in their players. His size may turn you off, but you should watch him play before tossing his name away. If the Steelers are contemplating Mike Mitchell’s future, Baker could make an easy transition into any defense the Steelers may run. 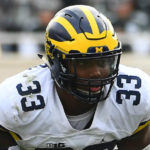 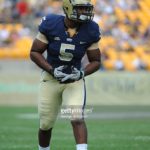 Safety isn’t a huge need, but if Baker were there at 30, I’d have no problems with them taking him.

Early on he could see the field in 3 safety looks and you could look at him playing in the slot. Then he’d be Mike Mitchell’s eventual replacement.

Tim Williams is an ideal candidate to play OLB is sub packages, IMO. My hope is that the drug test failure stories are just that, rumors.
I like Baker too. He’s a very good FS prospect. That said, I’d be very surprised if they took a safety high. Baker will be gone by the end of the 2nd.