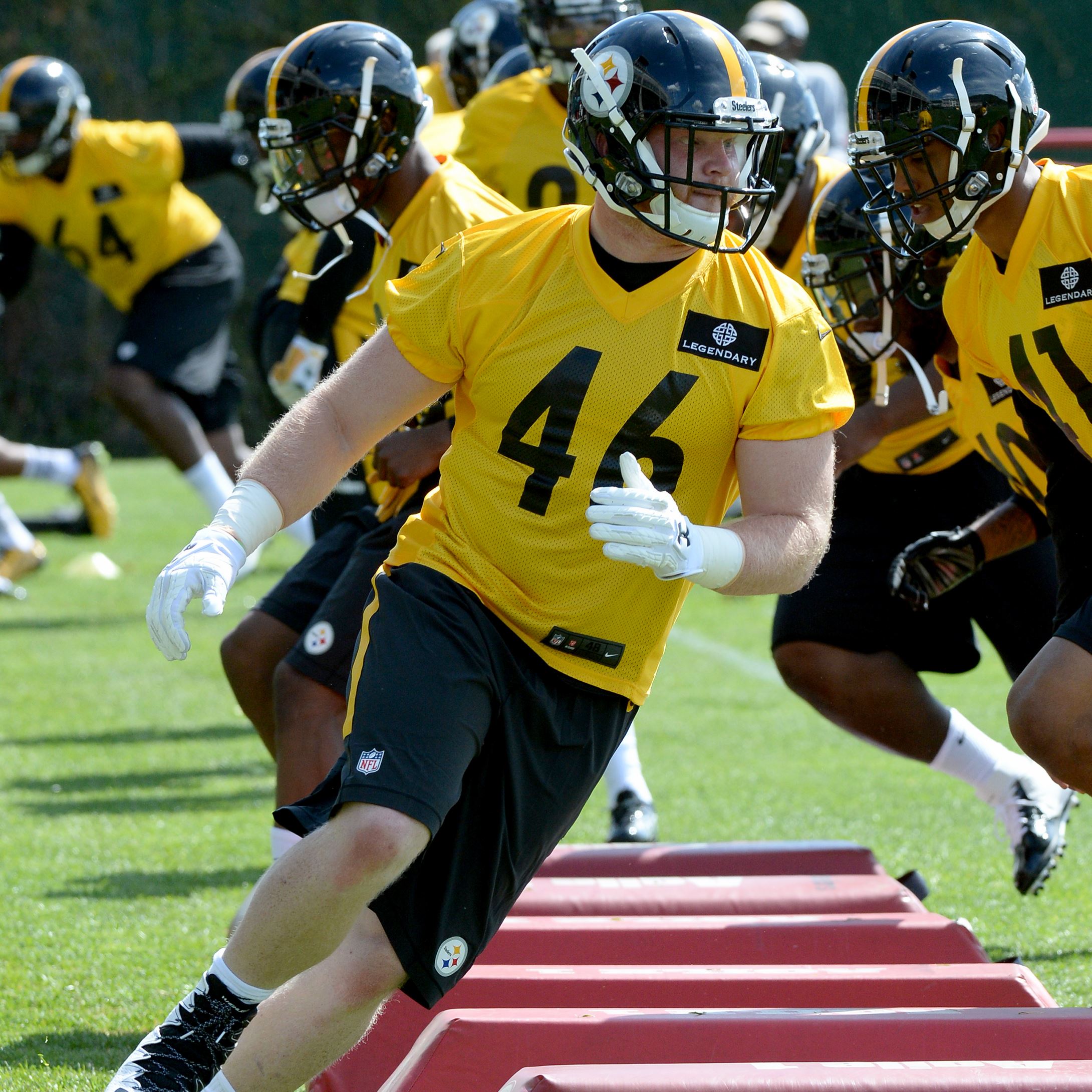 The opinion I expressed in December has not changed. The Steelers still have issues at Right Outside Linebacker. Those issues are compounded by Jarvis Jones not having done enough to inspire the Steelers to exercise the 5th Year Option on his rookie contract.  Unfortunately, there is nothing they can do about that looming issue today. I’m sure OLB will be a priority during the 2017 draft.

Speaking of Mr. Jones, Jarvis started every game that he played in last year. I would expect the same in 2016. James Harrison, despite starting only 1 game, played more snaps than any outside linebacker on the Steelers roster (Harrison: 608, Dupree: 560, Moats: 553, Jones: 452). I would expect the same again this year, barring injury or potential suspension for non-cooperation in a league investigation; which is a whole different article. I expect Arthur Moats to play less and for Bud Dupree’s snaps to go up. If they do not, something has gone very wrong.

When you watch Steelers games, the thing that jumps out at you is that Jones and Dupree played a high number of snaps early in games, but that Moats and Harrison played more in the second half, that is especially so in the 4th quarter. Speaking in general terms, Jones is played primarily on running downs as an edge setter and on some passing downs, mainly in coverage. Dupree played in all situations, but became less effective as the game wore on. He clearly hit the rookie wall and lacked the stamina to go hard for 60 minutes for a marathon NFL season.

In Harrison’s case, he played most of the 4th quarter snaps because even at 37, he was their best pass rusher and the guy they trusted to get after the quarterback when the opposing team was trying to pick up big chunks of yards. In Moats’ case, he played a lot of 4th quarter snaps because Dupree was gassed. Harrison will likely play more than Jones, but don’t expect Moats to play as many snaps as he did in 2015, barring injury.

As Steelers Training Camp gets underway, we know the majority of the players who will make that unit. While there are 2 or 3 spots up for grabs; surprises, even within the second team linebackers, are really unlikely.

Jones and Dupree are you starters outside, with Harrison and Moats backing them up. Lawrence Timmons and Ryan Shazier will be your starters inside with Vince Williams backing up Timmons and potentially backing up both spots, although his athletic limitations make him a middling “Mack” linebacker. That leaves 2 or 3 spots open to bring the unit up to 9 or 10. Let’s look at the guys that will be vying for those spots.

Anthony Chickillo
I agree with Chris Garman on this player. He is almost a lock to make the 53 man roster. Jarvis Jones may be (probably is) entering  his last year as a Steeler. James Harrison is 38 years old in the last year of his deal and well past his prime. It’s time to get younger at this position. “Chick” has shown plenty of potential as a pass rusher, but not much else. I see him as a lock because they’ll need at least one guy on the right side who knows the system in 2017. Given that another team tried to poach him off he Steelers practice squad last season, I tend to believe that he’ll be claimed if the Steelers released him in an attempt to stash him on the practice squad.

Travis Feeney
Upon Feeney being selected many celebrated Feeney as a draft steal. He was productive at Washington, is incredibly athletic and plays with an aggressive, relentless nature. Alas, Feeney did a Sirius radio interview after the draft and admitted being down to 225. At 6’4″, Jack Lambert could get away with being that light in 1974. In 2016, outside linebackers going against 300 pound tackles need to be bigger and stronger. Feeney offers little (no pun intended) to nothing as a defender in 2016. If he can put on some weight over the next few years, he may end up being a nice addition. However, it sounds as though his four previous shoulder surgeries (tore both labrums) and the sports hernia surgery he had this summer may have precluded him from doing the requisite weight training to get bigger and stronger in time for 2016 training camp. His speed may give him an edge at earning a roster spot, but that would likely be for Special Teams duties only.

Mike Reilly
UDFA from William and Mary. Good motor, decent bend, serviceable hands in pass rush. Short armed, below average change of direction skills and athleticism. Bottom line: tenacious player from Tomlin’s alma mater. I don’t want to use the word ‘favor’ when describing the Steelers signing him, but it’s a very long shot that Reilly would make the 2016 roster.

LJ Fort
Young inside linebacker who has bounced around NFL practice squads for a few years. He has enough upside that he was added to the 53 man roster prior to the final regular season game in 2015. The Steelers like him and will include him in the “Sean Spence Replacement Tournament”, but I think his ceiling may be Special Teams duty.

Steven Johnson
Young linebacker entering his 5th year in the NFL with his 3rd team. Johnson has played mainly a Special Teams role throughout his career, but did start 7 games with Denver in 2014, due to injuries to players in front of him on the depth chart. I’m told that the Steelers like his athleticism and tenacity. I do find it interesting that they broke up his signing bonus. He received $25,000 to sign and will receive another $55,000 if he is on the 53 man roster September 9th at 4 PM Eastern. It’s a 1 year minimum salary benefit deal. Johnson, if he makes the team will make $840,000, but count only $680,000.

Tyler Matakevich
Dirty Red is already a fan favorite. Steelers fans love an overachieving underdog. It’s in our nature. Alas, I tend to believe that Matakevich joins the Steelers in the wrong year. There are more athletically gifted players ahead of him on the depth chart who already have familiarity with the Steelers defense. He’s a smart, decisive player who was always in the right place at the right time in college. At the NFL level players are so talented that a player’s intangible qualities tend to be marginalized by the relative level of competition on the field. Matakevich could be in position every time and still not make enough plays. I’m pulling for him but I don’t think he makes it in 2016.

Jordan Zumwalt
When Zumwalt came out I was sure he was going to be a Special Teams demon. Since joining the Steelers he has spent the past two seasons on Injured Reserve with the same hip injury. I was told within the past few weeks that he is still rehabbing it. I think you see where I’m going here. Zumwalt is the only linebacker I believe has a worse chance than Matakevich to make this team. Which reminds me a story I heard about Tomlin and Zumwalt. I was listening to a radio interview with Mike Mitchell in March.

Mitchell: “Mike Tomlin is the best coach I have ever had because he always tells you where you stand.” “If you need to improve on something, he tells you that you need to get better there. Not only does he tell you, but he tells you in front of everyone else, so you know he means it. When Coach T starts talking we all get quiet. The world stops.”

He continues: “Coach Tomlin is upfront blunt. I’ll probably get into trouble for talking about this but… I was in the facility today training and Jordan Zumwalt is in there. He’s a good kid, been injured the last couple of seasons. Coach Tomlin comes in and says, ‘What’s up, Money Pit? (referring to Zumwalt) You’ve been taking my money for the last 2 years and haven’t made one tackle.’ “

Mitchell laughs and goes on, “That’s the way he is. He tells it. Like. It. Is. You always know where you stand.” 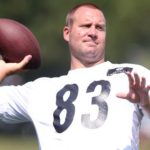 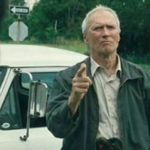 Let’s Get Behind Dungy’s Endorsement of Donnie...

Love that quote by Mitchell.