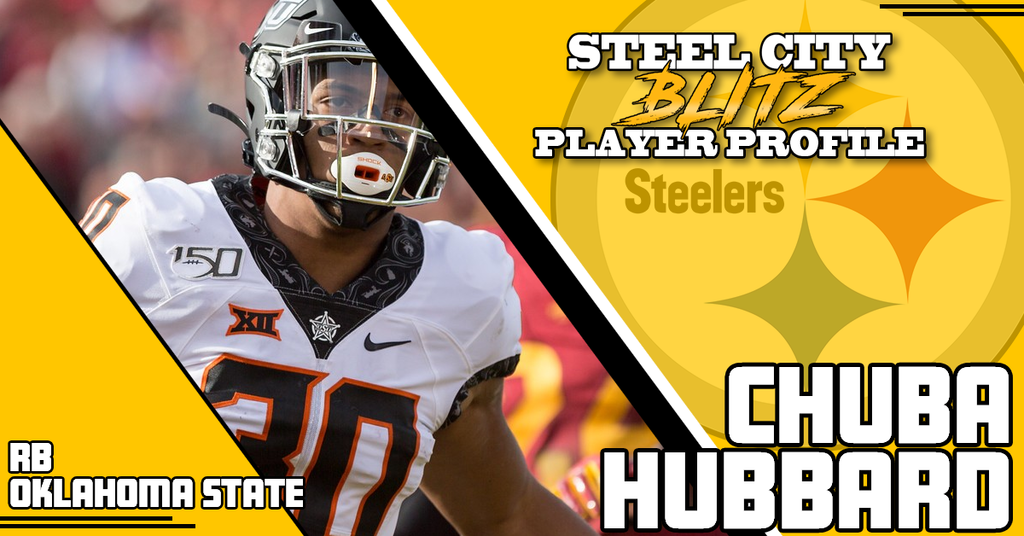 The Steelers finished dead last in the NFL in rushing in 2020, averaging just 84.4 yards per game. On top of that, the Steelers were last in the league in yards per carry at just 3.6 per attempt. The Steelers need to run the ball with more consistency, especially in short-yardage. Some of those struggles started up front with the line play, but they also lacked a home-run hitter that could take it to the house any time he touches the ball.

Today, we continue our look at the 2021 running back class with Oklahoma State’s Chuba Hubbard who led the NCAA in rushing back in 2019.

Hubbard grew up in Alberta, Canada and was considered the top Canadian prospect in 2016. In addition to playing (Canadian football) in high school, he was and also a world-class sprinter. He placed fourth in the 100-meter sprint in the 2015 IAAF World Youth Championships. He won the Canadian national title three times in the 100-meter dash. He chose Oklahoma State over a number of other offers from ACC, SEC, and Pac-12 schools.

After a redshirt year in 2017, Hubbard broke into the lineup in 2018. He took over the starting role after an injury to Justice Hill. He posted a solid season with 740 yards and 7 TDs. Hubbard took a giant step forward in 2019 and showed off his explosive track speed, rushing for 2094 yards and 21 TDs. Those marks were good enough to lead the NCAA in rushing in 2019 and he compiled a number of awards in 2019 including First Team All-American and Big XII Offensive Player of the Year. Hubbard likely would have been in the conversation with the top backs of the 2020 draft, but he decided to return to school. His 2020 season did not go as planned. He battled injuries and played in just 7 of the Cowboys 11 games, leaving the team after the Bedlam game against Oklahoma in order to prepare for the NFL Draft.

Watching Hubbard’s highlight reel from 2019 when he led the nation in rushing is a clinic in breakaway speed. You can see on film how his track background translates onto the football field. Once he gets to top speed, he was not going to get caught from behind. Oklahoma State ran an RPO offense which also required some pass protection sets from Hubbard when they wanted to throw deep. He was okay in that regard and was able to hold his own against bigger defenders as well as chipping the edge rushers to slow down the rush. He excelled in the play-action/RPO offense and displayed very good vision to be able to pick his way through blocks and find creases in the defense.

Despite Oklahoma State running an RPO offense, they did not utilize Hubbard a lot as a receiver out of the backfield. In the two years when he played a full season, Hubbard averaged just over 2 targets per game and had 45 catches in 26 games. Last season with his injury issues and leaving early, his production took a hit and he had just 8 catches in 7 games. His receiving skills could use some work. Additionally, while he has great straight-line track speed, he does not have a quick burst out of the backfield. Once he hits full speed by the 4th or 5th step, he can be very difficult to catch but the teams that had the most success bottling him up were the ones who could get to him before he got up to speed. Hubbard does not have great balance and often gets taken down on first contact.

Watching Chuba Hubbard’s tape was very reminiscent of watching Fast Willie Parker. Parker was notorious for having a game comprised of a number of very short runs and then hitting the home run to absolutely break things open. Hubbard was much the same. His 2020 games especially were a lot of short runs intermixed with those flashes of speed that took him to the top of the nation’s rushing list in 2019. Parker also struggled at times to get going but once he got up to speed he was not going to be caught from behind. Hubbard is much the same in that if he is going to be held in check, teams are going to have to get to him within the first 4 or 5 steps because once he hits top speed it’s off to the races. Getting to that top speed does take some time and he seems to have more long speed than short-area quickness. 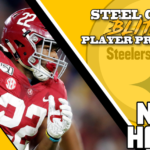