Revisionist History when it Comes to Bruce Arians 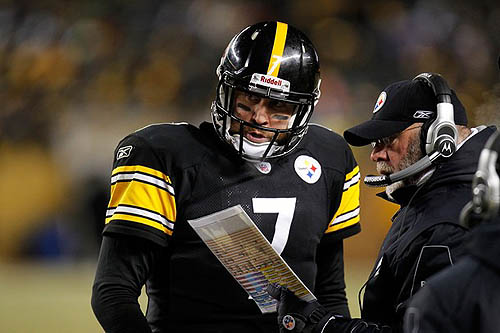 This week over at PFT there was an article that painted a pretty terrible picture of Todd Haley’s offense. That’s fair.

The article also pointed out all the success Bruce Arians has had since being forced out of Pittsburgh. It also noted the Steelers’ record of 27-11 under Arians as offensive coordinator and 19-19 under Todd Haley. That’s lazy writing.

A friend of Steel City Blitz, @thesteelersnat tweeted out several great points comparing Haley to Arians this week. You can check out his blog here.

It’s true the Steelers were extremely successful under Bruce Arians watch as offensive coordinator, but I think Steelers fans that are wishing he was back aren’t really remembering what was going on when he was here.

I’m going to get number crazy here, but stick with me.

As we saw last Sunday though, yards don’t mean a whole lot if you can’t score any points with them. So what about points scored?
Under Arians: 22.9 PPG
Under Haley: 21.8 PPG

So Arians lead offenses were scoring approximately 1 more point per game than Haley’s offenses. As we’ve seen this season (and last), Haley’s biggest issue seems to be punching the ball in once inside the 20 yard line. So what percentage of redzone trips resulted in touchdowns under each guy?

One small note on that. For comparison, something like 50-55% is the middle of the road. The Steelers this season are woefully bad here scoring a touchdown in the red-zone 36% of the time. That’s woefully bad, but it’s also a pretty small sample size. Haley was actually at 53.5% prior to this season… So I’d expect that number to raise some as the season goes on.

So… I think really the law of averages says that the Steelers red-zone offense is going to improve this season. Not drastically, but enough that those PPG and red-zone percentages will be sitting  just about even.

That doesn’t mean Haley is doing a great job by any means, but all this talk about Bruce Arians like some sort of offensive genius are really off base.

You want to know the biggest change from the Arians to the Haley era?

Think the Steelers have a couple more wins this season if they were ranked top 5 in the NFL in scoring defense? Think that the fanbase is a little more happy with the team? Think the Steelers aren’t seen as a team circling the drain?

Maybe the Steelers offense is frustrating. It’s not any more frustrating than it has been for Ben Roethlisberger’s entire career. The difference now is the Steelers defense is terrible. 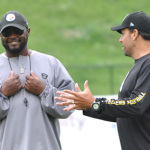 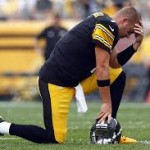 Can Steelers Fans Handle the Truth?