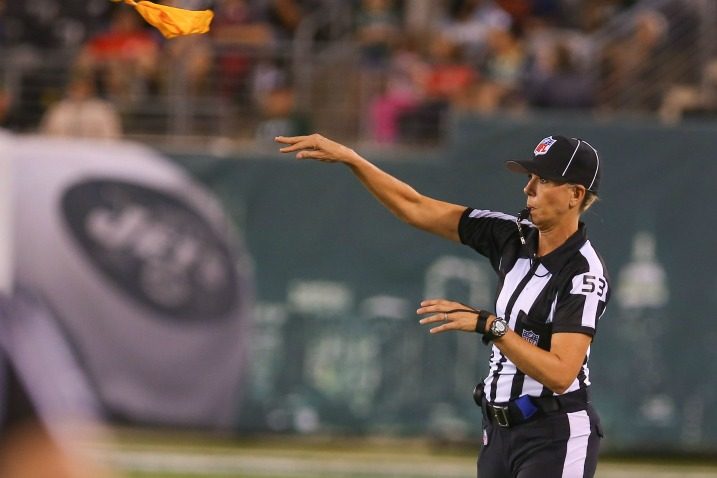 Of all the big sports’ entities, the National Football League has done the best at maneuvering through the mess that is the coronavirus. Part of that is because they were the only one of the four major professional sports leagues not in season when all of this hit. That said, they did a great job with free agency and the draft and have been very forward-thinking in moving towards Training Camp. The goodwill came to a screeching halt today when they announced that players would not be allowed to violate the six-foot social distancing rules and they wouldn’t be allowed to swap jerseys. The latter has been a custom following games for some time now. But you do all realize just how asinine this is right??

I really can’t say it much better than Richard Sherman tweeted so he’s what he said.

This is a perfect example of NFL thinking in a nutshell. Players can go engage in a full contact game and do it safely. However, it is deemed unsafe for them to exchange jerseys after said game. ??? https://t.co/fWefsUSVDc

Normally the NFL does a much better job of thinking things through in terms of trying to find holes in their ideas before revealing them to the public. Someone suggested to me that this plan is like letting a dozen kids play in a ball pit together at Chuck E. Cheese but then making them sit at separate tables to eat afterwards.

Imagine…. players block and tackle each other for 60 minutes. Sweat flies, blood flows and spit goes in myriad directions every single play putting these players at risk. They go to the sidelines where coaches and trainers are at risk. They speak to officials who are at risk but when the most brutal game in America ends, “don’t you dare violate social distancing!!”

You do all see the ridiculousness here as I do hopefully? Richard Sherman wasn’t the only one who was a bit “miffed” by this either.

We all recognize what is happening around us and often when things like this pandemic happen common sense goes out the window. My hope here is that the NFL sees the error of its ways because the players aren’t going to follow this to a tee. They’ll still meet up in the hallway or under the stadium or wherever. May as well let them just do it as normal. After all, what’s thirty more seconds of exposure when you’ve been doing just that for the last three hours anyway?

Steel City Blitz Steelers Podcast 178 – Where Do We Stand?

The Offense wow ?????? is this the O-line the one that was considered one of the worst in the league per Munchak or are they one of the better units in the league ?????? Is the running game top notch or they are who they are ranked 29th as a team ????? Do we have quality receivers ???? Is Ben really back ???? If your black and gold sun glasses are on your saying look who we got. The truth is this team will go as far as Ben’s surgically repaired 38 year old arm takes them. WOW ain’t that a big question mark.