L.C. Greenwood Gets a Boost for Hall of Fame Nod 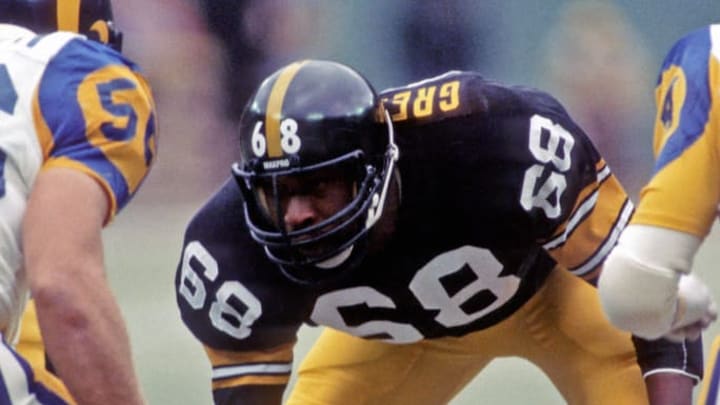 There are a lot of things that come to mind when I think of former Pittsburgh Steelers’ star L.C. Greenwood. His gold cleats, his “Hollywood Bags” nickname and Jack Ham’s story about Greenwood being a substitute teacher once and I stress once. But sadly, the fact that Greenwood remains outside of the Pro Football Hall of Fame is the first thing I think of when he is mentioned. The chance to someday right this wrong got a huge boost this week from of all places, a website.

Prior to 1982, the National Football League did not keep track of quarterback sacks. We now have statistics for career sacks, season sacks and sacks in a game among others. Because Greenwood played the majority of his career in the 1970’s, he was among a big group of defenders (Deacon Jones, Al “Bubba” Baker and Alan Page among many) who were never properly credited with the all-powerful “sacks” during their careers.

Stathead, which is part of pro-football-reference website, did countless hours of research to find sack totals for all of these players who performed largely before 1982. More contemporary players, Bruce Smith(200) and Reggie White(198), are still the all-time leaders but Jones checked in at number three with 173.5 career sacks. Greenwood did not quite crack the top 100 coming in at 124 but his 78 total sacks are significantly more than most have long predicted. That puts him one half sack behind Hall of Famer Lee Roy Selmon and one half sack ahead of his Steel Curtain mate Joe Greene. It also puts him well ahead of Hall of Famers Buck Buchanan, Curley Culp and Ted Hendricks.

Lost in the Crowd 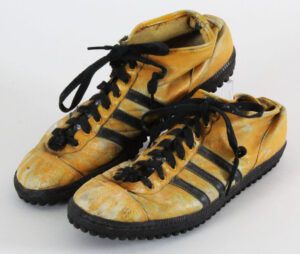 Many in professional football, writers especially who vote for who gets in and who doesn’t, have long held grudges against Greenwood. This was no fault of his but rather, it was because he part of such a legendary team. The defense of the 1970’s Steelers features Hall of Famers Mel Blount, Jack Lambert, Jack Ham and the aforementioned Greene. Donnie Shell will join this group next month. Offensively, Terry Bradshaw, Franco Harris, Mike Webster, Lynn Swann and John Stallworth also have gold jackets.

The writers, though many deny it, have long been accused of purposely keeping out some Steelers due to so many already being inducted. Greenwood has been the poster child for those Steelers left on the sidelines. With Shell finally getting his opportunity there is hope that Greenwood will finally get his as well.

What it Will Take

In order for L.C. to make it, he’ll need to get in via the Veteran’s Committee. This group is tasked with selecting players whose career has been over for at least 25 years. Greenwood’s career came to an end in 1981 so that part isn’t an issue.

Will he be able to garner enough support? That is ultimately what needs to happen here. Obviously, I’m biased. I’ve spent my entire life a fan of the Pittsburgh Steelers so Greenwood has my vote. I’m hoping that Shell’s induction will not work against Greenwood but instead will work for him. Only time will tell but a debt of gratitude to the stathead gurus for bringing all of this to light.

SCB Steelers Quick Hitters: The “Heard It Before” Edition