For Steelers’ Fans That Want the Quick Fix for Next Year, Here It Is 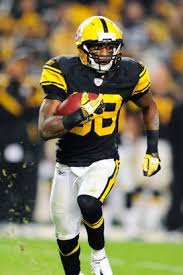 Let me preface this piece by saying the Pittsburgh Steelers do not overreact to any situation. They will not make a decision because of ‘fan-sentiment’ or because it worked on Madden 25 (yes I’ve had this suggested).

Lastly, they rarely make trades during the season let alone at all so for those of you who have already realized that Mike Tomlin, Todd Haley, Kevin Colbert and Dick LeBeau will be around for the remainder of the season then enjoy this piece for what it is.

For those of you who believe there is still time to make moves of the personnel and coaching variety in an effort to quickly fix what ails this team, then by all means enjoy the possibilities that I throw out here. Some are realistic and some are far-fetched but I don’t know that any are or would be impossible.

First things first, get Emmanuel Sanders on the trading block. It was and will continue to be my opinion that the Steelers should have let him go to New England when he signed their offer sheet as a restricted free agent. Hindsight being 20-20, it’s far easier to suggest this now because who could have known the team would start 0-4?

That said, did anyone of you think this team was Super Bowl bound regardless? Sanders has some skills but I have found his blocking to get lazier as the season has played out and his consistent whining when he doesn’t catch a ball has already gotten old. Get something for him while you can. There is any number of teams who could use Sanders as a number three receiver so get on the phone Kevin Colbert.

Secondly, I would put a few lines out for guys like Brett Keisel and Ziggy Hood. Both guys are going to be free agents at the close of the season and while speculation is that Keisel will retire, why not see if you can get a seventh rounder for him?  There is always a need for defensive linemen in the NFL so why not? Obviously this is a long, long-shot at best but why not consider it?

In regards to Hood, he has failed to live up to his first round draft status and even occasional flashes of decent play isn’t enough to make anyone think he is the future at defensive end. He falls under the same file as Sanders does in terms of getting something for him while you can. Again, this is an extreme case of thinking outside the box but isn’t that what we are left with when we are 0-4?

Speaking of “thinking outside the box,” I’m going outside the box factory on this one. It has the same chances that you or I will be struck be Optimus Prime falling out of the sky but you’re reading this because you want to know how to re-build this team right?

Therefore I suggest if you’re Kevin Colbert that you put in a few calls to teams who are desperate for quarterback help and see if any are interested in Ben Roethlisberger.

No, I’m not nuts. Well, maybe a little but that’s beside the point. First of all, there are few teams who could handle his salary so let’s not even bother going forward. Ok, let’s do it for laughs and giggles… If I’m the Houston Texans and my QB has been less than standard through four games why wouldn’t I listen?

Think I’m crazy? Texans’ message boards have already been discussing this possibility as early as two weeks ago. The 2014 NFL Draft looks like it will be loaded with quarterback talent too so don’t delay Mr. Colbert.

What any or all of these moves would do is give the Steelers more draft picks. Considering their recent drafting history, that doesn’t create much confidence but the more picks you have the more chances you have of getting one or two right. The Steelers are lacking talent in a number of areas and they won’t all be addressed over the course of one draft and free agency period.

Again, only the Sanders move is one I can see happening but even that appears to be a one-in-a-million scenario anyway. The Steelers will ride with the group they have and that’s just what they do. Sometimes it works and sometimes it doesn’t.

It’s always interesting to think about things like this and even if none of them happen you could always go play Madden.

Steelers Free Agents: Who Stays and Who...

Sanders is the only guy that’s plausible at all to trade for. Even that seems unlikely. Why give up a pick for Sanders when a team could go out and sign a Steve Breaston, Brandon Lloyd, or Braylon Edwards? Is Sanders significantly better than them? WHEN Sanders walks after this season, we can probably get something like a 5th rounder for him as a compensation pick in the following draft, and I can’t see getting better than that in return.

As for Ziggy. I wouldn’t trade him unless we got an offer of a 4th rounder. I still see potential in Ziggy, and although he’s definitely not lived up to his first round billing, he’s not a terrible player, and he knows our scheme. Assuming he’s not going to be stupid, and try to demand some big contract I would definitely extend him after this season.

You can’t have a star at every position in this league. Even on very very good defenses we’ve had, you’ve had your Kimo Von Oelhoffen’s, your Clark Haggans, your Deshea Townsends… Guys that aren’t going to make a pro bowl, but they can get the job done.

I like your outside the box thinking, and I think that the time is getting close to get what you can get for some of the solid players we have that may not be in the picture next year. Really athough it looks bleak the teams in the central division aren’t running away with it tops is 2-2 so I think that this team is much better than it has played. So I don’t see dismantling right now, but assuming they did do it, I would be happy getting a third for Sanders. I wouldn’t trade Hood for a fourth rounder, I would actually resign him. He hasn’t been a star but he has been solid during his tenure and if you cut him who do you put in there next year? I think the thing we should consider is going 4-3 this year we have two first round picks at DE, I think he could shine much more in that scheme especially since the linebackers aren’t getting to the quarterback. I thought about trading Roethlisberger as far as would that be good or bad. I think about him like I think about Mike Tomlin, you don’t get rid of a person that you know can make a difference because of a bad streak. Ben has had to adjust a lot this year, the first two games he didn’t have a tight end or running game and Adams has looked like a skilled Bullfighter. If we stink it up this year, I have no problem drafting a QB in round one, but I think Ben has at least another good seven years left barring a major injury. He has been instrumental in winning two super bowls and keeping the team competitive. So trading him for me wouldn’t happen, he deserves to be a Steeler for life. I like the idea of trading Kiesel if we start 0-5, but I would also trade Polomalu, Ryan Clark and Ike Taylor for draft picks. Assuming teams who are going to make a playoff run will need help in the secondary, I think each could attract a mid round pick.

Thanks for the compliment! Our goal here at SCB has always been to think outside the box with regards to the Steelers. Other sites give you news or rosy outlooks but we believe in being critical when it’s needed and giving praise when called for. Basically, we call it like we see it and we love talking with real football fans who know what THEY are talking about too!

Steel Dad, I think you’ve been reading my posts. I’ve said in the past that since they are in rebuilding mode, they’re wasting money on a franchise QB. They cannot win even if Ben is there. Indianapolis is the model – let Ben succeed elsewhere. Use the money you save for draft picks. And I was urging Pittsburgh long ago to let NE have Sanders. Where we disagree is that (A) It’s already too late to get something for Hood, his reputation is out there, and (B) Keisel is our best lineman and too close to retirement to get anything worthwhile. My other comments have been that Steelers should transition to a 4-3 based on the roster talent they have.

I try to read all of the comments TDog! I was merely offering suggestions. I don’t want Ben to go anywhere but if the team is going to move to total rebuild mode then they should think about it.

Draft picks wont solve anything..Steelers need PROVEN vets..They should be the ones trying to trade some draft picks. Colbert has lost his credibility.

They’re going to have to rely on the draft at least one more year because they are so tight to the cap for ’14.

No way i would ever trade Taylor

The Steelers will be tighter against the cap next year. Signing free agents will not be easy.