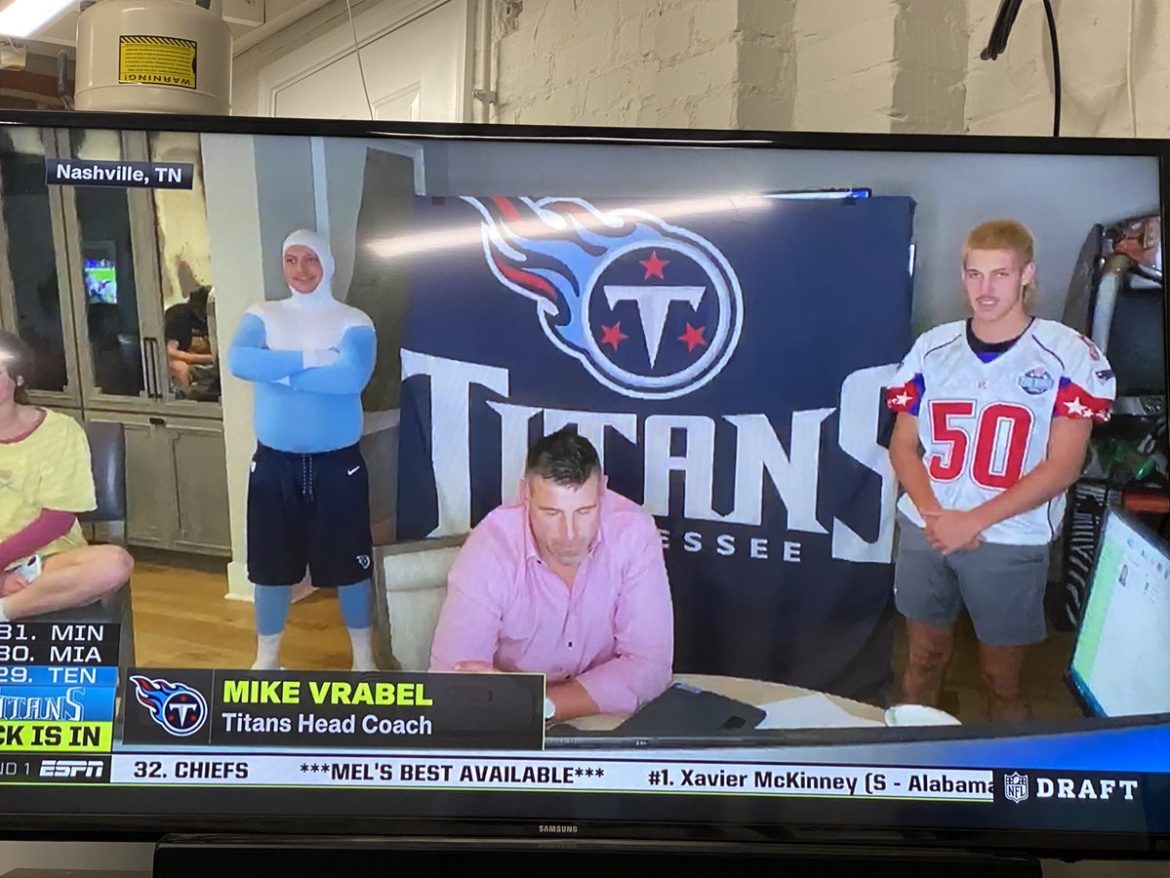 It’s been a while since we’ve done a Tweetcap, but with the current stay at home orders and all of sports being cancelled, the NFL Draft had our undivided attention. Even though the Steelers didn’t have a first round pick, there was certainly plenty of comedy from Steelers Nation (and others) on Twitter to keep us entertained.

next up, john elway is going to read the entire declaration of independence and the names of all the people who signed it

Going from LSU to Cincy makes Joe Burrow the new Tiger King. When they inevitably go missing from the playoffs, blame Carol Baskin.

This looks like a wake for the Redskins’ nickname. pic.twitter.com/iKAVv5mKIX

Not sure what's more on brand for Gettleman: making a first-round pick that raises eyebrows or wearing a mask in a room by himself.

Dave’s comics are great. He posted this back in September.

The Dolphins are not tanking you guys why would you even think thathttps://t.co/7o5ToREgkX pic.twitter.com/nOqB6xVk6T

This mock draft is boring

Do you know how long my mom woulda had us cleaning the house if there were going to be national TV cameras in our living room for the NFL Draft?

Chargers just posted in the chat room that they were locked out and it auto-picked ????? #NFLDraft

Chargers couldn't beat a Duck at quarterback so they had to draft one. pic.twitter.com/yAYlQg7qxN

y’all acting like the panthers really did draft a punter instead of isaiah simmons ????

The Panthers passed on Isaiah Simmons because they had already recorded Derrick Brown content with James Taylor? https://t.co/Am2UOkvZ7u

browns just drafted one of the guys from cypress hill

It's taking a long time to convey a small amount of information. Or, just like every remote meeting I've had for the last month

2 teams each from the AFC East, NFC East and AFC North pic.twitter.com/06sQqxrkkU

Drafting from 20,000 leagues under the sea… pic.twitter.com/cicGhsbLCh

The #Steelers traded pick No. 18 to acquire @minkfitz_21 in September.

Team President Art Rooney II told me this week: When our pick comes up, I'm going to tune into some Minkah Fitzpatrick highlights for a little bit to remind us, it turned out good. #SteelersDraft

Goodell is morphing into Joe Biden as a public speaker

there's your first "draft guys are way off this year" pick https://t.co/RAMcAa2wY1

The Raiders and bizarre first round draft picks. Tale as old as time. #NFLDraft2020

Jon Gruden's draft whiteboard has 100 players listed as "This guy"

When you don’t have a pick, drinking your way through the draft is so much fun lmao ?

Jalen Reagor falling to the Steelers would’ve been a dream for Pittsburgh, but it ain’t happening. Not even close.

Belichick trading down specifically to not be seen on home cam is classic.

Answer: The Steelers have the longest active drought. The last time they selected in the top 5 was when they picked 1st overall in 1970 and took Terry Bradshaw.

We can get to know players without knowing the absolute saddest story about them in vivid detail ESPN. I promise.

49ers take a WR with an 81” wingspan and, hey, speaking of incredible reaches the Seahawks are almost on the clock

If you think Roethlisberger’s reaction to drafting Rudolph was bad I wonder what Rodgers’ is rn.

Seahawks STAYING IN PLACE to make THE MOST SEAHAWKY PICK EVER

you love to see it

Jordyn Brooks, ranked 84th on the consensus board, 7th-ranked linebacker. Of course the Seahawks took him in the first round.

Ratbirds are gonna take Patrick Queen and make life difficult for Pittsburgh for the next ten years.

Does Mike Vrabel have a Power Ranger in his living room?

Pretty sure there’s a dude taking a dump on the left side of the screen here. https://t.co/FS30G6YLSH

Dolphins take a pass on RB and go corner instead. Take Noah Igbinoghene from Auburn. The RB market setting up well for the Steelers #Steelers #dkps