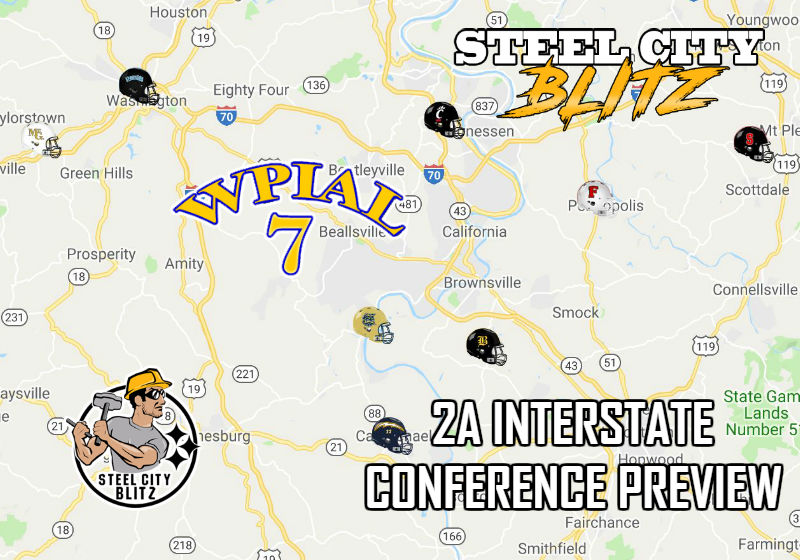 The Interstate Conference was loaded with offense last season as 5 of the 8 teams averaged over 30 points per game. This year, Washington returns most of their key players from the team that went to the WPIAL quarterfinals last year. The Prexies are one of the favorites to reach the 2A Championship at Robert Morris and vie for their second title in three seasons. The biggest storyline in the Interstate may wind up being in the middle of the pack, as Southmoreland looks to break their 40-year playoff drought. The Scotties last reached the postseason in 1979 but return a number of starters from last year’s team.

The playoff format in 2A is the same as last year. The playoffs will consist of 16 teams with the Championship Game played on Saturday, November 23 at Joe Walton Stadium at Robert Morris University. The top 4 teams from each of the four conferences will make the playoffs. The top two teams from each conference will receive home playoff games in the first round. Both semifinal games will be played at neutral sites. Be sure to check out our new WPIAL Football ELO Rankings and the rest of our WPIAL Season Previews. Teams are listed in their predicted order of finish. I’ll save you the suspense from the outset – yes, I have Southmoreland in the top four. 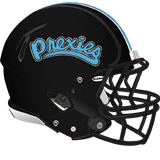 After winning the 2017 WPIAL title, Washington saw an immediate setback when they fell to Charleroi in Week 1 in 2018. The Prexies bounced back, pitching shutouts in 4 of their next 5 games and winning 9 in a row to carry them to the quarterfinals. There, in a rematch of the 2017 title game, they fell to Steel Valley 39-7. Washington had the highest-scoring offense in 2A (49 points per game) but was feast or famine on defense – pitching 4 shutouts but allowing 25+ points to 7 of their 8 other opponents. The Prexies should be considered among the favorites in 2A this season with senior QB Zack Swartz returning. Swartz threw for 2285 yards and 28 TDs last year and added 725 yards and 11 TDs on the ground. Leading receiver Zahmere Robinson (1120 yards, 15 TDs) and leading rusher Dylan Asbury (814 yards, 16 TDs) both return for their senior seasons. Two-way lineman Chase Mitchell has attracted some FCS attention. The Prexies are one of the favorites in the entire classification and should be in the running to claim their second 2A title in three seasons. 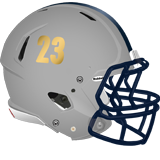 The Highlanders ran out to a 7-0 start last year and were set to challenge for the conference title, but dropped games to Charleroi and Washington at the end of the season. From there, they drew South Side Beaver in the first round and fell in a battle of running games 36-27. Dual-threat QB Marshall Whipkey returns for his senior year after throwing for 982 yards and 15 TDs and running for 662 yards and 7 TDs. Younger brother McKinley Whipkey ran for 602 yards and 4 TDs and the two should become the primary tandem in the backfield this season. On the outside, the top returning receiver is CJ Cole (318 yards, 4 TDs). McGuffey averaged just 9 pass attempts per game last year, so expect to see a lot of the Whipkey brothers running the ball for the Highlanders this year. 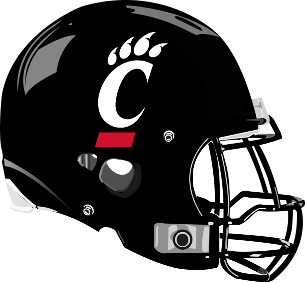 The Cougars came out strong last season and enacted revenge on defending WPIAL Champions Washington in Week 1. Their only blemish in the regular season was a 1-point loss to Beth-Center. In the playoffs, their high-powered offense (46 points per game) blew past Riverside and Mohawk, reaching the semifinals for the first time since 1981. The Cougars were unable to slow down South Side Beaver’s rushing attack in the semis, losing 26-21. Leading rusher Brayden Milhalcin (1062 yards, 15 TDs) returns for his senior season. The Cougars will need to find a new quarterback this season, and could turn to senior Alex Conrad. The top returning receiver is Legend Davis (673 yards, 9 TDs). Charleroi lost 10 seniors to graduation but still has enough talent to compete for a playoff spot. 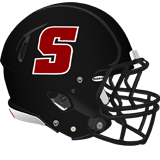 The Scotties have not made the WPIAL playoffs since 1979, the longest current streak in the District. They got off to a 3-2 start last year but stumbled to a 1-4 finish. Southmoreland did finish with the 6th best offense in 2A, averaging 33 points per game. Junior QB Zach Cernuto returns after throwing for 1909 yards and 19 TDs. He gets his leading receivers back in Riley Comforti (714 yards, 6 TDs) and TE Brandon Peterson (388 yards, 3 TDs). Colt Harper (300 yards, 8 TDs) was the second option in the running game and should take over the lead back role this year. If Southmoreland can tighten up a defense that allowed 33 points per game last year, they can be right in the mix for their first playoff appearance in 40 years. 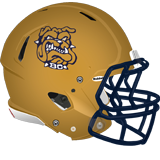 After a 4-0 start, the Bulldogs went 3-3 down the stretch, beating Frazier handily in a Week 9 Casket Match to secure their 16th straight playoff appearance. Despite that sizeable run, Beth-Center has not won a playoff game since 2010 after falling to Steel Valley in the first round last year. Now they will have to replace 14 seniors, including dual-threat QB Bailey Lincoski who joined the elite 1000/1000 club last year. Sophomore Colby Kuhns figures to step in at quarterback after seeing some time as a backup last year and proving himself capable of playing the dual-threat role. Kuhns threw for 225 yards and 3 TDs and ran for 378 yards in limited work. Leading receiver Devyn Dingle (704 yards, 8 TDs) returns for his senior year. 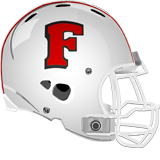 The Commodores nearly salvaged their season with back-to-back wins in Weeks 7 and 8 that put them in position to make the playoffs with a Week 9 win over Beth-Center. They came up short in the Casket Match and will need to replace 11 seniors that graduated. Rising senior Bobby Boggs saw time at quarterback early last season and should take over that role full-time this year. Leading receiver Kenny Fine (550 yards, 4 TDs) is only a junior. The top returning rusher is Shane McGavitt (231 yards, 3 TDs) who averaged 5.5 yards per carry, one of the best on the team. Frazier averaged just 16 points per game last year in a conference where 5 teams averaged over 32 per game. The Commodores will need to be better at putting the ball in the end zone if they want to compete for the playoffs this year. 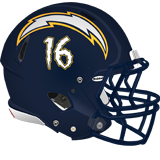 The Mighty Mikes moved up to 2A last year and the jump in classification was apparent. They lost their first 6 games, not scoring more than a touchdown in any of them. Carmichaels did win 2 of their last 3, but still averaged just 8 points per game – the third lowest mark in 2A. On the other side of the ball, they had the third-worst defense in 2A that allowed over 40 points per game. Senior Kevin Kelly ran for more yards (192) than he threw for last year (174) and led the team with 4 TDs. Leading rusher Bailey Jones (438 yards, 2 TDs) will be a junior. The Mighty Mikes have a large roster and a number of underclassmen saw significant time last year, but they have a long way to go to be competitive in this conference. 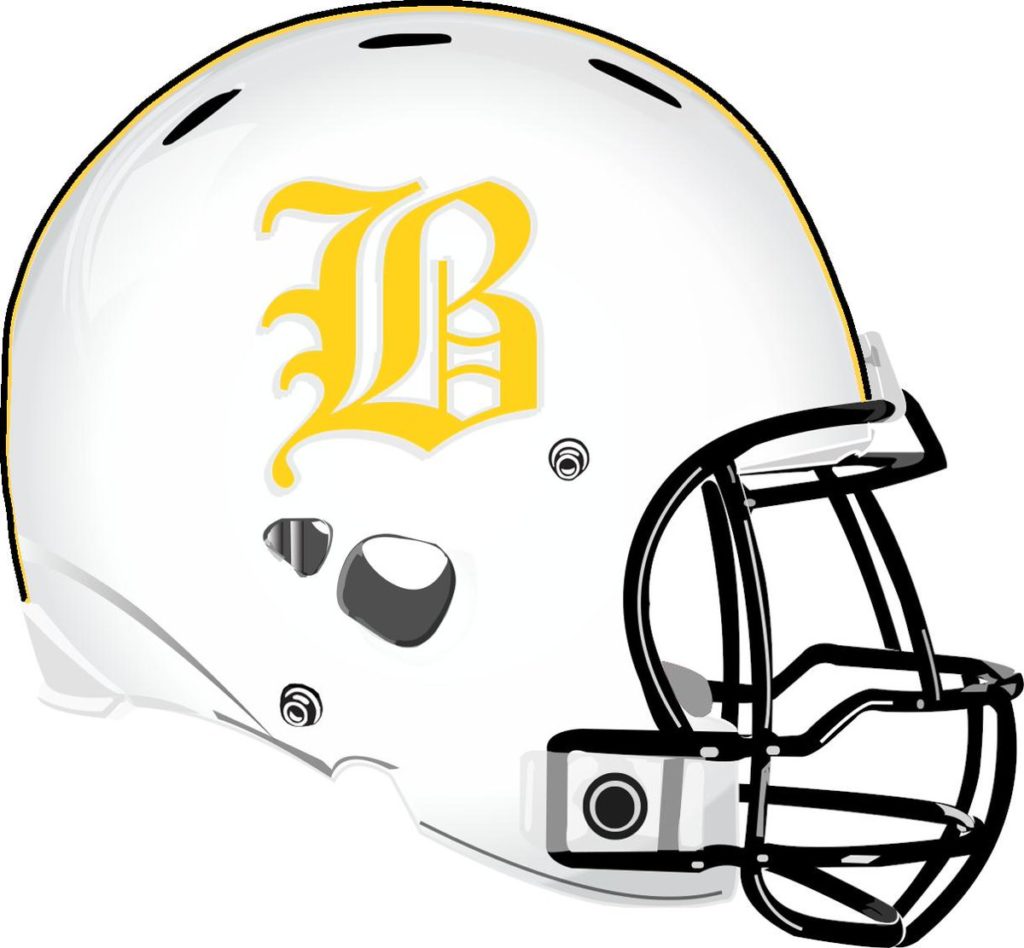 The Falcons went winless last season and had the worst offense (4 points per game) and second-worst defense (43 points allowed per game) in 2A. Brownsville got shut out in 6 of their last 7 games and they allowed over 50 points in half of their outings. Hunter Assad started at quarterback as a freshman and threw for 345 yards and 3 TDs. Brownsville had just 21 players on their roster last year but only 5 graduated, so a number of players with experience should return this year. Brownsville has not made the playoffs since 2000 and continues to live precariously with such a small roster.