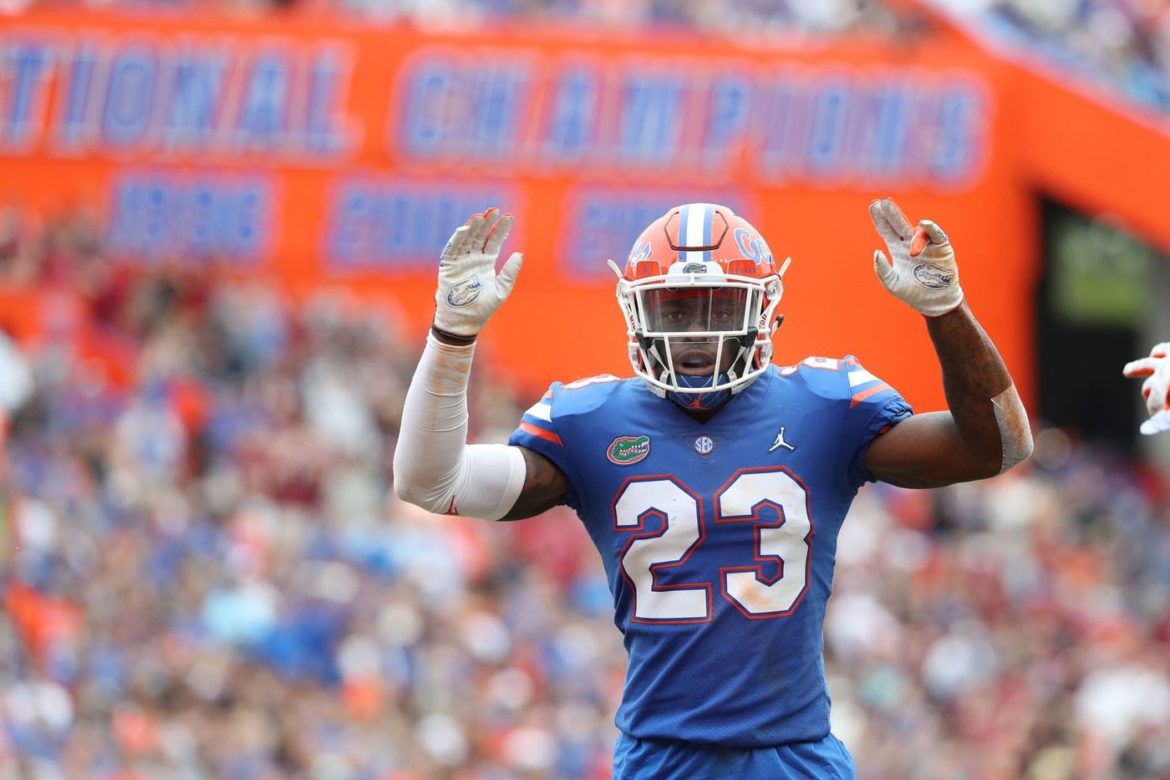 The likelihood of the Pittsburgh Steelers selecting a safety in the forthcoming 2019 NFL Draft is relatively high, what with the Edmunds/Davis partnership not quite where it should be in terms of production. With that in mind, let’s take a look at Chauncey Gardner-Johnson out of Florida University.

One of my favorite aspects of CGJ’s ability is his versatility. Having garnered loads of snaps as a safety AND nickel-back, he provides more than one option for his potential suitor.

Aside from his versatility, CGJ is a pro-ready athlete who is athletically gifted. These attributes helped him immensely at the Combine and should stand to boost his status in the Draft. CGJ possesses great play speed and agility, coupled with quick feet at the snap. Attention to detail on his responsibilities are outstanding. Evidently, he is a constant ball-hawk, having registered 9 interceptions through 3 seasons. Thus, he can be a game-changer, an argument supported by his 3 pick sixes throughout his collegiate career.

Tackling ability has improved year on year, though could stand to be enhanced even further. In terms of run support, he gets downfield in quick fashion, often evading several blockers diving at his legs before wrapping up his man. In addition, he possesses experience blitzing off the edge, to limited success; he excels when blitzing undetected, but struggles against bigger offensive lineman when lined up at the LOS.

I absolutely love his motor, which, if you didn’t know, is non-stop. Just take a look at the following play, within which he gets pancaked by the OT, yet gets up and chases the play down:

Love the hustle by CGJ after getting pancaked. A lot of prospects would’ve just lay down and move forward to the next play. pic.twitter.com/Sq3p5laqEc

Here we can witness CGJ’s immense ball-hawking ability. His attention to detail is unreal, in honesty, as he manipulates the quarterback into coughing up an interception:

Exquisite play by CGJ here. He is a straight up game-changer. pic.twitter.com/39wCrxkrvv

As aforementioned, his tackling ability would benefit greatly from further improvement, something he is already working towards. Outside of those concerns, there may be some minor ones regarding his route recognition and understanding of certain play-calls, as he gave up a couple blown coverages last season. Whilst he boasts an elite frame, I do believe he could do with adding a couple pounds. I say this simply because it could improve his effectiveness when blitzing, and would help conclude on tackles which he missed due to a lack of strength at times. This, of course, will be determined by how his team decides to operate him in their defensive setup. MINOR worry surrounding his hip stiffness, which is evident on some routes. That said, his athleticism and speed more than makes up for that weakness.

Gardner-Johnson is an incredibly athletically gifted prospect, who’s versatility, work ethic and production will elevate him to be a starter in his rookie season in the league. Furthermore, the fact that he can perform at a high level out of the slot, or as a safety, is phenomenal and would be of great use to any team, especially the Pittsburgh Steelers.

In summary, I believe the previously alluded to skills and attributes are deserved of at least a second round selection, however, I can see him slipping into the late second, or even early third, due to the vast array of talent in the 2019 NFL Draft. If the Steelers see CGJ as a slot cornerback, he may be in line to take over for Mike Hilton, who is looking for an extensive contract.