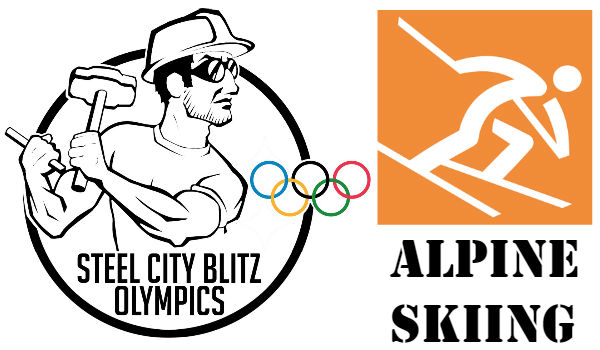 Today’s preview covers Alpine Skiing, more commonly referred to as “downhill” skiing. For purposes of the Olympics, the “Downhill” distinction is for a specific event and the “Alpine” category also includes four other events.

Alpine skiing has been a Winter Olympics event since 1936. There are 11 alpine skiing events at the 2018 Winter Games. Men and women both compete in Downhill, Slalom, Giant Slalom, Super-G, and a Combined event. New for this season is a mixed team event that features teams of two men and two women.

The Downhill skiing event is one of the highlights of the Winter Games. The Downhill course is the longest and the fastest, featuring rapid drops in altitude that will challenge the racers as they maneuver through the course. There are three different “Slalom” races of varying length which do not feature the speed of downhill runs but require precise turning to maneuver through the gates. The Slalom is the shortest course and requires the sharpest turns while the Giant Slalom and Super-G (or Super Giant Slalom) are closer to the length and speed of downhill while still requiring the precise turns of the Slalom. In Downhill and Super-G, competitors only get one run through the course and the fastest time takes home gold. In Slalom and Giant Slalom two different courses are devised for skiers to navigate and the times are added together. The “Combined” event features one run through a downhill course and one run through a slalom course with the two times added together. For the team event, members of each team race head-to-head in identical side-by-side courses similar to a shortened Giant Slalom. The team that wins more races advances in the tournament. If teams are tied 2-2, the shortest cumulative time across all four racers wins the match. This year, 83 different nations are scheduled to have athletes participate in ski events with the Austria, Norway, and Switzerland fielding the most with 22 each.

Austria has won the most alpine skiing medals all-time (114 total, 34 golds), nearly twice as many as the next-closest nation (Switzerland, who has 59 medals and 20 golds). Austrians took home 9 medals from Sochi 2014 and have won the most skiing medals in 4 of the last 5 olympics. Austria is also the top-ranked team in the world at the team event, though France won the 2017 World Championship. Austria’s Marcel Hirscher took silver in the Slalom in Sochi and currently leads the overall world rankings. He should be pushed by Norway’s Kjetil Jansrud who won bronze in Downhill and gold in Super-G and is currently ranked in the Top 5 in the world.

The United States has seen a resurgence on the slopes lately, winning the most medals in Vancouver 2010 (8 medals) and coming in second behind Austria in Sochi 2014 (5 medals). The US Women are expected to fare well in PyeongChang, led by Mikaela Shiffrin who is currently the top-ranked woman overall in the world and also leads the downhill, giant slalom and slalom standings. Shiffrin burst onto the scene at the 2014 games where she won gold in the Slalom at just 18 years old. Lindsay Vonn won a gold (Downhill) and bronze (Super-G) at the 2010 Olympics but missed the 2014 Games due to injury. She is on pace to make a return this year and recently won a Super-G World cup event in France. Two-time gold medalist Ted Leighty is the top-ranked American man but only has 2 Top 10 finishes in 2017.