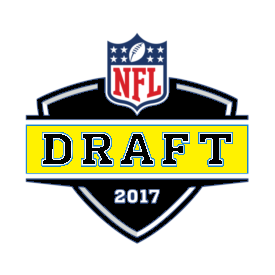 The 2016/2017 season has come to a screeching halt for the Pittsburgh Steelers, who reached the AFC Championship but failed to surpass the New England Patriots. Since the season is over, the next main event is the NFL Draft. Focusing on the draft, one must evaluate the positions of need for the Steelers. I have listed my top five needs below, but beware; this is before free agency, which may change things before Kevin Colbert is tasked to take on the NFL Draft. I listed my favorite prospects at each position, this isn’t for any specific round and I tried to stay realistic.  If you agree or disagree with me, or have anything to say, please comment below. You may also @ me on Twitter: @Cnic__ !

It is extremely evident that the Steelers are parched for edge rushers right now. Some fans including myself, would like the Steelers to spend two draft picks on edge rushers. From the outside linebacker position, the Steelers only registered a total of 16.5 sacks. With James Harrison (5) and Jarvis Jones (1) on the brink of not being with the team for the 2017 season, edge rushers are my #1 need for the Steelers. Luckily, the 2017 edge class is very deep and talented.

The starting defensive line of Cameron Heyward, Javon Hargrave and Stephon Tuitt is young and outstanding. Aside from the starters, the depth does not excite me. When Heyward went down, the defense took a huge hit and it was apparent from that game until the season ended. L.T. Walton improved as he played, but he still needs more time to develop and I don’t see him as a high ceiling player. Ricardo Mathews played well when he played, but he was plagued by the injury bug. Daniel McCullers showed flashes, but very rarely did he do that. The Steelers could use another player like Hargrave, who can play both the NT and DE position for the Steelers.

Many won’t agree with me, but I am a huge believer in drafting another cornerback. Artie Burns showed that he is progressing and developing into a solid cornerback. The Steelers need someone to pair with Burns. Ross Cockrell is not the answer here. The lack of physicality and effort in the run game is a huge knock on Cockrell. Other than that, he is very soft in coverage and has digressed. He surely needs replaced as he is a #4 cornerback. William Gay has a decent season but I bet if you asked him, his play declined in the slot. I’m not sure how the Steelers feel about Senquez Golson as I have no idea what kind of leash they have on him. Reports were that he was playing well at the slot cornerback position before his injury. Golson has landed on IR before the preseason in both of his seasons thus far. Do Tomlin and Colbert trust Golson’s availability going forward? If they do not, they should look to free agency or the NFL Draft for supplementation.

This one is tough because Ladarius Green has loads of potential and talent. Green just received a multi-year contract in the 2016 off season and only recorded 18 receptions of 34 targets for 304 yards and 1 touchdown. This is great for a tight end that played as little as he did. He never logged over 20 snaps in any of his six games he played in. Green’s status for the future is very uncertain because of his concussion issues. He may retire. He may not be with the Steelers in 2017. He may be back, but if he is, can you trust his availability? I can’t. Jesse James has always been touted as a #2 tight end, and as a #2, he is very good. I think this team needs a joker tight end, who can both be a threat downfield and a capable inline blocker. Neither Green nor James is that. This is a loaded tight end class, so watch out.

My favorite inside linebacker: Zach Cunningham

It was between ILB and WR for me here. I have more faith in Martavis Bryant than most, so I went ILB. Ryan Shazier is great and I have no issues with him as long as he stays healthy. The issue here is Lawrence Timmons. Arguably the best defensive player after Heyward went down, why would I have an issue? He has become a one-dimensional, two-down linebacker. He is great at diagnosing the run and being a reliable tackler. He even whipped up 2.5 sacks and 2 interceptions. The Steelers have Vince Williams, but he possesses the same issues as Timmons, being a two down linebacker and a liability against the pass. The Steelers need to seriously think about drafting an inside linebacker who can play all three downs effectively. 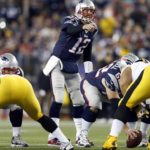 I love Takk too, but he’s going to absolutely blow up the combine. I won’t be surprised if he ends up going top 10 when it’s all said and done.

Right now I want an Edge in the 1st, and Jourdan Lewis in the 2nd.

My personal preferences at Edge Rushers are Carl Lawson(Violent Hand Usage) and Charles Harris in the 1st round and there are only 2 other guys I would seriously consider for later in the draft Devonte Fields and Daeshon Hall outside of those 4 there really isn’t anybody else I would consider at that position. I am fine with TE as is and see no need to make a unnecessary draft pick. Steelbydesign is right in that Edge Rusher should be the Steelers 1st round pick. In fact for the last 10 weeks and that includes today I have been using walkthemock.com and have done many mock drafts using that website and I would like to share my latest mock draft: