This Sunday Should Not Be a Referendum on Rudolph 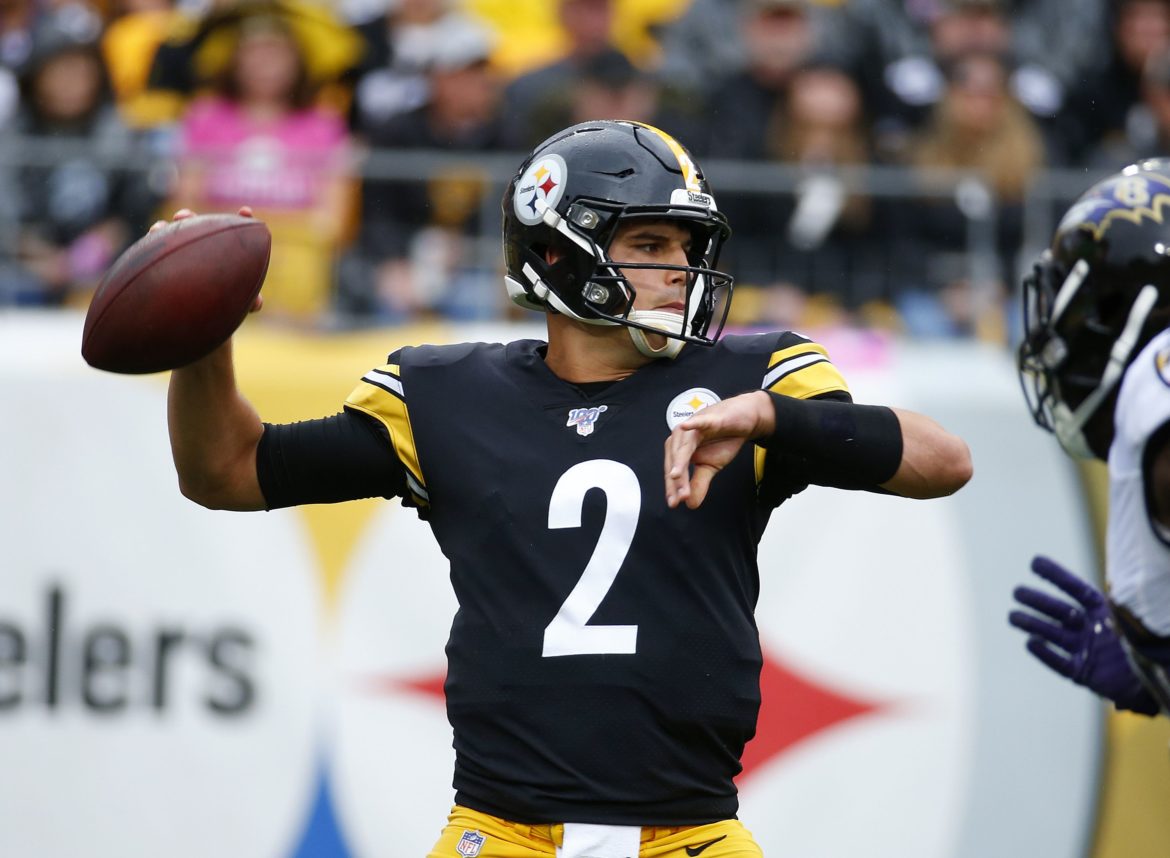 If everything worked in perfect harmony in the universe then following his four interception game, Duck Hodges would be replaced at halftime of this Sunday’s game by Mason Rudolph. This is the exact same turn of events that happened but in the complete opposite several weeks ago with the two quarterbacks. If that doesn’t occur then it means one of two things. Either Duck played well or Mike Tomlin felt Rudy wasn’t ready to go. Despite the millions of voices in Steeler Nation yelling to the contrary, this should not be a referendum on Rudolph’s future. At least not yet any way.

One School of Thought

If I’ve been told once I’ve been told a thousand times that the Steelers “had a plan for Rudolph.” It was going to be similar to what the Green Bay Packers did with Aaron Rodgers as he sat behind Brett Favre for three seasons. Rudolph would work hard and study hard and perhaps get a little game action in clean-up time but otherwise, his job would be to learn from Ben Roethlisberger and then when Big Ben retired it would be Rudy’s job for the taking.

The flaw in this particular school of thought is that if this were indeed 100% true, then why would you even bother making Rudolph your primary backup? The Steelers have never cared about aesthetics so why would they all of the sudden care if Rudolph, a former third pick with an alleged higher than that grade, sat at number three? They could have easily kept Josh Dobbs or they could have brought in a veteran backup to take on that role.

But when Roethlisberger went down for the season the front office and coaching staff saw their master plan go up in smoke. They would now be forced to play Rudolph much ahead of their so-called schedule.

Supporters of Rudolph as the long-term answer will argue many things. First of all, he was not given the weapons that Roethlisberger has enjoyed in recent years. Both Le’Veon Bell and Antonio Brown were gone, JuJu Smith-Schuster was ailing as were James Conner and Vance McDonald. When Donte Moncrief didn’t pan out that left Rudolph with a slew of young receivers who themselves weren’t all that ready to be playing to the extent they were needed.

To be quite honest, it’s an argument that has a lot of merit. Go back and look at any young QB forced into action before they should have been. Their success or failure almost always rode on the backs of those around them. So yes, there is plenty of truth to the fact that Rudolph was playing with a picnic basket missing all of the sandwiches.

The Other Side of the Coin

Where ever there are supporters, there also detractors and Rudolph has them in droves. They look at the numbers and they look at the negative plays and they see a guy who just doesn’t “have it.” And in many cases they are right. While Rudolph can be blamed for poor decision-making he can also be blamed for just flat out poor football. He has struggled, literally since I started watching tape of him in college, with leading receivers. He often throws to a player rather than throwing to where the player will be. In the NFL, that leads to pass breakups and interceptions.

Rudolph is also not as good mechanically as he needs to be either. I’ve heard the term “heavy legged” used at times from analysts and it really is spot on. He sees where he has to go with the ball but the lower part of his body just doesn’t get there. The same often happens when he scrambles. He initially makes a positive move but then his next appears to lead directly into trouble.

What the Final Two Games Will Reveal

In the opening, I explained how the two scenarios could collide this weekend. Should they look eerily similar and not work out the same then get ready for a firestorm on social media. Declarations of “he’s a bust!” and “he’s not good enough!” will be written and stated far and wide in the Steeler Nation should Duck struggle and not be replaced. I think it will be a bit too soon for those types of concrete statements because the truth is, 99% really don’t know what is going on behind the scenes.

Some say Rudy still isn’t right from his first concussion against Baltimore while others believe he’s still feeling the effects of the helmet hit by Myles Garrett. Keep in mind that the latter occurred after he had thrown four interceptions in that game. The long-winded point I’m trying to make is this; whatever happens Sunday or the following Sunday should not be taken as gospel on the playing status of Mason Rudolph. It won’t look good I grant you that, but his referendum is still yet to come.

I still like Mason Rudolph, he needs time to settle in & develop into a super NFL Q back. I have faith in him just like I had for Terry Bradshaw. No doubt the Steelers need a good running/passing Q back, if Mason can develop into this caliber Q back then time will tell! And maybe Mason & the Duck can learn from each other!

Did we just find out that they tried to get Landry Jones back but XFL wouldn’t release him.