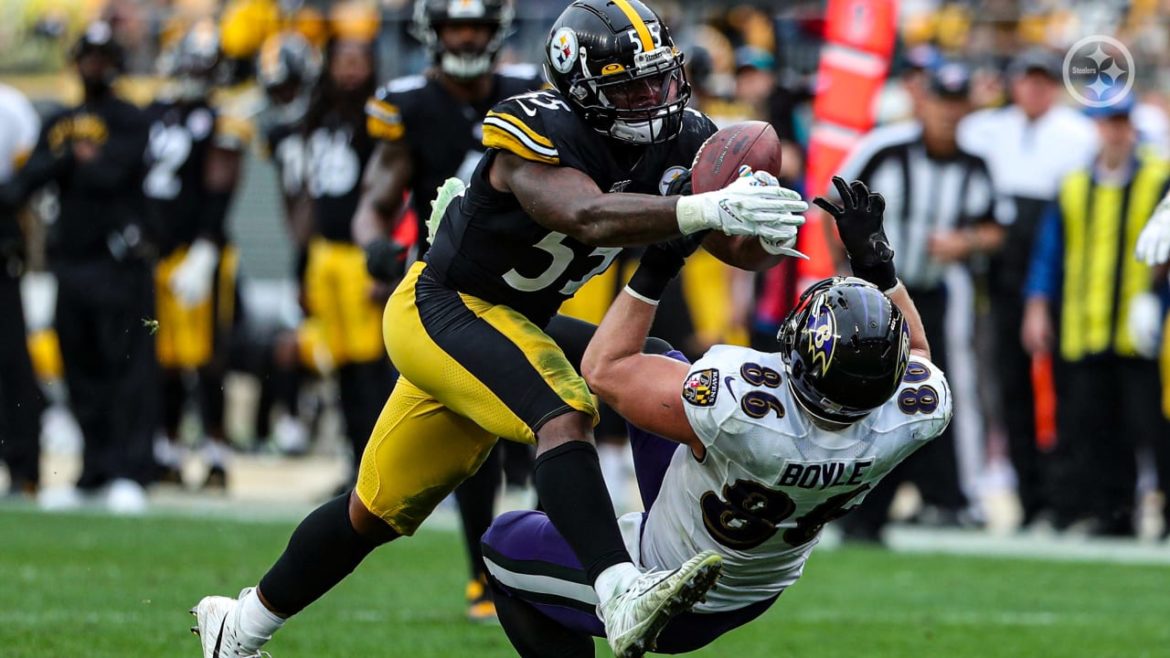 When Ryan Shazier went down with a horrific injury, the Pittsburgh Steelers’ defense was left with a gaping hole in the middle. A hole that plagued the defense until draft night 2019. There were two Devin’s on the board. Both were playmakers that were expected to go in the top 10. I, like many Steelers fans, hoped we could possibly move up, but didn’t quite know if it was going to be a reality… Until it was. We traded up to get the fast, instinctual, LB Devin Bush out of Michigan.

Bush gave us hope immediately that we would have that playmaker back. He answered the call. Throughout the season Bush’ snap counts varied. This seemed to be a trend based on game plan. He played in 100% of the defensive snaps in two 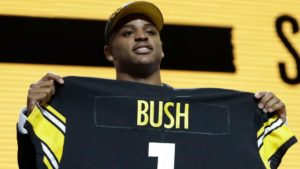 games, @ San Francisco & the following week vs. Cincinnati. Steeler Nation would love to know why Barron had more snaps then Bush through a stage of the season, but that’s a different article.

Our proud Steelers franchise has always been known for defense and an attacking style. Then came the early 2000’s. Specifically 2002. It was at that time that the common game plan was to attack the Steelers defense by spreading them out in 4 and 5 wide sets, making those great LB’s cover. Granted, I’m fully aware of the secondary concerns back then, but it was a common theme to give up 400 yard games. That formula against us still has some merit. Specifically when it comes to motion. Teams love to line up with a tight split at WR, this gives room to the outside. They’ll line up in that set, then motion the RB or even FB out wider then the WR. What this does to a defense is declare what we’re doing. If the CB bumps out to the widest receiving threat, which is now the RB or FB, that gives the offense an incredible advantage with their WR against our LB. This is a strategy that has literally killed our defense through the years. We all remember the, then San Diego, Chargers carving us up with their top WR’s on our LB’s in 2018. The Patriots crush us with that routinely & continued to do that in week 1 of this season. How does this relate to Devin Bush? He changed it. Seemingly on his own, one day in Cincinnati.

The Bengals are the Bengals. Had it not been for blown opportunities by our QB mess this season, we would’ve beat them by 50. But, in typical ‘19 Steelers fashion, it was a close game. Edmunds got torched repeatedly to give Tyler Boyd a Hall of Fame case, but I digress. It was late in the 4th quarter with the Steelers clinging to a lead when it happened. The Bengals lined up in a tight set with Auden Tate tight to the line. They motioned out their RB to the wide #1 position. Joe Haden shuffled out to the RB because that’s what the coverage dictated he was supposed to do, giving Devin Bush the 1 on 1 with Tate.

As you can see in the clip, Bush made a communication check to Haden to switch the matchup. They made the switch pre-snap and immediately the Bengals snapped the ball and went to Tate on a slot fade route that would’ve been most advantageous had Bush stayed on the speedy Tate. In that instant, Bush showed his immense maturity right before our eyes.

Devin grew by leaps and bounds this past season and will hopefully continue to grow leading our defense into the future.

The One Play That Showed Why Devin Bush Was So Needed was last modified: February 7th, 2020 by Bobby Curran
Devin BushPittsburgh SteelersRyan Shazier

The resurgence of the defense has to do with plugging in many parts that were missing. Everyone sort of forgets our defense wasn’t very good when we did have Shazier . I think Shazier was a top 20-30 level defensive player, Bush has the potential to be top 10. The defense that the Steelers are fielding right now looks nothing like what we had on the field 3 years ago. Some of the names are the same but as a unit they are far superior. If they would just stop trying to cover WR’s with LBers they would be much better.