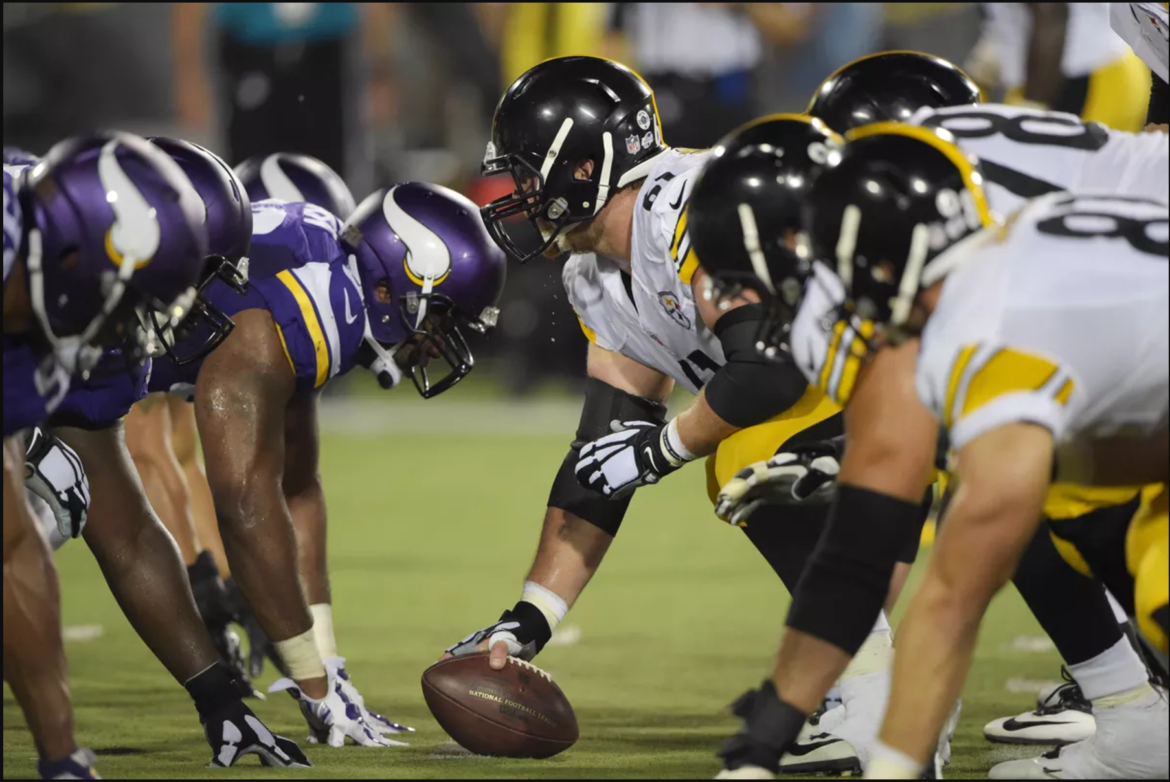 The Steelers got a win under their belts in the season opener against Cleveland. It wasn’t pretty, but style points don’t count in the NFL. A win is a win. If you read my Behind the Numbers post last week, a lot of the game trends would have looked very familiar. The Steelers won the game but did not cover the spread, despite being favored by more than a touchdown on the road. Additionally, the defense racked up 7 sacks after nearly a third of their sacks last season came against Cleveland. Minnesota had a dominant performance on Monday Night Football against the Saints. The Vikings now come to Pittsburgh on a short week to take on the Steelers in the first game at Heinz Field this season. Here are six key stats to know heading into the home opener.

The Steelers are 8-9 all-time against Minnesota. The Vikings won the last meeting, in London, by a 34-27 margin. You may remember that game as the one where Jared Allen demolished Mike Adams, prompting the Steelers to put Kelvin Beachum at left tackle for the rest of the 2013 season. Prior to that, the Steelers had won 3 in a row dating back to 2001. The Vikings are one of 11 NFL teams that have never won a game at Heinz Field.

The Steelers are 14-2 in home openers since Heinz Field opened in 2001. Their only 2 losses were to the Raiders in 2002 and to the Titans in 2013. That was a good Raiders team who had just finished the 2001 season by being Tuck Rule’d in New England and would go on to play in the Super Bowl. The Titans loss in 2013 was the game where Maurkice Pouncey was injured on the first drive and was part of an 0-4 start. Mike Tomlin is 9-1 in home openers as Steelers head coach.

The Steelers are listed as 7-point favorites heading into this game. In the last decade under Mike Tomlin, the Steelers have been favored by at least a touchdown at home 28 times. The Steelers have gone 25-3 in those games overall and have covered the spread 18 times. The only losses during Tomlin’s tenure were to the Raiders in 2009, the Chargers in 2012, and the Bucs in 2014. You will recognize two of those games as “The Louis Murphy Games.” Thankfully, Murphy is not employed by the Minnesota Vikings. The Steelers have covered the spread in their last 3 home games when favored by at least 7 points.

Sam Bradford’s game has always been defined by his accuracy. He does not have a big arm, but is capable of making throws down the field. His precision was on display on Monday night when he completed 84% of his passes en route to a Vikings victory over New Orleans. Last season, Bradford led the league with a 71.6% completion percentage. Bradford’s high completion percentage last year was a function of throwing shorter passes rather than testing defenses down the field. His yards per attempt by down went from 8.1 on first downs to 6.8 on second and 5.8 on third downs. His third down splits look even worse, averaging 5 yards per attempt on 3rd and 4-6, 7.3 y/a on 3rd and 7-9, and a paltry 5.9 y/a on 3rd and 10+. Bradford is willing to check the ball down, which means the Steelers defense will need to tackle the catch much better than they did against Cleveland. All that said, Ben Roethlisberger is an accurate quarterback in the friendly confines of Heinz Field. Last season, Ben completed 70.8% of his passes at home.

While Bradford has been known for being captain checkdown throughout his career, Ben is known for being willing to push the ball down the field. Unfortunately that was not part of the gameplan against the Browns. In Week 1, only 5 of Ben’s 37 passes went at least 15 yards beyond the line of scrimmage. Much to the chagrin of many Steelers fans, the Steelers only attempted one deep pass in the first half of the game and it didn’t come until the final drive of the first half. Ben’s first attempt that was beyond 15 yards of the line of scrimmage came on the Steelers 5th drive on their 23rd offensive play of the game. The Steelers did attempt one deep pass on 4 of their 5 second half drives with one resulting in a pass interference penalty and one in an interception. By contrast, 9 of Bradford’s 32 attempts last week were “deep” passes. The Vikings had a plan to attack the deep right portion of the field as 7 of Bradford’s 9 deep attempts came in that area.

The Vikings started the 2016 season 5-0 then stumbled to a 3-8 finish after their bye week. The biggest difference was turnovers. During their unbeaten start, they only turned the ball over once while producing 12 takeaways. After their bye, they committed 15 turnovers in 11 games. They had 15 takeaways in that time but 9 of those came in just 2 games. Last year the Steelers were 10-3 when they won or tied the turnover battle. In the first game of 2017, the Steelers and Vikings both tied their respective turnover battles. The Steelers and Browns each had an interception while there were no turnovers in the Vikings-Saints game.

Steelers-Vikings Behind The Numbers was last modified: September 15th, 2017 by Ian
2017 steelersVikings

I think the defense played well last week even with some poor tackling and a couple of blown coverages. The offense just seemed out of synch and shows me that it should get significant playing time in the last 2 preseason games. Let prospects play some, but their careers be made on the practice field so the first team can actually get ready for the season.

We face a much better team Sunday, but a team with a weaker O Line than they showed against New Orleans. I look for our guys to get maybe 5 sacks and a bunch of hurries, and maybe a couple of INTs off those hurries.

My prediction is a 15 point victory for the Black & Gold.