When you’re picking in the 20’s as the Steelers have commonly done in recent years there is always a high degree of uncertainty as to the direction of their selection. Now, picking at 49, the direction the Steelers may go is as uncertain as ever. While it is typically “un-Steelers-like” I’m of the opinion that trading down is a terrific option here. To give you an idea, here a couple of teams that traded down in the second round last year…

So what you could have here is the Steelers trading down as much as ten spots, still getting a guy they’ve targeted, but they pick up an extra pick along the way. With no fifth round selection this year, adding that extra pick would be huge. Could they possibly trade up? It’s always possible but they really aren’t in a position to give up anything to do that therefore I think dropping down is in their best interest.

Newly acquired tight end Eric Ebron has already made himself quite at home on social media. He has no problem taking on those who make comments towards him and he’s even gone after Browns’ fans already too. All I can say is this; I’m not crazy about interaction like that but as long as he backs it up? Go for it.

Tweet of the Day… This is pretty damn funny.

So Dre Kirkpatrick is no longer with the bengals? I guess they finally got tired of him getting stiff armed into purgatory damn near every time we played them.😂😂 We’ll miss you bud😂 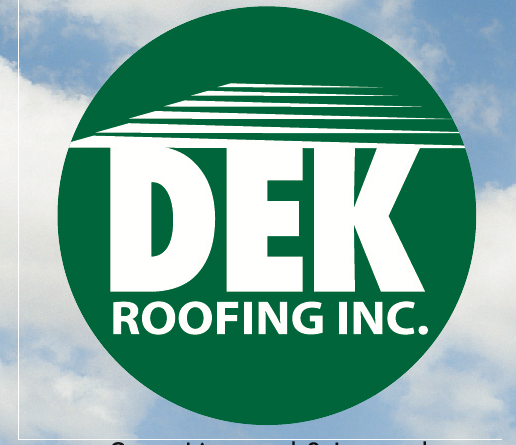 After a very long process of trying to find a sponsor for our podcast I am very excited to announce that we have found one. DEK Roofing, Inc of South Florida has graciously signed on to sponsor us. “Florida???” You may ask… Yes! While a Pittsburgh Area business would have been most ideal, South Florida is loaded with a huge part of Steeler Nation so this just fit perfectly when the opportunity came.

Covid-19 has obviously had a major impact on all of our lives and that goes for the NFL too. Being unable to have any of their allotted 30 personal player visits will greatly impact all 32 teams. One issue that is waiting in the wings is player medicals. The fear is that teams will sign a player based on existing medical reports and then almost immediately release said player once the team has performed their own research once they are allowed to do so. This sounds like fairly typical NFL business to be honest but with all that has gone on players need protections or you could end up with guys flying all over the place even more so than usual.

SCB Steelers Quick Hitters: The “Then There Were 14” Edition

Your new sponsor is real close to 2 big Steelers bars Slackers and Big Dogs. I’ve been to both and was working a job site in Ft Lauderdale they were on also.

Ironic you should mention this… I was actually supposed to fly down there tomorrow but have had to cancel due to this virus. Was planning to visit a few Steelers’ bars while I was there.

I always wanted to visit the Rooney house it’s in Jupiter a bit north of there.