So, if you’re a regular listener of our podcasts here on Steel City Blitz (and if you’re not you should be), then you know that we’ve been talking about doing a blooper reel for quite some time now. Well we finally got it done and we figured that now was a great time to post it up.  With our beloved Steelers out of the post season and the 2014 regular season in our rear view mirrors and fading by the day, why not have a laugh or two with us on the show, right?!

These outtakes are all from Matt’s side of the show, as I am the one who does the intro and inevitably screws it up on the first take.  As I mention in the opening, it’s actually not on purpose, but it just seems to happen as you’ll find out.   We also mention the infamous black n gold crickets, my turtle, and who knows what else!  Oddly enough, we rarely screw up anything during the show, it’s only the intro’s.

Also, this short podcast is likely not for young ears or if you don’t care for any type of foul language in general.  On our weekly shows we keep the podcasts at least PG rated if you catch my drift. We limit any swear words as much as possible; but in the outtakes, you’ll hear us drop more than a few expletives, because well, it just kind of happens 🙂  Please don’t hold this against us, that’s all I’ll say 🙂

Thank you to everyone for a great year on the show and we’ll continue to put out podcasts throughout the offseason as news and commentary warrants, or just whenever we feel like randomly doing a show just because.

So plug in those headphones or tune us in your bluetooth device and let’s have a little fun. And in typical fashion, we actually ended up screwing up the intro to this blooper show because site owner Marc cut off the recording too early…so yeah without further delay… 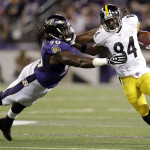 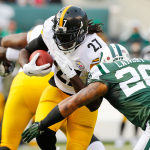