Deja Vu All Over Again for Steelers 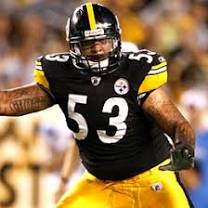 It was a strange yet positive start for the 2013 Pittsburgh Steelers as Tennessee kick returner Darius Reynaud stepped out and then back into the end zone for a safety. As suddenly as that happened it was like 2012 all over again.

The term déjà vu is defined as ‘a feeling of having already experienced the present situation.’

I don’t know of a more apt term to describe the opening game of 2013.

Turnovers, penalties, injuries and special teams gaffes were once again the order of a Steelers’ gameday. Isaac Redman fumbled twice and lost one which was inside the Titans’ five yard line.

All-Pro center Maurkice Pouncey is more than likely done for the season after taking friendly-fire from David DeCastro. Preliminary reports are that Pouncey has both a torn ACL and an MCL. Kelvin Beachum did a very serviceable job in reserve but will they look for more help in a trade or re-sign John Malecki?

Veteran linebacker Larry Foote looks lost for the season as well with a ruptured biceps. Former Steeler Willie Colon suffered a similar injury and missed a season. Does rookie Vince Williams get the nod or is it Kion Wilson?

Cortez Allen and LaRod Stephens-Howling also were injured during the game.

A lot of people will have questions for Mike Tomlin and Todd Haley after this 16-9 loss to Tennessee but that isn’t where they should start. Instead, start with Kevin Colbert and maybe even Art Rooney II who insisted this team go back to a run-first offense despite being built for the pass.

The offensive line is in shambles after week one. Yes, the loss of one guy on the line can have that affect. Don’t believe me? Look how they played the rest of the game.

Thankfully the defense appears to be half-way decent. I still have concerns though about stopping the run. Make no mistake, they held Chris Johnson in check for the most part but in the pivotal 49 yard drive that led to the Titans first TD they were gashed. 11 of the 12 plays were runs.

If you felt like you were back in 2012 today you were. Ben Roethlisberger was pressured on every throw and it appears only a matter of time before he takes yet another shot that knocks him out a few games.

It feels like a bad dream quite honestly but I know it isn’t. We saw this coming throughout the preseason and all last year.

It really is déjà vu all over again for one week at least.

What Were You Expecting the Steelers to...

Did the Direction of the Steelers Turn...

“… start with Kevin Colbert and maybe even Art Rooney II who insisted this team go back to a run-first offense despite being built for the pass.” FINALLY, someone who feels the same way I do! Thanks for saying that out loud. Seems like any criticism of Colbert or Rooney is taken as criticism. And let’s not forget Art Rooney announced that Bruce Arians retired…which turned out to be news to Arians, who then went on to win Coach of the Year. And didn’t Art Rooney insist that Ben “tweak his game”…9 years, 3 SBs and 2 rings into his career?? I could go on…

Seems like any criticism of Colbert or Rooney is taken as blasphemy.

“Instead, start with Kevin Colbert and maybe even Art Rooney II who insisted this team go back to a run-first offense despite being built for the pass.”

There was this enormous groundswell to boot Arians and his “pass-happy” attack for a return to the good old-fashioned Steeler run-dominated offense. I was furious that the powers-that-be failed to understand that in TODAY’S NFL — the teams that (effectively) place an emphasis on the aerial attack win hardware. See Packers of ’10, Saints of ’09, Colts of ’06, Steelers of ’08 – and the Patriots of ’07 and ’11 were razor thin margins from taking their Lombardis.

We did well with Arians’ attack, limited only by a porous OL. Colbert then burnt a pair of ones and a pair of deuces on Pounce, DeCastro, Adams and Gilbert — and we have not seen much of a return on our investment. Colbert seems to have struck out on the DL too – with Hood and Heyward fizzling.

Then, we cut Dwyer – with a dearth of RBs. Doesn’t seem too smart – but word is that was another front-office meddling decision.

Our front office needs to let good football people run the team – and stay out of the picture as much as possible, instead of creating one imposition after another