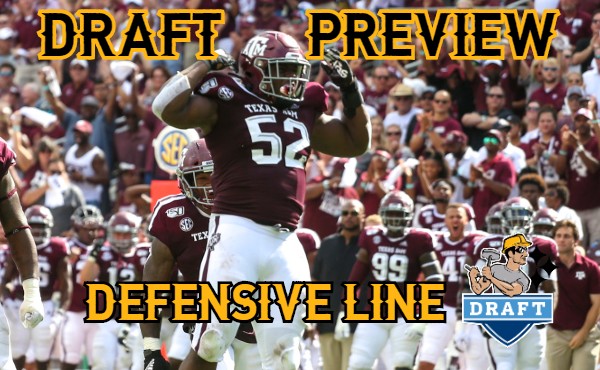 The 2020 NFL Draft is now less than a two weeks away. This year’s Draft will be like nothing we have ever experienced. Due to precautionary measures around the global pandemic of the coronavirus, the NFL will hold a virtual draft. Teams are not permitted to have their brass congregate in war rooms and most of the footage will be done through video and teleconferencing. The 2020 Draft was supposed to be a giant display of showmanship in Las Vegas, but instead will look like a high-end production of your beer league fantasy draft. As we have done the last few years, in the weeks leading up to the Draft we will be taking a position-by-position look at the Steelers roster and where their biggest needs lie in the Draft. After looking at the offense, we turn to the defense which had a re-emergence last year as one of the best units in the league. The Steelers defensive line has the potential to be one of the best in the NFL if everyone can stay healthy.

The Steelers are set at the two 3-4 defensive end positions. Cam Heyward and Stephon Tuitt are among the highest paid players on the team and both had stretches of dominance last year. The issue was that Tuitt suffered yet another season-ending injury, ending his season after just 6 games. He has missed at least 2 games in each of the last 5 seasons. When healthy, Tuitt is a dominant interior force, and the Steelers will need him on the field in 2020. Cam Heyward had another All-Pro season last year, posting 9 sacks. Tyson Alualu is a serviceable backup at any position along the line. The Steelers traded with the Ravens for reserve lineman Chris Wormley who is also a 5-tech type that can play in the nickel package. With the departure of Javon Hargrave in free agency, what the Steelers lack is a true nose tackle, and may look to add one in the draft. That said, they are in a nickel defense for over 75% of snaps so a nose tackle is not a high-priority player on the defense.

The Steelers have depth everywhere except for a true nose tackle, where Dan McCullers is the only player on the roster. McCullers carries a cap hit of over a million dollars, most of which could be saved if he is cut before the season. The Steelers may look to add a true nose tackle in the later rounds of the draft. Given that they are only in the “base” 3-4 defense around 20% of the time, this is not a potential player that will see a ton of snaps, but having someone who can anchor the inside against the run is important for the long-term sustainability of the defense.

There are two interior linemen expected to go in the Top 10 of this year’s draft – Auburn’s Derrick Brown and South Carolina’s Javon Kinlaw. Players like Texas A&M’s Justin Madubuike, Oklahoma’s Neville Gallimore, Alabama’s Raekwon Davis, or Ohio State’s Davon Hamilton may be available for the Steelers in the second or third round. In later rounds, keep an eye out for LSU’s Rashard Lawrence, Utah’s Leki Fotu, or Ole Miss’ Benito Jones. 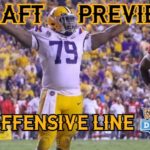 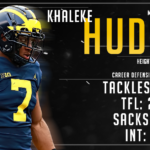