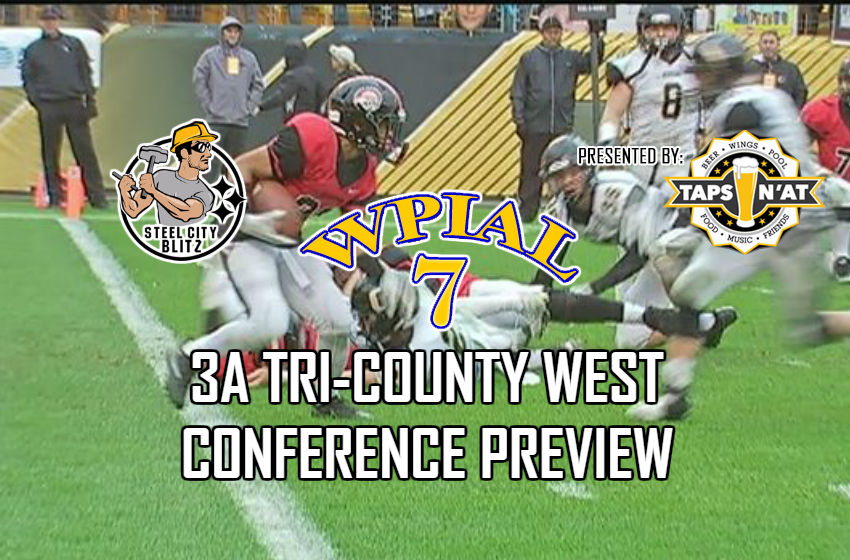 Class 3A underwent some drastic changes this season. Under the previous alignment, there were 3 conferences and only the top 8 teams made the playoffs. This resulted in a very good Beaver team missing the playoffs in 2016 and incredibly complicated playoff scenarios each of the last two seasons. Now, things have simplified. This cycle 17 teams will compete in 3A (down from 23 the last two years). This resulted in two conferences from which the top 4teams will all make the playoffs. However, because the WPIAL likes to over-complicate things, the conferences are aligned in an East-West split rather than in the more sensible and geographically simpler North-South split. The last two years, the 3A State Champion finished in second place in the Beaver Valley Conference. Aliquippa won the conference both years, but was upset in the WPIAL title game by Beaver Falls in 2016 and Quaker Valley in 2017. Both the Tigers and Quakers went on to win the PIAA Class 3A Championship.

The biggest change for the Quips this season will be on the sidelines as long-time coach Mike Zmijanac was ousted by the school board earlier this year. He was replaced by former Aliquippa player and current Central Valley QB coach Mike Warfield. Warfield has promised to open up Aliquippa’s offense and move away from their traditional ground-and-pound attack. The Quips are loaded with playmakers and have the talent to be explosive on offense. Seniors Eli Kosanovich (695 yards, 11 TDs) and William Gipson (446 yards, 5 TDs) split time at quarterback last year. Gipson also played receiver where he had 205 yards and 4 TDs and he has already committed to play at Ball State. The Quips biggest talent is WR/CB MJ Devonshire (359 yards, 10 TDs) who has a number of offers from major D1 schools including West Virginia, Ohio State, and Pitt. Second-leading receiver Deoveon Crute (215 yards, 4 TDs) also has offers from some MAC schools. With Devonshire, Gipson and Crute, Aliquippa will have the top defensive backfield in 3A and possibly one of the best in the entire WPIAL. Last season the Quips had the top defense in the entire WPIAL, allowing just 23 points furing the entire regular season and pitching 6 shutouts.

Just because Aliquippa’s new coach has expressed an interest in opening up the passing game does not mean the Quips won’t still be capable on the ground. Senior RB Avante McKenzie is a violent runner who can power through defenders at the point of attack. After rushing for 1641 yards and 18 TDs last year, McKenzie enters the season with 3149 career rushing yards. He can be the 74th WPIAL player to surpass the 4000-yard mark and would be the 6th Quip to reach that plateau. He would need 2,305 yards to become the Quips career rushing leader. In addition to McKenzie, third-leading rusher Xavier Harvey (470 yards, 4 TDs) also returns for his senior season. The Quip backs will have the advantage of running behind another Ball State commit, senior lineman Solvauhn Moreland. The Quips are the clear favorites in 3A and enter the season with one of the most impressive streaks in the WPIAL having reached 10 consecutive WPIAL Championship games.

The 2017-18 school year was the Year of the Quakers in Pennsylvania. In addition to winning their first WPIAL and PIAA football titles in school history, Quaker Valley won the state championship in soccer and reached the WPIAL finals in boys basketball, boys golf, boys swimming, and girls lacrosse. Their amazing football season was led by Jerry Veshio stepping out of retirement to coach the team after the prior coach resigned a week before the season. Veshio retired again after the season and the district hired Central Catholic assistant coach Ron Balog to fill his shoes. Senior QB Ethan Moore will step into the starting role after seeing some spot duty last season behind 3A Player of the Year Ricky Guss. Moore is a gifted athlete who ran for 389 yards, had 193 receiving yards and scored 4 times last season. He has committed to Kent State to play baseball. He figures to be a dual-threat out of the shotgun with 6’5″ Ryan Jackovic (427 yards, 3 TDs) the top returning receiver. Isaac Guss and Quinn Hill are the team’s top returning rushers after Moore, both averaging over 7 yards per carry in limited work last year. Isaac Guss is the younger brother of last year’s star Ricky Guss but got his moment of fame in the WPIAL Championship when he tackled Aliquippa’s Xavier Harvey in the end zone for a safety – the only points of the game.

The Golden Eagles missed the playoffs last year after dropping their last two games to Freeport and Seton LaSalle. There were some growing pains as freshman Logan Shrubb took over the starting QB role, but he finished with a solid season of 1280 yards and 10 TDs. Leading rusher Michael Daure returns after running for 1134 yards and adding 266 yards through the air and scoring 19 times. Leading receiver CJ Morrow (344 yards, 4 TDs) also returns for his senior season. Second-leading receiver Tyler Hrivnak (274 yards, 2 TDs) will be a junior and should form a formidable duo with Morrow.

A year after winning the state title, the Tigers fell flat with an 0-6 conference record and 1-8 overall mark. A slew of graduations, transfers and injuries made things difficult for first-year coach Nick Nardone. The result was a number of under-classmen getting significant playing time. Seniors Dalyn Brickner and Dwight Collins both missed a number of games from injuries last year and should provide a big boost to the Tigers passing attack. Noah Vaughan took over the starting QB role as a sophomore and will start this season. Beaver Falls got another boost in the off-season when Amen Cottrill transferred back from Beaver. Cottrill was part of the Tigers’ State Championship team in 2016 when he rushed for 6.4 yards per carry and scored 6 times. Last year, he played at rival Beaver and ran for 452 yards and 8 TDs.

The Warriors missed the playoffs last year, the first time since the merger of Center and Monaca school districts in 2010. Central Valley saw a number of injuries last season, particularly at quarterback where 4 different players spent time. Junior Jawon Hall and sophomore Ameer Dudley both return out of that group. Jawon Hall is also the team’s top returning rusher after averaging 7.3 yards per carry. Leading receiver Anthony Mendicino (484 yards, 4 TDs) returns for his senior year. Junior WR Chinua Soloman (123 yards, 1 TD) should see an increased role in the offense this season.

At the end of September, things looked grim as the Eagles sat at 2-3. But they turned things around with a 4-0 run in October to clinch their 4th playoff spot in 5 years. For the third time in those 4 appearances, they drew Aliquippa in the first round. Their top offensive skill players graduated, but a number of young players are poised to step into the lineup. In the backfield, Nathan May ran for 240 yards (7.7 per carry) and 1 TD as a freshman and rising junior Rudy Mihoces ran for 187 yards, added 118 receiving yards and scored 3 TDs. Fellow rising junior Stephen Knonk saw a handful of staps at QB where he figures to take over the starting role. On the outside, second-leading receiver Nick Schnepp (209 yards) is only a sophomore. There may be some growing pains as the young players work their way into the lineup this season, but the talent is there to once again compete for a playoff spot.

The Vikings have not made the playoffs since 2012. Last season got off to a strong 3-1 start, but Hopewell struggled down the stretch, winning just 1 of their last 6 games. Leading rusher DeShaun Sanders (573 yards, 7 TDs) returns for his senior season. Senior QB Mason Colvin threw for 568 yards and 4 TDs last year. Colvin also ran for 214 yards and 1 TD Junior WR Alex Obeldobel (112 yards) is the top returning player on the outside. Senior fullback Garrett Nicol was a short-yardage specialist, rushing for just 177 yards but scoring 6 times. If Hopewell is going to compete for their first playoff berth in 6 years, they will need to tighten up a defense that allowed over 38 points per game in the second half of the season.

The Raiders won just 1 game last season, but that 36-14 victory over Southmoreland snapped a 14-game losing streak that dated back to 2015. Last year’s team featured just 4 seniors so Waynesburg will have a lot of returning experience. Leading rusher Caleb Shriver ran for 550 yards and 4 TDs as a sophomore and will take over at quarterback this season. Behind him, the trio of Nate Stephenson (200 yards), Wyatt Henson (140 yards, 1 TD), and Nick Higginbotham (136 yards, 2 TDs) all saw playing time as freshmen. On the outside, junior TE Avery McConnville led the team with 190 receiving yards and 1 TD. Senior WR Jimmy Straight (113 yards) also returns. Waynesburg will also be shifting from the old Wing-T offense to a spread look with Shriver serving as a dual-threat quarterback, which should increase the opportunities for McConnville, Straight, and senior WR Caleb Stephenson who averaged 12 yards per catch last year.