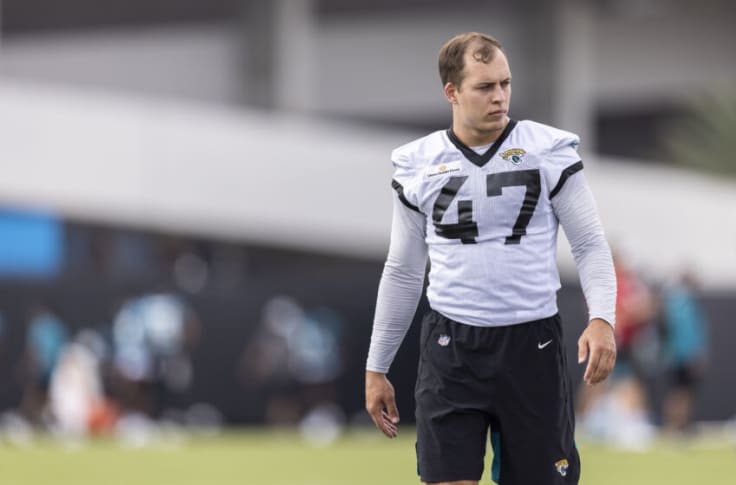 The Pittsburgh Steelers threw their traditional book of “how we do things” out the window two years ago when they traded for Minkah Fitzpatrick. That new way of doing things continued during last night’s win over Philadelphia when they traded for Jacksonville linebacker Joe Schobert. While the late round pick they surrendered isn’t much, many fans are concerned about the contract Schobert brings with him to the Steel City.

Prior to last season, the Jags signed the free agent Schobert away from Cleveland. They did so with a five-year $53.7 million dollar deal. With a new regime in place in Northeast Florida, Schobert was expendable. The former Wisconsin Badger will count about $7.3 million towards the Steelers’ cap. That’s a little more than I would have preferred but it had to be done. The reason I believe this has two key points.

First, the Steelers are not getting what they need from Robert Spillane. In the first quarter last night there were a handful of reasons why as he was beaten in coverage. To be fair, so too was Devin Bush. Schobert is an immediate upgrade in that department and I believe him to be a better tackler too. The second reason why I’m good with this is because the Steelers can part ways with Schobert in 2022 and it costs them nothing in dead money.

My guess is that Schobert could be in Pittsburgh longer than just this year but I’m focused on what he brings now. Yes he provides “depth” but in my book you don’t make this move unless you plan to start him eventually. Kevin Colbert recognized his team had a severe weakness and he addressed it. He certainly does t want to see tight ends running free down the field anymore than you or I do.