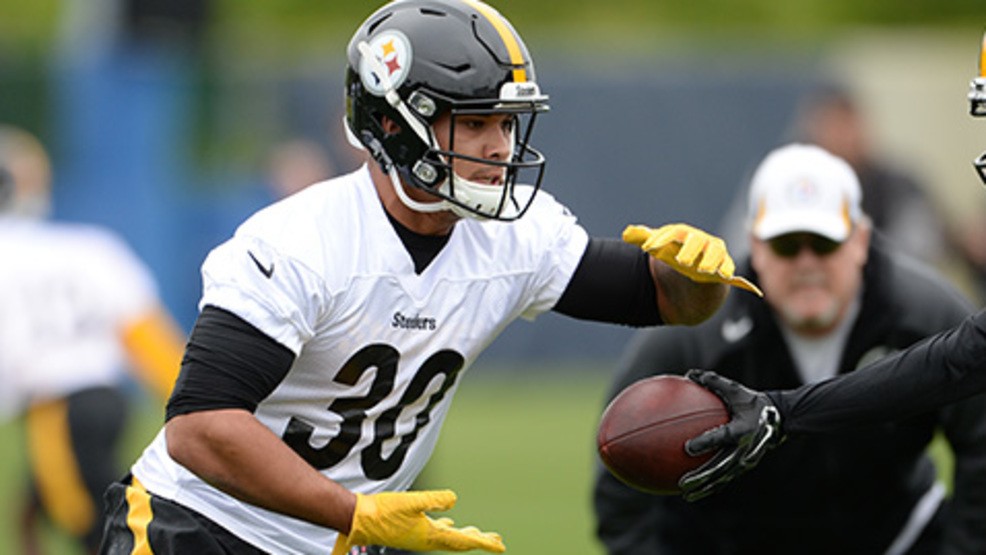 The story for the Pittsburgh Steelers since of the off-season began has been Le’Veon Bell and securing him for the long term. The Steelers franchise tagged Bell in February and after months and months of on and off negotiations, neither side could agree on a long term extension. The off-season has been running back heavy with the signing of Knile Davis and the drafting of James Conner in the third round.  Who will emerge as Le’Veon Bell’s number two and who will be trying to make the practice squad?

Bell is a clear lock and the only uncertainty is a potential long term hold out. While this is unlikely and would be asinine, it isn’t impossible.

Davis was signed mainly signed to be a kick returner and to have a backup running back with experience. In my opinion, Davis is a lock because he is clear-cut better than Fitzgerald Toussaint who is a lesser talent as a returner and a running back.

James Conner is a rookie 3rd round pick who shouldn’t have high expectations. With Bell holding out of camp, Conner should split snaps and get some good experience. It will be good to see what kind of shape he is in and if he can be effective in a zone scheme. I cannot wait to hear about Conner in the ‘Backs on Backers’ drill. Also, I am excited to hear about where his development as a pass catcher and blocker are coming along. Being a high pick almost guarantees a place on the roster.

Toussaint has a steep hill to climb to make this roster, but if an injury occurs, Fitz makes it. If the Steelers had high faith in Toussaint, they wouldn’t have drafted Conner in the third round. As a returner, averaging 21.4 yards per return will get yourself removed from the unit.

Brown-Dukes bounced on and off the Steelers roster last season and has a chance to make the practice squad once again.

Watson rushed for nearly 5,000 yards in just 3 seasons in college. After being an undrafted free agent in 2015, he was on the Cincinnati Bengals practice squad. In 2016, Watson spent time on the Denver Broncos, Cleveland Browns and Philadelphia Eagles practice squads. He earned a place on the Eagles’ 53-man roster for the Eagles for Week 17 of 2016.

Trey Williams is a scat back who will be vying for a place on the Steelers practice squad. I think he has the least of chances but will need to carve out a niche on special teams.

Significant Question(s):  How long will Le’Veon Bell hold out for? Can Knile Davis be an effective returner AND running back? What weight is James Conner at and what will his special teams role be? Who will end up backing up Bell this season?

The Steelers and Bell not agreeing to a long-term extension isn’t as big of a deal as most are making it. Bell is still a Steeler and will play in 2017. With Bell holding out of camp, it gives Tomlin and the coaching staff a better look at Davis and Conner, who will likely start at least one game given Bell’s history.